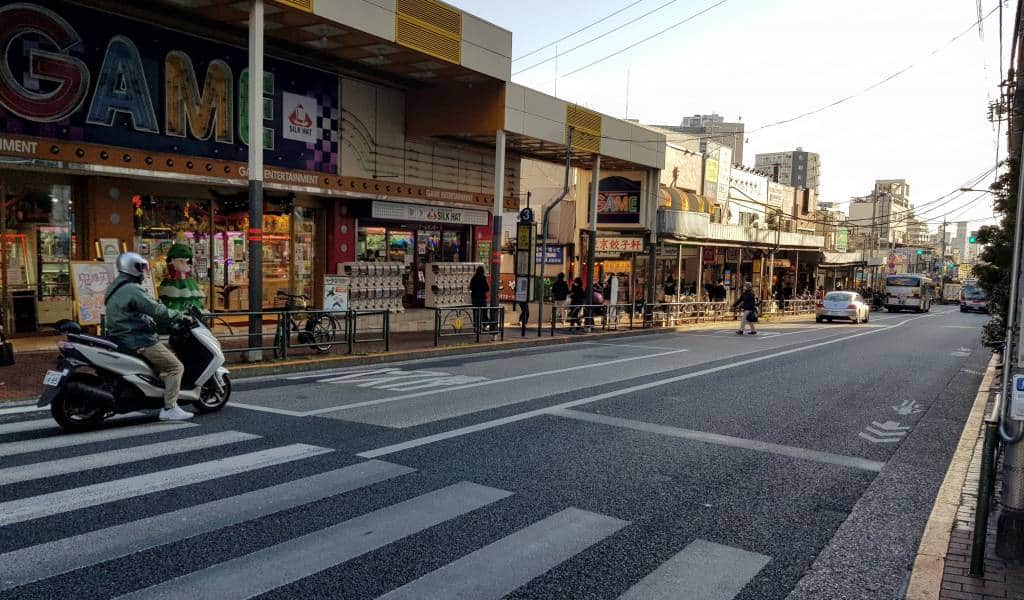 To the south of Shinagawa, Ōmori literally means ‘great forest’. It’s pretty much just a concrete jungle now though.

Ōmori Station is an express stop on the JR Keihin-Tohoku Line. The Keikyu Line also runs through the east of the area with stations Omori-Kaigan and Omori-machi also in the neighborhood.

Directly to the east of Omori are the gambling meccas of Oi Racecourse and the Heiwajima Boat Racing course. As such, on race days, it’s a common sight to see large numbers of elderly men with a rolled up newspaper under one arm being disgorged from the area’s train stations.

Ōmori is also a popular shopping destination. To the northeast of Ōmori Station is a very large Seiyu Supermarket and an enormous branch of second hand goods store Book Off called “Super Bazaar”. To the south east of the station is the Milpa shotengai arcade—a common feature of shopping areas in the south of Tokyo.

The Suzugamori Execution grounds are located about a ten minute walk to the north east of Ōmori Station, at the start (or end) of a section of the old Tōkaidō road that hasn’t been converted into an expressway.

All Articles about Ōmori
Do you want all our best tips on Tokyo? Download our ebook guide!