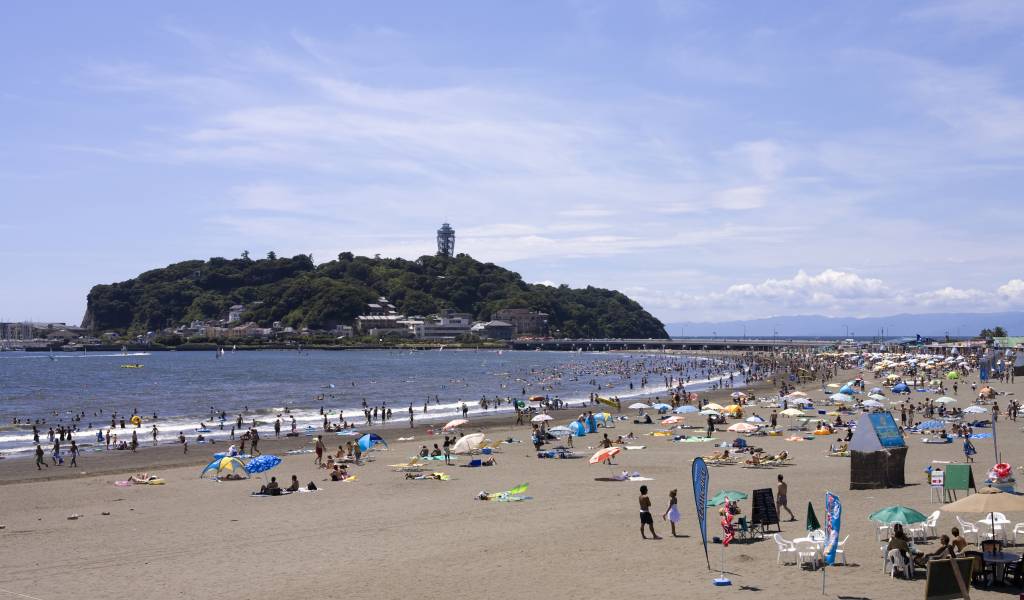 Fujisawa is a city in the Shonan region of Kanagawa Prefecture. Fujisawa is sandwiched between Kamakura to the east and Chigasaki to the west and is roughly rectangular shaped with the bottom of the rectangle being the coast. The most well known beach in Fujisawa is the easily accessible but not very clean Enoshima. Enoshima itself (the island) is a pleasure island just off shore accessible via a bridge from the mainland. On the island you’ll find a shrine an aquarium, lots of souvenir shops and even more cats.

The areas around Fujisawa and Tsujido stations on the Tokaido Line include the usual collection of cheap restaurant chains, supermarkets and izakayas. If you can bear the commute and the cost, living is considerably cheaper down this way than it is in Tokyo.

All Articles about Fujisawa
Do you want all our best tips on Tokyo? Download our ebook guide!