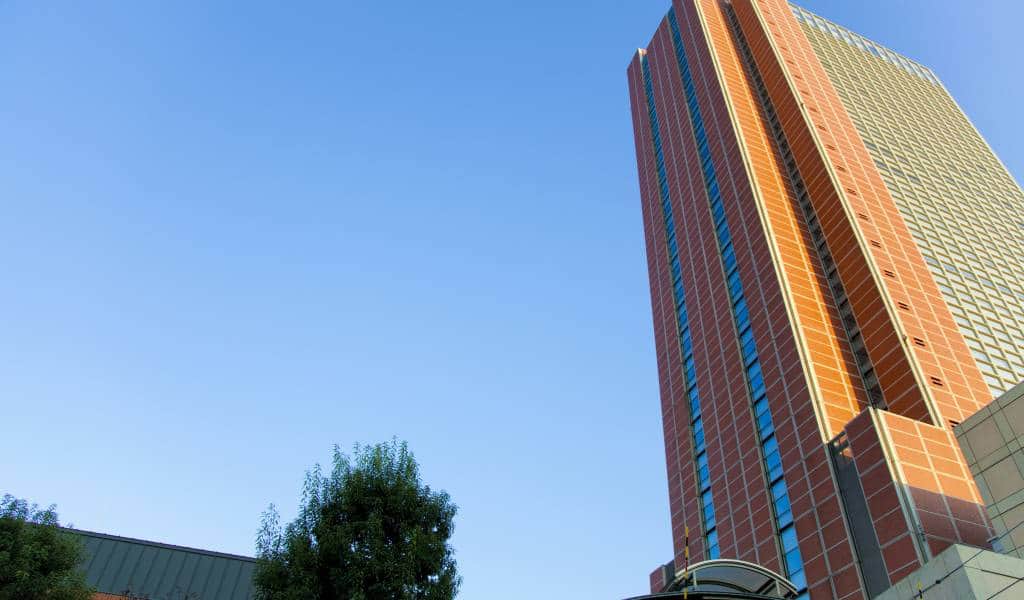 The carrot tower is a 124 meter tall building that rises above Sangenjaya Station. Although it is rather small compared to some of the other huge towers in Tokyo, there aren’t any other tall buildings nearby, so it affords a good view of the metropolis—especially of neighboring Shibuya.

The observation deck on the 26th floor has a restaurant called Sky Carrot. The observation lobby is free to enter and is open from 9:30am until 10pm. When atmospheric conditions allow, Carrot Tower has an unimpeded view of Mount Fuji to the south.

Although the tower in no way resembles a carrot, the name was selected from a competition. “Carrot Tower” was chosen because it was an “energetic name with lots of vitamins”.