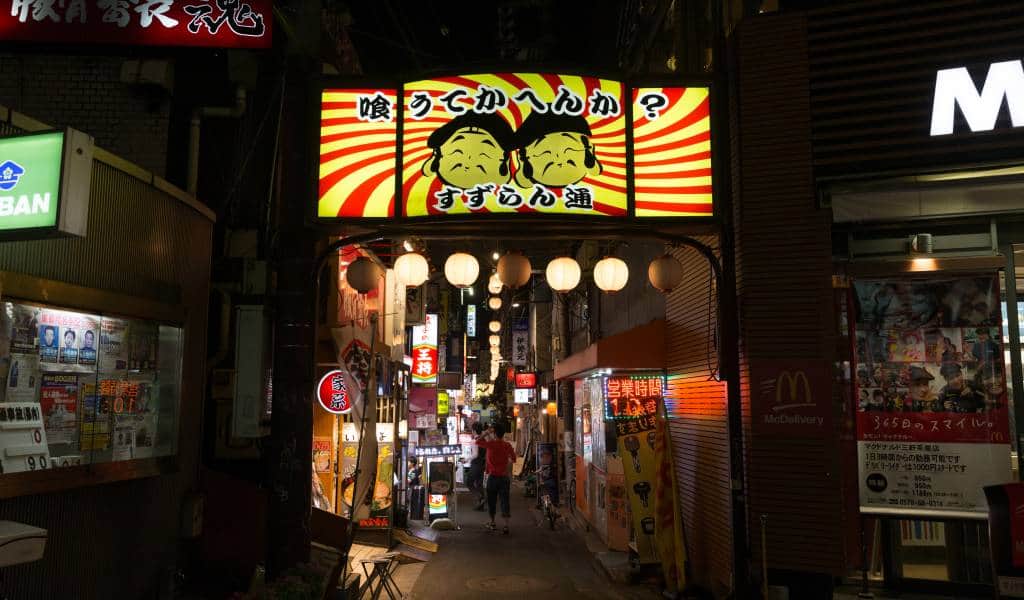 Sangenjaya is a station and neighborhood in Setagaya Ward located just to the west of Shibuya on the Tokyu Denentoshi Line. Sangenjaya is also the terminus of the light rail Setagaya Line.

With its proximity to Shibuya and it’s bustling commercial area, Sangenjaya is often mentioned in the same breath as Kichijoji and Jiyugaoka as a place in which Tokyoites would like to live.

The interestingly named Carrot Tower building (which doesn’t resemble a carrot) rises above Sangenjaya Station. On the top floor is an observation deck called “Sky Carrot” which is free to enter, and which offers a great view of neighboring Shibuya, and on a good day, Mount Fuji.

Although the neighborhood has a slightly fancy image, Sangenjaya also has an authentic drinking “yokocho” area. Sankaku Chitai is a great place to explore and get lost in.

Things To Do in Sangenjaya