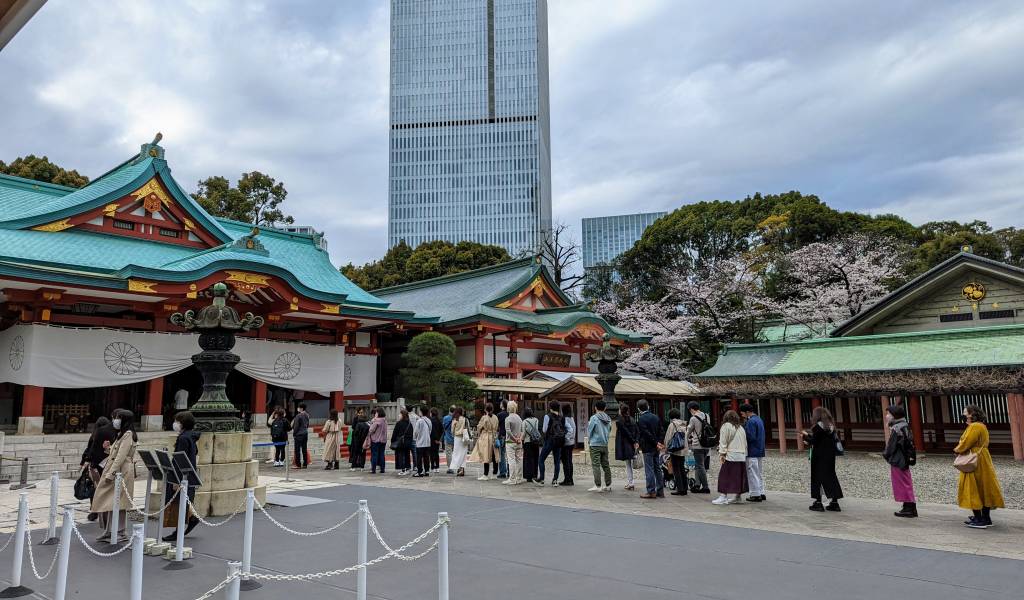 Hie Jinja (shrine) is one of the major shrines of Tokyo. The shrine is located on a tree covered hilltop between the neighbourhoods of Akasaka and Nagatacho.

As one of Tokyo’s major shrines, it’s also the kick off point for one of its major festivals—the Sanno Matsuri.

While most shinto shrines are guarded by dog statues, a unique feature of Hie Shrine is the monkey dieties which guard the shrine.

The shrine is particularly impressive in spring. In front of the main entrance is an old cherry tree which blossoms prodigiously. When the cherry blossoms finish, the wisteria within the main courtyard begin to flower.

Although the main shrine itself is a pleasant and serene place to take a break from the surrounding hustle and bustle, the real highlight is the shrine’s back entrance with a tunnel of 90 bright red torii gates.

Also of worthy of a mention, in typical Japanese old-meets-new fashion, the main entrance steps have escalators either side.

The central part of the shrine closes relatively early at 4pm, but the surrounds and the path of torii gates are particularly atmospheric after dark.