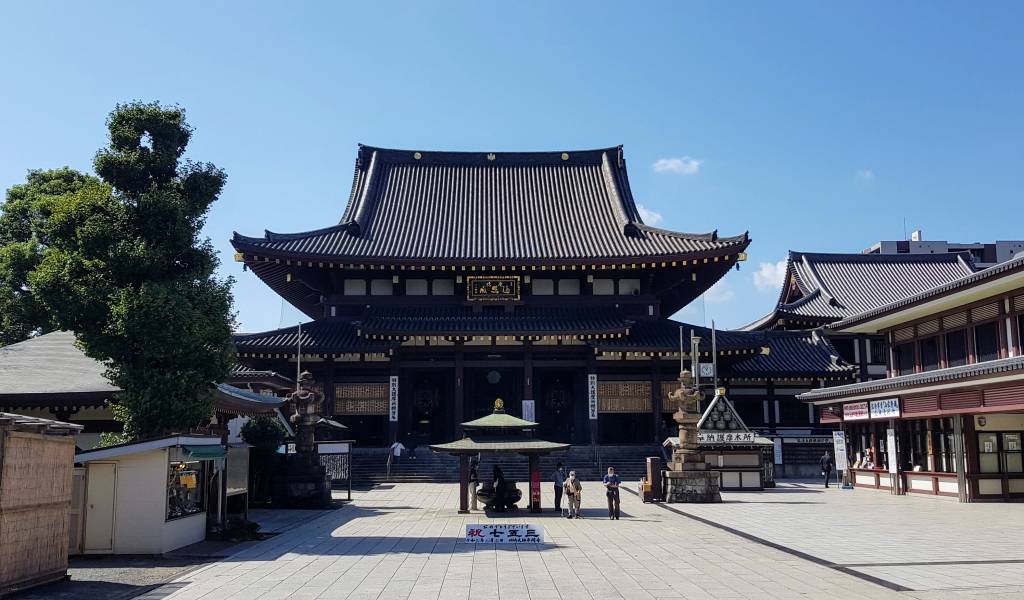 Kawasaki Daishi is a large Shingon Buddhist Temple located to the east of Kawasaki Station. It is one of the most important temples for the Chisan branch of Shingon Buddhism.

Officially named Heikenji Temple, but popularly known as Kawasaki Daishi, the temple was established in 1128. Over the new year period, it is one of the most popular temples in Japan for hatsumode—the first temple visit of the year.

Being a Shingon sect temple, there are lots of dramatic fire ceremonies performed in the main hall. Aside from the main hall, there is a five storied pagoda (only open on the first Sunday of each month and annually on Greenery Day), an Indian style prayer hall, and various smaller buildings and gardens. Despite the temple’s age, due to the Japanese tradition of constantly rebuilding structures, most or possibly all of the buildings date from the 20th century.

The temple is about a 30 minute walk from Kawasaki Station, or you can jump on the cute Keikyu Kawasaki Daishi Line from Keikyu Kawasaki Station and alight at Kawasaki Daishi Station. From the station, there is a gate indicating which way the temple is. Although you can enter through the side entrance, we recommend approaching from the main entrance which is on the eastern side of the temple.

If you’re in the area, you might as well check out the tiny but possible much more famous Kanayama Shrine—host of the annual Kanamara Penis Festival. Shinshuen Garden (closed Mondays) is also a short stroll away.