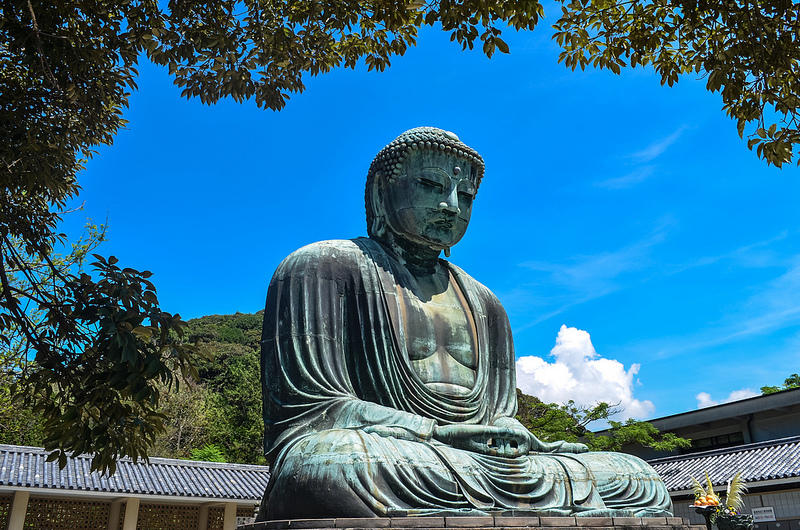 Originally housed in a temple hall, the impressive 93-tonne Amida Buddha has been out in the open air for over 500 years, sitting tall at nearly 44ft. One of the most famous icons of Japan, the Buddha is only out-sized by its counterpart in Nara but is still stunning. The original statue was wooden and destroyed in a storm a few years after being finished in 1243. It’s bronze replacement was funded and finally finished ten years later, with three halls being destroyed around it over the years. Once upon a time the statue was gilded, and you can still see flecks of gold around the ears, and against the bright blue skies it makes for a very pretty picture indeed.