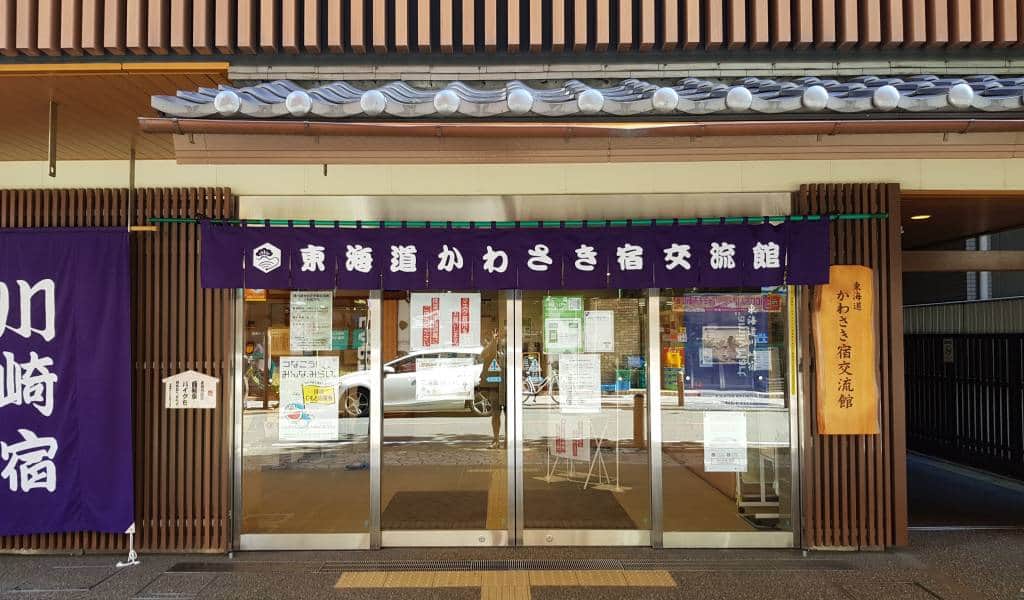 Situated on the old Tokaido (the road that linked Edo and Kyoto along the coast), the Tokaido Kawasaki Shuku Kohryukan is a memorial to the Kawasaki Shuku—the second (or second to last depending on your direction) accommodation station for Edo-period travellers.

The Kawasaki Shuku was situated just to the south of the wharf on the Tama River, where small ferries transported travellers back and forth across the water. As well as offering lodging to those travelling between Edo and Kyoto, it was a destination in itself for pilgrims heading to nearby Kawasaki Daishi temple.

During Edo times (Edo is the old name for Tokyo) the Kawasaki Shuku was a small village of only about 500 people. The Kawasaki Shuku Kohryukan museum records this history while also explaining the transformation into a modern city of over 1 million. Looking at the model of the shuku on the second floor, you can see that the path of the Old Tokaido road through Kawasaki hasn’t changed. Everything else though—except for a few temples and shrines—has been redeveloped in the ensuing 160 years.

Unfortunately, there is a dearth of information in English. However, there is an area where you can dress up as an Edo-period traveller and take photos. At the time of our visit, it was off-limits due to COVID-19 precautions.

Sousanji temple just across the road predates the period of the Kawasaki Shuku and was likely founded during the Kamakura Period about 800 years ago. The current building is probably of quite modern vintage.

The museum is a 5 minute walk from Kawasaki Station.