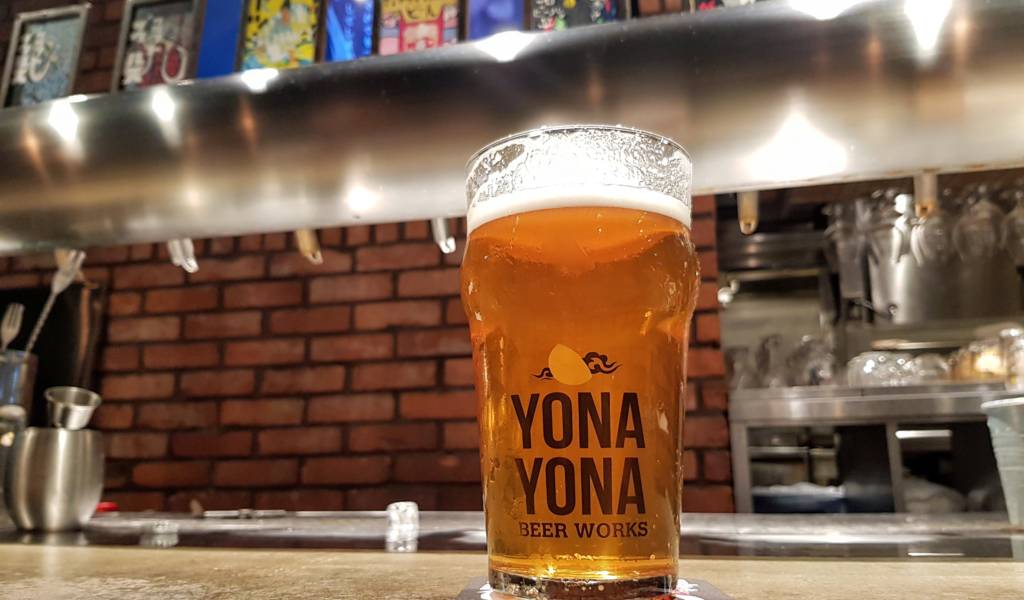 Yoho Brewing is a brewer from Nagano Prefecture that is well known for selling affordable “craft beer” in cans at supermarkets and convenience stores. Don’t expect amazing value at Yona Yona Beer Works though—UK pints are from ¥900 to ¥1,000 but beware, as menu prices do not include consumption tax. Non-alcoholic drinks such as Oolong Tea, Caleb’s Cola and Yuzu Soda are in the ¥400 to ¥500 range.

The restaurant has both table and bar seating, but if you want a table on a Thursday or Friday night, you’ll need to book ahead as it’s a popular spot with local office workers. In this respect, the dearth of craft beer options in the Akasaka area seems to work to Yona Yona Beer Works’ favor.

On the positive side, they do have some seasonal specials on tap and they have a couple of “Craft Saurus” draft beers that aren’t available in the cans.

Overall the staff aren’t very friendly and they seem a bit harried—it’s unusual for Japan to be asked three times in the space of 2 minutes to drink up and leave at closing time.