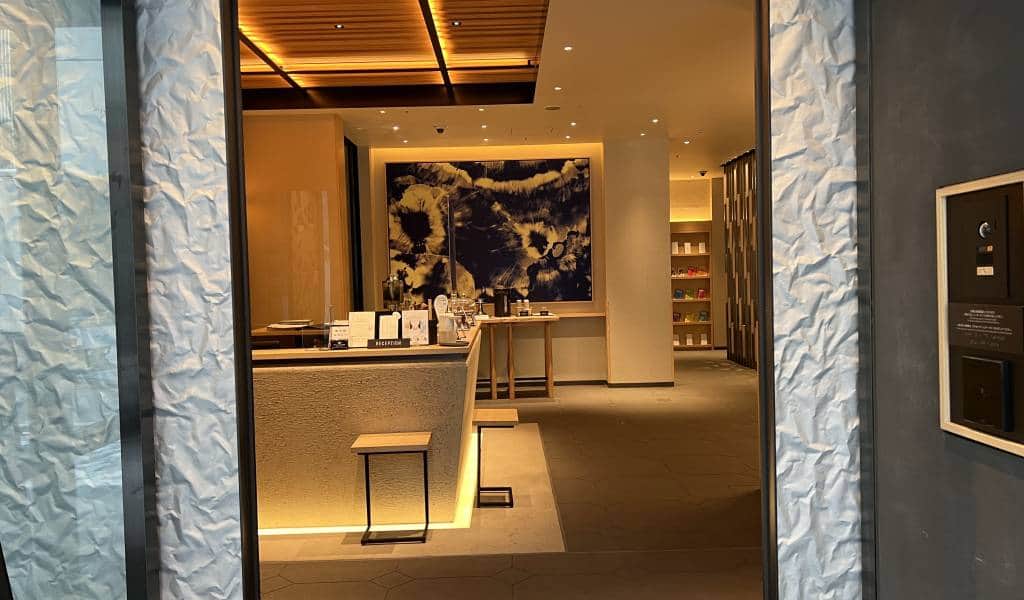 Agora Tokyo Ginza is a comfortable and cost effective Tokyo accommodation option, located a stone’s throw away from the glitzy Ginza shopping district.
Pros: Compact but stylish interiors, dimmiable shower lights(!), nice roomwear and a small work space in the lobby.
Cons: Not many cafes near by, breakfast probably not worth it (especially if you don’t want bread).

There’s plenty of sockets in the room, but the standard rooms don’t have an adequate desk space if you want to sit with a laptop. There is table space, but you can’t fit your legs under the table as the fridge takes up all the space.

The air conditioner is quiet and there is a dehumidifier if you need it.

There’s not much of a view to speak of. If you’re on a high enough floor, or premium room you may have a window onto the outside world, but many of the lower rooms will have the view blocked by the neighbouring buildings.

There’s not many features or shared spaces in Agora Tokyo Ginza. The lobby is a small but reasonably tasteful space and has a some seating with power sockets. There’s also a tiny roof garden, but it has no view and so feels just like a private patio.

The Hotel is very close to Higashi-Ginza Station, walkable distance with luggage for most travellers. It’s also a short work from all the action in Ginza. So if you’re planning on some department store shopping, high-end sushi or watching some kabuki

Higashi-Ginza station is a one-stop ride to/from both Narita airport and The Cheapest and Fastest Ways to Get from Haneda Airport to Tokyo on the Keisei/Asakusa line. So handy if you want to avoid figuring out train connections just after a long haul flight. Also depending on your budget, it’s on the right side of town for a not-too-expensive taxi from Haneda airport.

Is the neighbourhood quiet? Noisy?

The hotel rooms are very quiet, being off the main road on a quiet back street and Higashi-Ginza isn’t rowdy at night anwyay.

No, there’s little choice and particularly dissapointing if you don’t want bread.