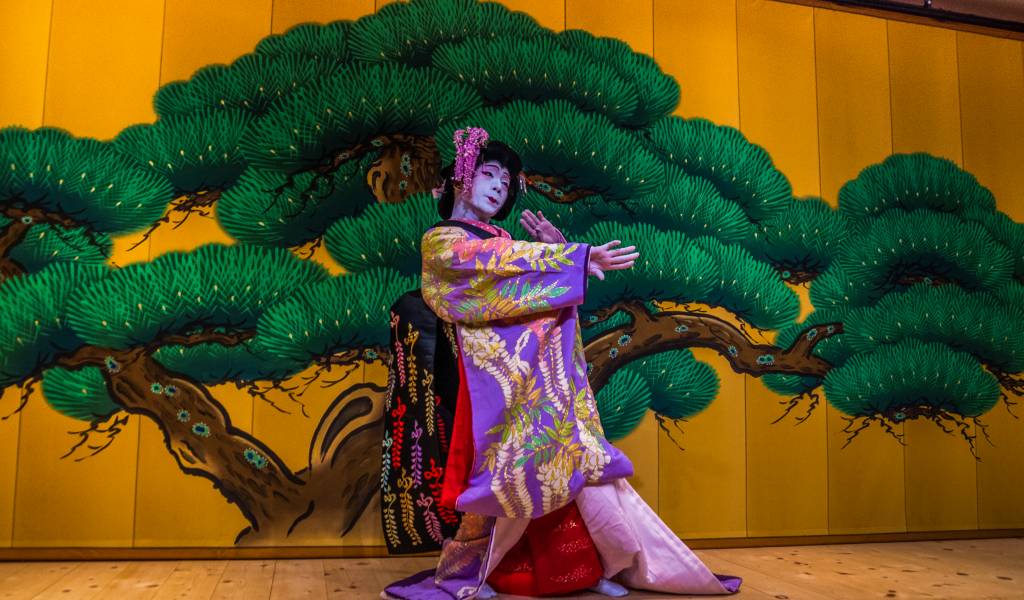 How to Score Cheap Kabuki Tickets

It might sound hard to believe, what with it having been advertised as “classic” and as “high art” but Kabuki was—and to some extent still is—as pop as anything can be in Japan. The themes come from popular stories, the plots can be as soppy as any soap opera (or for that matter as regular opera, another genre that got bumped to high-class rather recently), the production is obviously designed to impress and dazzle, and the acting is too stylized to resemble anything that could be even remotely considered “art theater”.  It was created 400 years ago to appeal to the uneducated masses, it was linked to prostitution (male and female) and it was regulated because the shogunate authorities were always afraid that it could stir unwanted reactions from the masses—which it often did anyway.

Die-hard fans still consider it as such today even though times have changed and there are only a few Kabuki theaters left in Tokyo. Ticket prices have gone way up (starting at 4,000 yen and going all the way up to 20,000 yen) and the three main stages (the Kabukiza in Ginza; the Shinbashi Enbujo a little up the road between Ginza and Tsukiji; and the Kokuritsu Gekijo, the national theater in Hayabusacho, Chiyoda) are posh enough to justify evening gowns and expensive suits—or fine silk kimono. And it’s a shame because as soon as you get into the theater—and especially Kabukiza—the atmosphere is rather relaxed: people are eating and drinking (yes, in the hall, during the performance), cat-calling actors at peak moments, buying souvenirs and taking selfies pretty much the way they’d do in any pop performance.

Setting aside my personal love for Kabuki, I’d certainly recommend it to anyone: it’s a great way to experience true Japanese culture, especially of the Edo period and its townspeople—i.e. popular and rowdy and gaudy; also it’s a unique opportunity to see the tremendous work the actors put in their craft, work that has been refined by centuries of oral tradition. (The actors belong in families-guilds and they are taught everything—from makeup to playing, dancing and singing to directing—from their seniors often starting at kindergarten age.)

But what happens with the money, you say? Kabukiza offers a solution that could have been lifted out of the Tokyo Cheapo manual (yes, there is one). It’s called the “Hitomakumi” (“single-act”) tickets and it’s devilishly hidden in the Japanese-language website of the theater, in the “News” section, although some general information is also available in the English-language website‘s “News” section along the left-hand side. The long and the short of it is that if you are willing to wait in line for 30-120 minutes and to sit (or stand) as back as possible, you might be able to get one of the 90 seats and 60 standing places for anything from 800 yen to 2,000 yen. (The price is determined by the length of the act and the popularity of the play.)

*Note that you can’t buy the tickets online. The Japanese and English sites just provide the play/act info, sale times and prices. You must go to the Single Act Box Office at the Kabukiza Theater to purchase tickets. Also note that you can only pay in cash—although that’s not any different from most places in Japan.

Is a single act enough? Depending on the play, it might very well be: a Kabuki act can last up to 2 hours.  If you combine it with one of those very handy English-subtitle tablets (rented at the entrance for 1,000 yen) you’ll be able to get a very good first taste of Kabuki and see if you want to explore it further.  What you won’t get with a single-act  ticket is full access to all souvenir shops but since Kabukiza’s last major renovation in 2013, there’s a solution for that too: going down the escalator at the right side of the theater’s entrance you get to the Kobikicho Plaza, a part of the Higashi Ginza subway station that has been converted to a Kabuki-themed marketplace. Everything there is Kabuki-related—from souvenir shops to convenient stores and cafés and some of the stuff  can’t even be found in the regular shops in the theater.

So there you have it: a Kabuki experience for less than 2,000 yen—and without having to resort to amateur performances. This is the real deal with top actors performing at the same time for those 20,000 yen high rollers in the front rows. Sure, you won’t get to see the whole play (although if you really liked it you can rush outside and go stand in line for another single-act ticket—yes, you can only buy one ticket at a time for each act) but you’ll get a chance to see one of the oldest and most spectacular aspects of Japanese culture. And if you find it too stilted for your tastes, at least you haven’t spent a fortune!