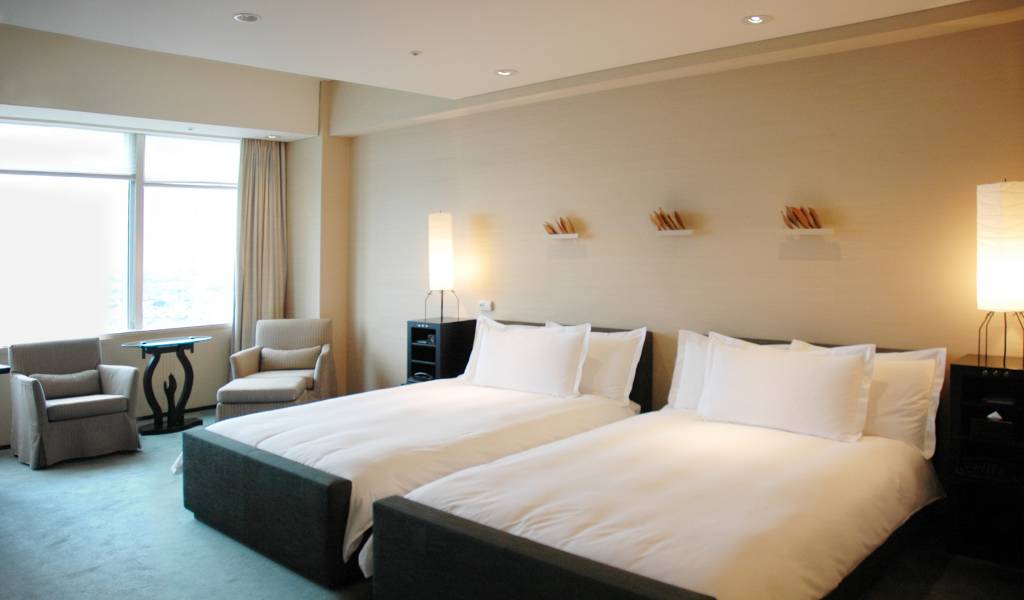 How To Get A Cheap Five Star Hotel In Tokyo

Although hostels and Airbnb are popular options for travelers nowadays, we understand that some might still prefer to stay in a hotel. As cheapos, we may be better versed in finding accommodations that are relatively cheap to begin with, but we also know a few tips here and there for booking a three to five star hotel in Tokyo for less than the usual price. Take note—”for less” does not necessarily mean “for a cheap price“. After all, a cheap five star Tokyo hotel is wishful thinking now, isn’t it?

These tips will work best for 3-star hotels (business hotels), though you might also have a moderate amount of luck with 4-star hotels. As for 5-star hotels, it might be a bit difficult to get a room for a reasonable rate, but hey, it also happens!

1. Familiarize yourself with peak and low-travel seasons…

…And if you can help it, try not to visit during these times! For Japan in general (including Tokyo) are:

Some regions might have additional peak seasons, though. For instance, late October to November is also a busy time for Kyoto because of its beautiful autumn leaves, early February in Hokkaido is the Sapporo Snow Festival, and early August is festival season in the Tohoku region. In any case, we’re featuring Tokyo in this article, so we’ll focus on that from hereon!

Conversely, January after New Year and February comprise the low season because the cold winter and post-holiday period mean that nothing much is going on—no major festivals or events. High end Tokyo hotels are more likely to give out discounts during this time, as they naturally need to entice guests, so keep an eye on those booking websites! Mid-May, when it’s post-Golden Week drudgery for Japanese office workers, and June (which is the season of summer rains) may also be relatively quiet.

2. And speaking of booking websites…

Of course, you already know the popular options—Booking.com, Expedia, Agoda, Hotels.com, and so on. Yes, they offer good deals and bargains, and you definitely should use those websites. But if you’re looking for Japan-specific websites, Jalan.net and Rakuten Travel are two options worth considering.

They feature some smaller 3- to 4-star hotels (mostly business hotels) that might have slipped past the larger websites’ radar (which is a major plus factor), and, while our experience is that larger websites like Booking.com are more likely to offer discounts and bargains, Jalan and Rakuten Travel will occasionally have cheaper rates. If you can read Japanese, all the better, because the Japanese versions of those websites have more comprehensive listings.

Signing up for these sites really helps, as you can receive updates about sales and members-only deals. You’ll want to look out for promos, sales, coupons, and the like.

And here are even more options for those who can understand Japanese. These websites claim that by booking with them, you can get high-end hotels at significantly discounted rates:

Lastly, while this isn’t a booking website, check out Ippaku3000 (website in Japanese), a listing for hotels that charge not more than 3,000 yen per night. While this website isn’t entirely accurate in that at least some of the 3,000-yen plans of those hotels often have a catch such as a group booking, and checking the hotels’ Rakuten Travel page also reveals price fluctuations depending on the season, this should serve as a handy guideline for which hotels have more affordable rates—perhaps a bit more than 3,000 yen, but nothing too pricey. Don’t expect anything 5-star, though; these are business hotels (and really, a 5-star hotel with a discounted rate that’s close to the 3,000-yen range is something we’d love, but one that has no chance of happening!), so they’re usually 3-star hotels.

Now, of course, it’s best to scout for options and to book a hotel as early as possible (at least 2 months in advance is a good rule of thumb—but make that as much as 6 months if it’s peak season!). Some hotels even have early-bird discounts; look out for the kanji 早割, which literally means “early discount”!

But if you ever find yourself needing a hotel at the very last minute, there are certain discounts of that kind available. There’s a Japanese term for those last-minute sales/plans: 当日限定 (toujitsu gentei), or “exclusive to the day itself”. Some are not literally only valid on the day itself, as they may offer these rates up to 3 days in advance. Here are Jalan’s, Rakuten Travel’s, Tocoo’s, and Ikyu’s pages for last-minute sales. All pages are in Japanese, though. While last-minute rates are usually the cheapest you can get, remember that booking at the last minute is something done at your own risk! As tempting as those rates are, you might want to think twice about risking being homeless in Tokyo because you waited too late to book a hotel.

Aside from the flight-and-hotel packages offered by many booking websites, there are shinkansen-and-hotel plans for tourists as well. For example, View, JR’s travel agency, has transportation-and-hotel packages, although the website is entirely in Japanese. They don’t just offer shinkansen-and-hotel (or ryokan) packages. Depending on the location, you might be taking a limited express, plane, or bus. Other travel agencies such as JTB and H.I.S. also have such packages; maybe your local travel agency may even be able to arrange something for you, so don’t hesitate to ask! Even some low-cost carriers (LCCs) may occasionally have affordable flight-and-hotel combos. Of course, these packages are a steal only if you’re planning to travel beyond Tokyo!

This can sometimes be cheaper, although if you really want to make sure, you’ll have to do some comparing, of course. If you can read Japanese, you’ll see that many websites have various coupons, promotions, and packages. Some examples are a women-only promo, a weekday-only package, a discounted rate for those who check in after midnight, and the like. Sadly, some pretty useful hacks for booking hotels do not favor tourists who cannot speak or understand Japanese (something that hotel and website owners might want to keep in mind in preparation for the 2020 Olympics), so if you don’t know Japanese, we hope you can find someone to assist you with your booking!

Written by: Tiffany
Filed under: Places to stay
Tags:
Sharing
Questions or comments about this article?
Start a thread on our community forum
Ask our local experts about Tokyo