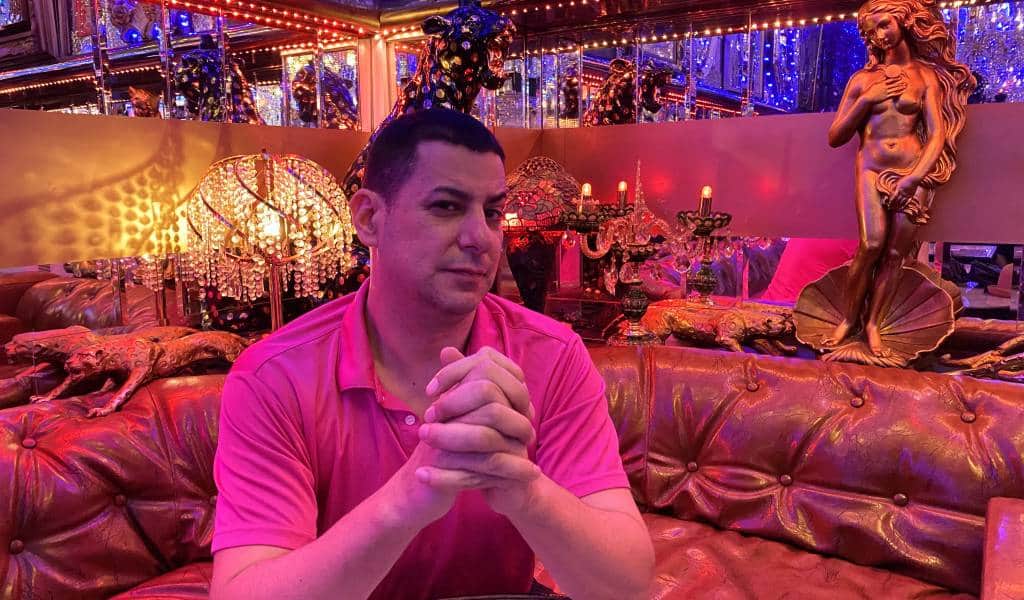 TV drama Tokyo Vice is based on the real-life story of American-journalist-in-Japan Jake Adelstein. It’s set in 1999 and takes viewers deep into Tokyo’s underworld — think tattooed yakuza, host and hostess clubs, and plenty of dramatic scenes set in Kabukicho. But how well does the show capture our beloved city? We chatted with the man himself about what Tokyo Vice gets right (a lot!), old haunts then and now, and where to find that Tokyo Vice feeling today.

First, some background: Jake Adelstein is credited as having been the first foreign journalist to work at the Yomiuri Shimbun, the newspaper with the largest circulation in the world (and fictionalized as the Meicho Shimbun in the show). For several years he covered the goings-on of the Tokyo Metropolitan Police Department’s Fourth District — which includes Kabukicho, the famous red-light district in Shinjuku. He’s had a lot of, uh, adventures, which he’s chronicled in his memoir, Tokyo Vice: An American Reporter on the Police Beat in Japan, on which the show is based.

Jake, who’s an executive producer on the show, told us that he had an active role in pre-production. He offered up photos, magazines, and books from his personal collection to the writers and show runners for inspiration and offered suggestions on the scripts. Though he stresses that the show is ultimately a work of fiction, he hoped it would be “true to the time and the way people spoke, the way that they dressed, and the way things looked.”

His verdict? “It’s really a wonderful recreation of the city at the time.”

Jake on Kabukicho then and now

Of course, we asked him to elaborate.

“Well first of all you had people openly advertising very sexual services, almost all of which are legal here,” Jake explains. And then goes on to describe some of Kabukicho’s finer establishments from back in the day, like the airplane-themed establishment for customers looking to simulate the mile-high club experience. Or the one modeled after a subway car for train-groper role play. Or the place that he recalls got shut down on a technicality — improper storage of human breast milk, resulting in a public health violation.

If there’s one thing to know about Jake, it’s that he always gives good story.

“I’m not saying I personally went to all of these but you sort of had to know because that was your beat. Sometimes the police would bust some places that were so crazy and obscene that you couldn’t really write it up in the paper.”

He recalls hanging out at the café inside landmark Kabukicho building Furin Kaikan, which he describes as having functioned as something like a DMZ for the various yakuza groups.

“Sometimes I would just go there with an English newspaper and sit there and listen to them speak to each other. It was kind of amazing because you know what? They forget that you’re there, because you’re a gaijin. And once they start talking about business — Jesus, man the lives of these guys.”

While Furin Kaikan still exists, don’t expect a scene out of Tokyo Vice today. “The restaurant is half the size it used to be and of course you won’t see any tattooed thugs. They just don’t go out in public that way anymore.”

So how else has Kabukicho changed?

“[Back then] it was thronged. There were always people there. Things went on late all night. There was constantly brawls on the streets. Thugs walking around. Mercedes-Benzes coming in and out of there. You felt like, yeah, this is kind of a dangerous, weird, exciting place… It didn’t have this Mickey Mouse feel. You didn’t have Godzilla there in the background.”

Gone, too, are the secret-but-not-secret underground casinos and the old Koma Theater, a symbol of Showa-era Shinjuku that closed in 2008. More chains and franchises have moved in, displacing the mom and pop shops that once dominated.

“There’s still some little bars I go to. And there’s this jazz cafe Dug that’s been around for ages. And the movie theater is great. It’s a fun entertainment district but more and more it feels like Times Square.”

We also asked Jake to share some recommendations, of long-time haunts and places in the city that capture that Tokyo Vice 1999 vibe.

Lady Jane, Shimokitazawa
For a cool place to chill, Lady Jane in Shimokitazawa is still wonderful. It’s just a perfect sort of jazz bar that plays jazz LPs and sometimes they have live music. It’s dark. They let you smoke.

Alfie, Roppongi
Another place that’s really great is Alfie in Roppongi. Right next to the police station. It’s a very small little venue that plays live jazz almost every night. They have this wonderful regular — she plays Cuban jazz on the violin, her name is Sayaka.

(Jake would like to clarify that Alfie should not be confused with Alife, the big nightclub down the road).

Cafe Eight, Roppongi
One other place that always remains a delightful dinner out, that still has that wild Kabukicho feel is any of the Cafe Eight restaurants. The Roppongi one is the most outrageous because there’s a phallic symbol hanging above the communal table.

Editor’s note: After 40 years in business, Kokucho no Mizuumi was an early victim of the COVID-19 pandemic and appears to be gone for good. To get an idea of what you missed, click the link above to see the club’s Instagram feed.

Arty Farty, Shinjuku
The music is good, everyone is friendly, and on weekdays you can sort of dance.

Jake’s done a whole series of articles over at Unseen Japan that covers more details about the portrayal of his life and the yakuza in the show.

He also recommends checking out the show Throwing Stones (Ishi Tsubute) on Netflix Japan. It’s a police drama based on a work of nonfiction from Jake’s Yomiuri Shimbun sempai and mentor, Hidetoshi Kiyotake.

Tokyo Vice can be streamed on Wowow in Japan and on HBO Max in the US.

Written by: Rebecca Milner
Filed under: Editorial
Sharing
Questions or comments about this article?
Start a thread on our community forum
Ask our local experts about Tokyo