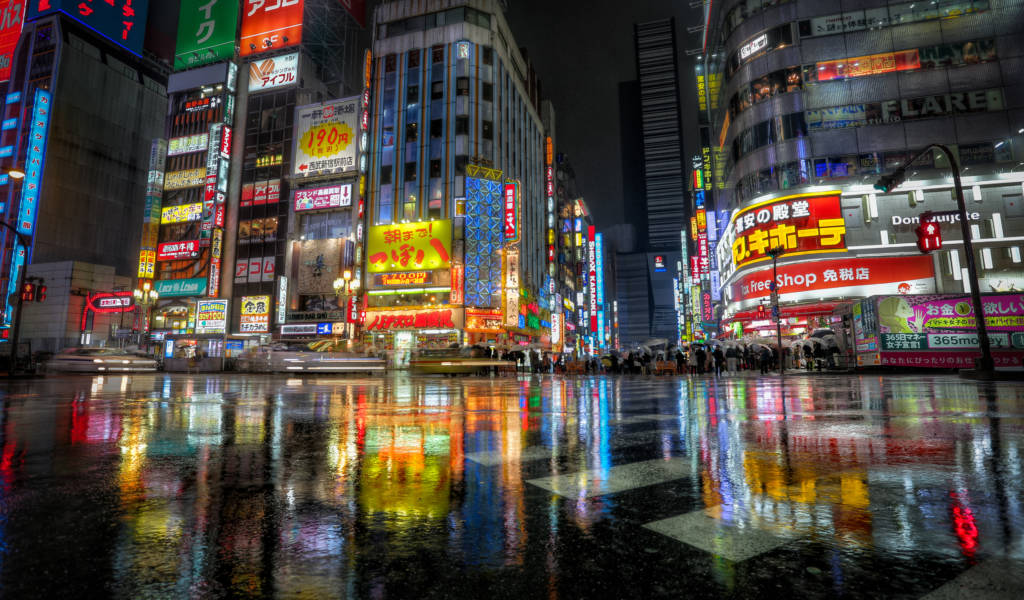 Things that Tokyo Vice gets Right and Wrong about Tokyo

Set in Tokyo in 1999, Tokyo Vice is an antidote to all those cartoonish, over the top depictions of Tokyo, like in the Netflix series Kate, or in the upcoming Hollywood blockbuster Bullet Train. The attention to detail will trigger nostalgia for anyone who was in Tokyo at the turn of the millennium, and since it was shot in 2020/21, there’s plenty for present day residents to relate to as well. So what exactly does Tokyo Vice get right about fin de siecle Tokyo, and what does it get wrong?

Let’s first acknowledge that Tokyo Vice was made for an English speaking audience in 2020/21. We’re not going to nitpick—so there are shops and buildings that didn’t exist in 1999 and the subway gates are very much of the modern type—big deal. Trying to create a complete reproduction of 1999 Tokyo with CGI (like the fantasy land in Bullet Train) would have been impossibly ambitious to shoot.

Oh, and there are minor spoilers ahead, so stop here until you’ve had a chance to watch the series!

What Tokyo Vice gets right

Living in the subdued, semi-post-pandemic world of Tokyo in 2022, sometimes the scenes from Tokyo Vice look a bit over the top, but they’re generally an accurate portrail of life at the time.

To start with, smoking was absolutely pervasive. Non-smoking areas almost didn’t exist in cafes and restaurants. If they did, they were usually out the back next to the toilet with the best seats next to the window reserved for smokers. The arrival of non-smoking Starbucks in 1996 was revolutionary.

A big part of Tokyo Vice are the hostess and host clubs of Kabukicho. The depictions of these establishments is almost spot-on, with a rare (for films and TV dramas) insight into the inner business workings of these places. The unlikely path from clean-cut mormon to hostess is real too, as evidenced in this interview of a missionary who went from a clean-living mormon to a hard-drinking host in Kabukicho. Forcing hostesses and even regular office workers into prostitution after racking up huge debts at host clubs is, sadly, a thing too.

Lastly, the night club that Jake can often be seen in, is likely a depiction of Roppongi club Gas Panic—a notorious pick-up spot in Roppongi that closed for good in 2011. At times you can see dancers dancing synchronously, this is Para Para. Para Para had an enormous boom in late 90s/early 2000s Japan.

In the first episode, Jake takes an entrance exam for the fictional Meicho Shinbun surrounded by others all wearing identical suits. These are known as recruit suits, and are still as prevalent as they were back in the 1990s.

Did we mention smoking? Smoking wasn’t universally OK in offices, but it was prevalent. The co-worker of this writer used to refrain during the day, but as soon as the clock struck five, he’d fill the office with a thick haze of acrid smoke, which was a great incentive to avoid overtime.

The style of the offices—harsh flourescent lighting, tiny desks with no partitions, huges piles of paper—were definitely a thing in 1999, and are still a common sight today. They’re becoming rarer in the big cities though as companies struggle to find young recruits. Having an office in a nice building with a fancy office has become an important recruiting tool.

In a conversation with the hostess club owner, Samantha mentions that she has a visa, the implication being that her boss doesn’t have the power to blackmail her. This is because at this time, it was common for foreign hostesses to work (illegally) on temporary visitor visas. Hostesses, and anyone else working on a tourist visa, was constantly at risk of being arrested and deported, so they were at particular risk of exploitation by unscrupulous employers or yakuza.

Sadly, the sexism and casual sexual harrassment suffered by Jake’s boss Emi Maruyama (played by Rinko Kikuchi) in Tokyo Vice was (and still is) very real.

The tiny apartments in which the non-Japanese characters of Tokyo Vice live were and still are typical for some of the busiest parts of Tokyo. 1K (one room with kitchen) apartments and studios are the most popular kinds of places to live for singles in their 20s. As Polina’s roommate explains, apartments aren’t a place to hang out, just a place to sleep.

The problems that Samantha has renting a space for her club are familiar to any foreigner who has searched for a rental apartment in Japan. Most landlords still refuse to lease to foreigners.

It was a nice touch adding music by Japanese-American singer Hikaru Utada. The catchy pop songs of Utada were a constant, unavoidable soundtrack at this time. Songs like Automatic, and Movin on without you were everywhere.

Something else that was pervasive at this time was “gyaru” (gal) culture. The gyaru look was a deep tan, long silver or platinum blond hair, heavy black or white eye make-up, huge platform shoes, and bright colored clothes. Gyaru are briefly glimpsed in Tokyo Vice, but in reality, they were everywhere in places like Shibuya 109 and in Harajuku.

Before visiting Detective Katagiri’s house, Jake visits a shop and buys some very expensive fruit as a gift. There’s a misconception that all fruit is hideously expensive in Tokyo. It’s often overpriced, but this expensive boxed fruit is specifically intended as a gift that you might give to someone when you visit their house. You typically can’t buy this at your neighborhood fruit and veg stand, you have to go to depachika as Jake does in Episode 3.

What Tokyo Vice doesn’t get quite right

Tokyo Vice does such a good job of depicting Tokyo that it’s really hard to pick holes in it. Many of the things that aren’t quite right are just because the story has to be adapted for an English-speaking audience, but we spotted a few things.

In one scene, a waitress serves customers in a high class bar. The waitress is a punk with a sullen, unsmiling attitude. In reality, the tsundere anime trope doesn’t exist outside a few maid cafes in Akihabara. You would have to really piss off a Japanese server to get this kind of attitude!

In the scene where Jake interviews for a job at the Meicho Shinbun, he’s asked if he eats sushi. He replies “every day”. No one eats sushi everyday, in fact for most people it’s a rare treat that they might have once a month or a few times a year. However, this was probably just a production in-joke.

When interacting with both police and colleagues, Jake often speaks English. This program is for English speakers so this isn’t surprising at all. However, you shouldn’t expect any of your Japanese colleagues to speak English and the police, even less so!

In the opening episode, there is a highly public murder scene. These are a great showcase for Tokyo’s many interesting locations, but a murder scene would rarely be this public, with a few notable exceptions, like the Roppongi baseball bat murder incident of 2012.

Lastly, a couple of scenes in the hostess club. The first has Sato (played by Show Kasamatsu) and Jake (played by Ansel Elgort) having a long conversation in the restroom while washing their hands. This kind of scene is an old movie trope, but it just wouldn’t happen in Japan. Anyone who has been to a restroom in the subway or at a highway rest stop will note that most men in Japan will spend less than 3 seconds washing their hands, if they wash them at all. The second dubious scene in the club is the hostesses’ locker room. Locker rooms in hostess clubs, like teacher lounges in English conversation schools, take up the smallest amount of space possible. Space is for customers, not for staff!

For more on Tokyo Vice, see our interview with author Jake Adelstein and our list of 15 real-life locations from Tokyo Vice. If you want to read his book first, you can order it here.