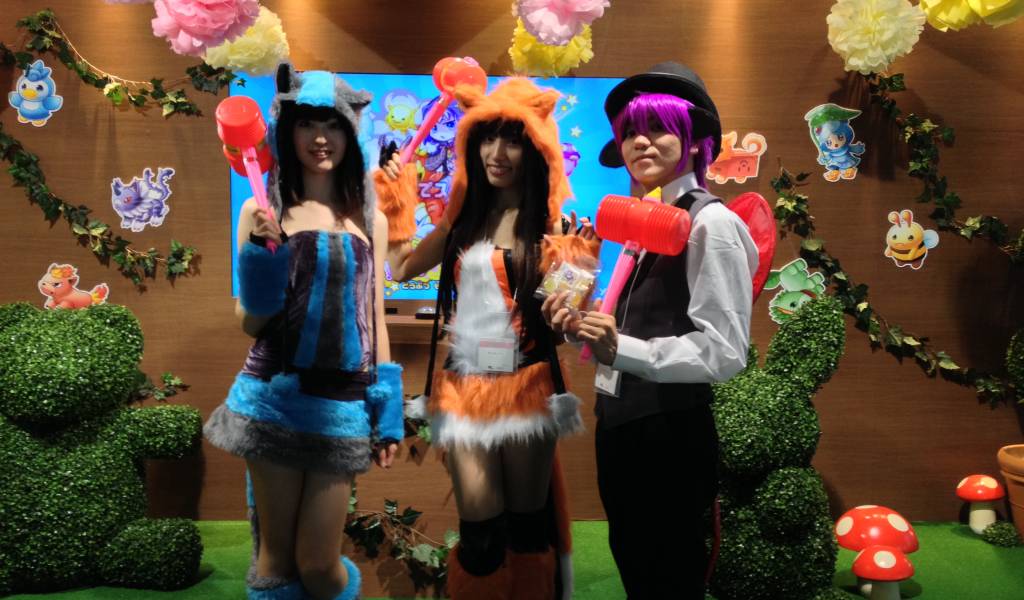 It’s that time of year again; Tokyo Game Show!!! Even though I do not consider myself to be a gamer by any extremely liberal definition of the term, ever since I went for the first time last year, I’ve been looking forward to going again. It blows my mind to see how far gaming companies go to promote their upcoming products, and there are a lot of cute girls all over the place too. There are so many other sites out there providing good in-depth coverage for all the serious gamers out there that we can’t even begin to catch up. Even if you aren’t a gamer, Tokyo Game Show is worth checking out, especially when it’s only 1000 yen to get in.

In addition to all the major companies like Sony, Microsoft, Capcom, Square Enix, SEGA, KONAMI, EA, and BANDAI NAMCO, there are dozens of indie game developers, foreign developers, and gaming projects by Japanese universities. Whether you’re someone who just plays games on their smartphone or has a full-blown PC gaming rig, there should be something worth checking out.

Make sure to nab one of the many tote bags being handed out at the booths because with all the handouts you’ll get, you will be glad you did. I recommend the Guilty Gear bag from the Arc System Works booth or the Legend of Heroes bag from Falcom (it has flashing lights on one side!) but if all else fails, head to the GREE booth since it might be the biggest one. Trust me, you do not want to try sticking all those fliers and booklets into the bag you brought with you, or walk around with a ton of smaller bags.

Photography buffs should be aware that due to the dim lighting of the exhibition halls and bright lighting from the booths, unless you have good equipment or exceptional skills, many of your pictures may not turn out so good. In addition to that, people walking right in front of your camera, particularly in high traffic areas, will be a common occurrence. All I can say is, be patient and be thankful that you’re shooting in digital?

It’s not cheap getting out to Makuhari Messe if you’re not in Chiba, but Tokyo Game Show only comes around once a year. Just make sure you’ve charged up your Suica or Pasmo before you leave because it will be nonstop crowds from the time you get off the train until you get back on the train. Just be patient, and you will get to play all the upcoming games you’ve been anticipating and get all those pictures with the cute costumed characters, booth girls, or cosplayers you want.

Open with Maps
Written by: Kai Okudara
Filed under: Anime And Gaming | Events
Tags:
Sharing
Questions or comments about this article?
Start a thread on our community forum
Ask our local experts about Tokyo