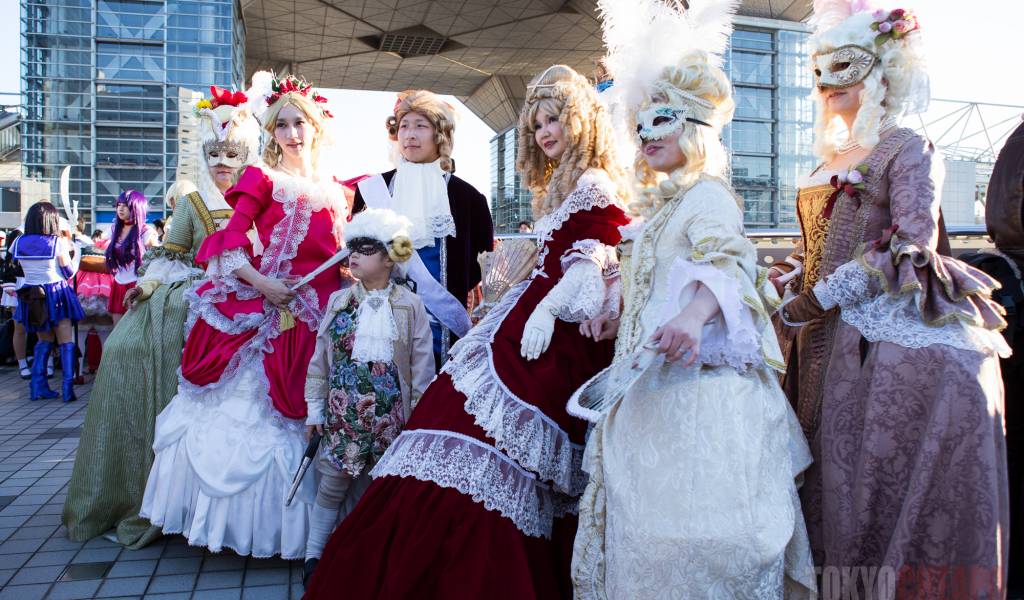 The Cosplayers of Winter Comiket 2015

The major year-ender for geeks is Winter Comiket (short for “Comic Market”), a time when doujinshi (fan-made comics) collectors, cosplayers, and photographers gather at Odaiba’s Tokyo Big Sight. Since admission to this event is free (you just have to pay for whatever you buy and—if you cosplay—usage of the dressing room), this biannual event sees large crowds every year. In fact, it’s such a crowd-drawer that, in recent years, the Japanese creative industries have started paying attention to it—Comiket has always been a grassroots event, organized not by corporations but by fans, for fans, but it now has a corporate area where fans can buy official merchandise, many of which are Comiket exclusives. Fans used to camp out overnight just to get their hands on these items and more, but this practice has been banned, so now, dedicated fans usually just take the first train to Tokyo Big Sight and wait until the event opens at 10 am. That’s dedication for you!

But Comiket doesn’t just attract fans of Japanese media. Photographers, as well as the occasional curious non-fan, are also drawn to Comiket for a reason: the cosplayers. Comiket really brings out a lot of eye-catching cosplays, and it’s not surprising, as cosplayers know that this is an event where they can get their photos taken. In fact, some people—cosplayers included—half-jokingly remark that Comiket is when the exhibitionists come out, as many cosplayers decide to cosplay in scanty clothing at Comiket, despite there being official rules against very racy costumes—said rules do not seem to be too strictly enforced. (This author has attended smaller cosplay events in Tokyo, and hasn’t seen any extremely revealing costumes at such events!) Likewise, for photographers, the event is one huge photo opportunity.

Lest you misunderstand, though, cosplay isn’t just about attractive women in skimpy outfits, as some seem to think. It’s a lot more than that. Many cosplayers are just fans who want to pay tribute to their favorite characters, have fun, express their creativity, and make new friends in the process. While this doesn’t apply to each and every cosplayer, of course, it’s a common sentiment among cosplayers that the attention that they get is a secondary bonus. They enjoy photo ops, sure, but they don’t necessarily aspire for fame or care about how many people take their photos.

Without further ado, here are some photos from this year’s winter Comiket!

And for those who missed out but want to attend Comiket in the future, here are some tips: