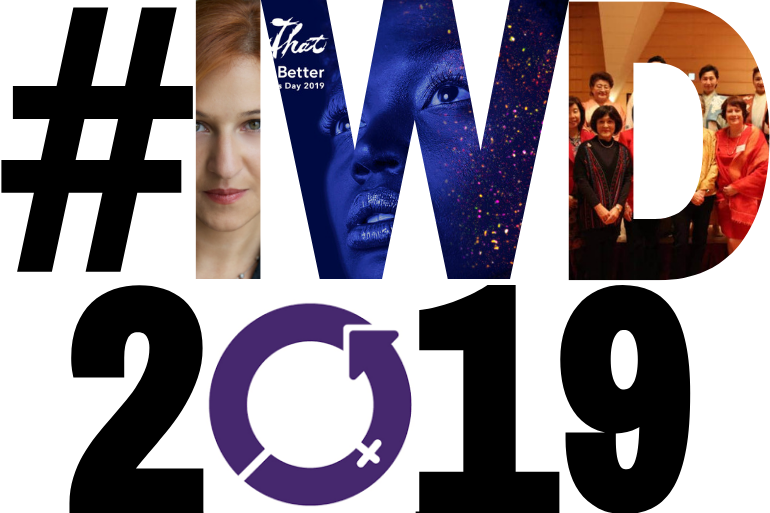 Feminists of Tokyo: March 8th is just around the corner and Tokyo has all the events to celebrate, educate and inspire.

Recognized globally on March 8th, International Women’s Day is a celebration of women’s achievements and a focal point for the women’s rights movement. Japan may be abysmally low in the WEF gender equality rankings (110th, if you were wondering), but you can still meet some fabulous women and attend some brilliant events in Tokyo for #IWD2019. Running with the theme Balance for Better, this year’s focus is the call for a more gender-balanced world—a call Japan sorely needs to hear.

When women in Soviet Russia were granted suffrage on March 8th 1917, the day became a national holiday and was soon recognized by other communist countries. In 1975 it was officially adopted by the UN and is celebrated in a variety of ways across the globe. A national holiday in countries including Russia, Nepal, Vietnam, Cuba, Angola and Afghanistan, it is a holiday for women in China and Madagasgar while it’s similar to Mother’s Day in Bulgaria and Romania. Unfortunately it is none of these things in Japan, and while this won’t come as a surprise to anyone who’s spent time here (or spoken to a woman who has), it can still be celebrated!

The women’s rights movement in Tokyo (and Japan) might be lacking compared to most metropolitan cities, but its growing and there will always be amazing women and fantastic allies holding lectures, events and projects to inspire and educate. These are our top picks for 2019:

Already one of our top events in Tokyo, T&T Cafe will be holding their annual celebration for International Women’s Day. Showcasing the fabulous female creators of Tokyo, the show will be entirely free and entirely fantastic. There will be music, live art and plenty to inspire you.

Quite noticeably Japanese, this is a relatively new but far-reaching set of events taking place in 30 venues across 11 prefectures. The Tokyo events will be held in Ebisu and Ginza. Last year around 10,000 people attended across five cities, so it’s certainly the biggest of our events and they’re aiming to have events in all 47 prefectures by 2025. There will be seminars, award presentations and speakers including top editors, athletes and chefs. Unfortunately it’s all going to be in Japanese, which is a kicker, but if you’re able to attend it should be a fascinating mix of speakers and a great atmosphere! Note: The non-compulsory dress code is yellow.

Celebrating their 70th anniversary, the College Women’s Association of Japan is holding a symposum focusing on the womean making a sustainable impact on society. There will be four speakers: Kaori Kuroda (Executive Director of CSO Network Japan), Yoku Tokunaga (Fundraising Labo representative), Sayuri Daimon (managing editor of The Japan Times) and former CWAJ scholar Minami Tsubouchi (Executive Director of the Global Fund for Education Assistance). While the talks will be held in Japanese there will be simultaneous translation available. The group supports women and the deaf community and is a fantastic place to meet proactive women in Tokyo.

While not strictly an IWD event, this is a rare chance to hear Dr. Anna Neistat, the Senior Director for Research at Amnesty International give a talk on human rights research. Focusing on the research conducted on the front lines, she will discuss her career path, her experiences and her findings over decades of work in the field. You need to reserve in advance (check the link below) and entry is a suggested donation of ¥1,000 for students and ¥2,000 for adults.

While they’re not holding a specific event on the 8th, Startup Lady Japan are a new and inspiring group focusing on female entreperneurship in Tokyo. They hold monthly Women’s Entrepreeur nights with speakers and networking opportunities, as well as one-off events and pitch nights throughout the year. Keep an eye out for the next event in March (details TBC soon)!

If you’re planning on doing some female solo travel in Japan, we have a handy guide for you too.