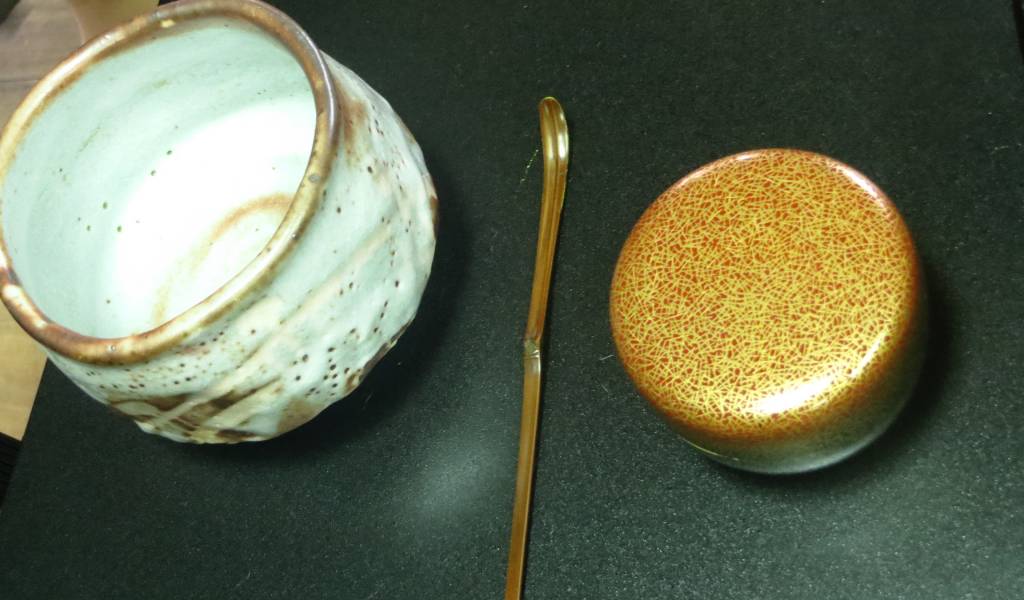 If, like us, you’re a fan of all things green tea, your time in Japan won’t be complete without a glimpse into the ancient art of tea ceremony. Here is what you can expect, and where to enjoy it.

A little while ago we attended a free tea ceremony at Kantoku-tei, the tea house by the entrance of Koishikawa Korakuen Park in Bunkyo Ward. It was organized by the Sekishuu-ryuu Rinsenji-ha, a division of the Sekishu tea ceremony school. The ceremony took place five times on that day, with one providing an explanation in English.

Japanese tea ceremonies are serious business; as such, they can be quite long and formal, even lasting several hours. While the basics of the tea ceremony – serving matcha (finely powdered potent green tea) and sweets – do not differ, there are several schools, each with their own particular ceremony styles. These schools have deep roots, some being established as early as the 16th century.

The three biggest and most famous schools are Urasenke, Omotesenke, and Mushanokōjisenke. Their founders are said to be related by blood to Sen no Rikyu, the founder of the way of tea (or sado in Japanese). The small differences between the three, such as the way of stirring the matcha and the colour of the special cloths used, may not be significant to the average person, but members of the different schools consider them a way of distinguishing themselves.

The somewhat minor Sekishuu-ryuu Rinsenji-ha branch is known for buke-sado, a ceremony style originating in the Edo period and performed by samurai families. Unfortunately, the differences between the samurai-style tea ceremony and the ones by the main schools were not made clear! When we went, the hosts wanted everyone to enjoy a tea ceremony without having to be caught up in too many rules. Initially, the room was quiet, but we were told that chatting – as long as it wasn’t too noisy – could be taken as a sign that the tea ceremony was going well. Of course, we were taught certain procedures, such as to drink the matcha slowly and gracefully, and to appreciate the design on the bowl, but the focus was really on appreciating the tea and sweets, and having a good time. The ceremony wasn’t too long, either, lasting only for about 45 minutes.

The organizers also couldn’t have picked a better time for the tea ceremony. It was held in late autumn, when the trees at Koishikawa Korakuen were ablaze with red, orange, and yellow leaves. While the ceremony didn’t take place in the park itself, we participants still got a picturesque view of the leaves. Even the sweets, which were shaped liked ginkgo leaves, were suitable for the season.

After the ceremony, the host allowed us to view a special bowl, which was made by the master of the ceremony himself, and an intricately patterned container for the matcha powder. We were told that the master’s hobby was pottery, and that it helped that it was complementary to his role as one who performs tea ceremonies. We asked the organizers if they would hold similar events in the future, and they said that they would love to. In the meantime, Kantoku-tei, where the ceremony was held, serves a matcha set (tea and a sweet) for 540 yen. They’re open every day from 12:30-4:00 pm for lunch, and 5:00 pm-8:30 pm for dinner.

Where can I Experience a Japanese Tea Ceremony?

There are tea ceremony experiences aplenty in Tokyo, but some, like the one we attended, may just be one-time events. These one-time events, though, can be very cheap (we have heard of a tea ceremony and kimono-dressing session for just 500 yen!), or even free – just like this one. Here are some places that regularly hold tea ceremonies:

Established by Kyoto City, this information center is like a little Kyoto in Tokyo Station. Here, from Fridays to Sundays, you can experience a 20-minute tea ceremony for 500 yen anytime from 12:30-4:30 pm. Prior reservation is required for groups of more than 5.

Business Hours: 10:30 am-7:00 pm except Wednesdays of March and September, and year-end/New Year holidays.

This hour-long tea ceremony is significantly pricier at 5500 yen, but is still advertised as reasonable. While we think it’s a little on the expensive side, it is recommended for tourists who want to hear explanations and try making the tea themselves. This experience takes place twice on Saturdays: 1:00-2:00 pm, and 2:30-3:30 pm. A reservation at least one day ahead, before 5:00 pm, is required.