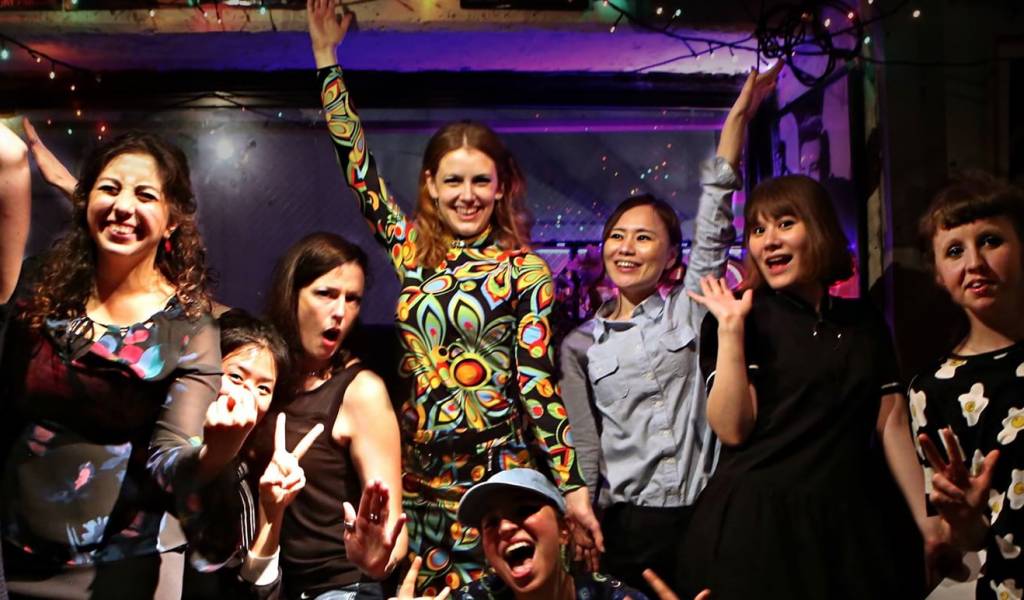 Comedy in Tokyo is like comedy everywhere: lots of men, not so many women, and lots of jokes about penises. There’s one group out to change this though, and they’re doing it with a winning line-up, a charity auction and plenty of laughs along the way. 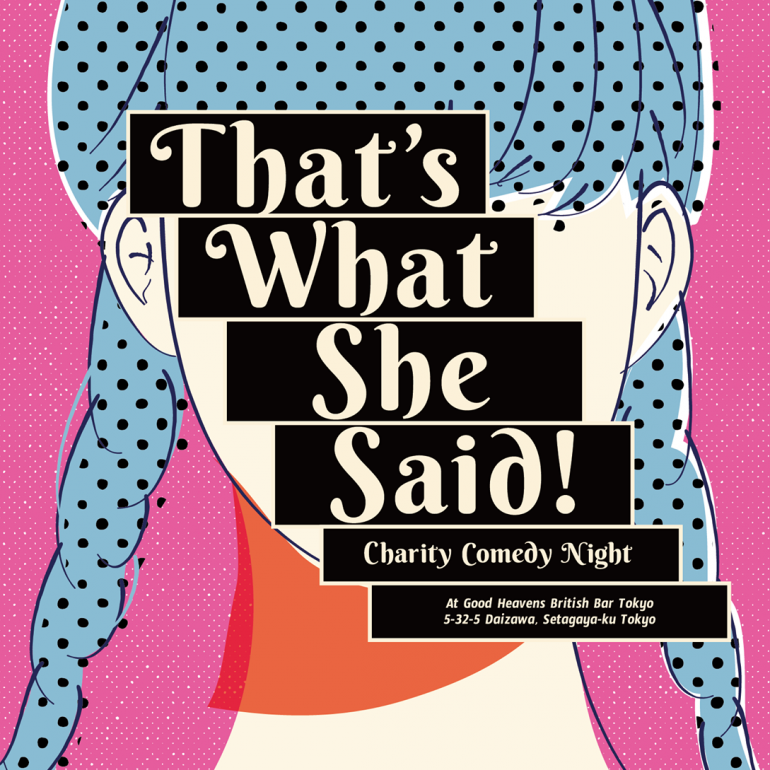 Started by Dita von Kinklestein earlier this year, That’s What She Said has already held two fantastically successful nights in Shimokitazawa, raising money for Zenkoku Josei Shelter Network NPO. The shows have a great line-up of female comedians, with spots for first-timers and an unusual avant-garde auction to top things off, making it a fresh experience every time. With the fourth show coming up on December 15th, we spoke to Dita about how the show got started, what impact it’s had and what it takes to run an all-women comedy show in the often male-orientated metropolis that is Tokyo.

An aspiring comedian herself, Dita dipped her toe into the comedy scene of Tokyo only recently, with a debut performance at a local stand-up night: “I just decided to give it a go and asked someone if I could get a spot on a stand-up show. The week leading up to my debut performance I found out Matt Koff from the Daily Show was dropping in to perform and it was sold out. I was wracked with anxiety and I practised every free moment I had.” The slot was a success, and she became a regular, but found there was something missing from the experience.

Just like most comedy scenes, stand-up shows here are often male-heavy, leading to a primarily male audience, which can be an extra layer of intimidation for anyone standing up on stage. “At any given show, it was rare to see more than one or two women on the line up. Customers would ask, ‘Are there any female comics tonight?’” Dita found that this was an issue not only for audiences and hopeful comedians, but also organizers, and decided to take things into her own hands: “I was curious about organizing an event and I wanted the opportunity to perform with other women. For a long time I had this thing of, ‘What can I do?’ I felt so small. I didn’t know if anyone would like the idea. I didn’t know if there were enough performers to pull it off”.

After some networking and Facebook-friending, Dita gathered a small group of local female comedians and suggested her plan, uncertain of the reception. “I hadn’t ever done anything like this, I was flying by the seat of my tasteful A-line skirt! I was wondering, ‘Am I crazy? Is it even possible?'” Fortunately, her fellow females were completely on-board with the plan and they soon formed a super-group. With tips and experience to share on organizing and promoting events, the idea became a reality. Describing the bond that grew, Dita explained that she hadn’t really known the other women before reaching out, but says “it became like a snowball made up of the most wonderful snowflakes I’ve ever met: rolling, gathering momentum, and balling out.”

Local comedy hot-spot Good Heavens was happy to host, even volunteering to have an all-female staff run the pub that night, adding to the self-sufficient theme of the evening. From venue to performers and even the flyer designs by local artist Riko Ishizaki, the show is entirely female-run, and a great success.

Although not everyone believed it could happen. “I was told we didn’t have enough experience. I was told ‘Women aren’t funny.’ by a Christopher Hitchens fanboy. I was told, ‘I just can’t see it being any good.’ Some people were amazing, but some were shocking. I experienced a lot of disappointment.” With a relatively bustling stand-up culture already established in Tokyo, the internal reception was not what Dita had hoped for, with some groups taking the existence of a female-only show as criticism of their own male-leaning line-ups, while others complained the women weren’t playing their shows. Sticking to her guns and running the show as an independent, rather than under one of the longer-running groups, there was some backlash, but the focus of the event stayed with women.

The audience reception, however, was overwhelming. In a city of business suits and structured society, the diversity of people who attended the first show back in May was incredible: “One person said to me, ‘As a genderqueer person, it was great to be at a show where I wasn’t waiting for my identity or sexuality to be used as a punchline in a straight guy’s joke.’ One customer made a huge donation and when I thanked him, he told me about how his mother worked at a DV Shelter. A big group of strapping men came all the way from the Yokota Air Base to support us without knowing anyone. They were so kind. Another woman told me about surviving an abusive household as a child. It sounds cheesy, but there were so many people from different backgrounds. I want to provide a really good show for that audience. I’m so grateful for them and I can only hope they keep coming back”. With support from such a wide variety of backgrounds, it became clear the show was not going to be a one off.

With clear demand and plenty of support, the evolution of TWSS to a running show rather than a one-off began, but it was a whole new learning curve for Dita: “Before That’s What She Said!, I had never been an MC, organizer, or promoter. I was learning everything at once. The other ladies were giving their time and creative energy to the show. So, for the new shows I took more risks, became more confident, and asked for more opportunities because I didn’t want to let anyone down”. The hard work, effort and collaboration was worth it, as the second show raised almost double and the third is sure to go further.

Having paid for advertising from her own pocket, Dita ensures all the money raised goes straight to the chosen charity—the All-Japan Women’s DV Shelter Network. A matter close to her heart, as back home in America she had worked at a shelter for women with substance abuse, she asked friends and colleagues for suggestions for women-specific charities before coming across the DV network. The first show raised over 50,000 yen, and the second reached over 90,000 yen—made up of donations from the audience, ticket sales and auction takings.

As well as just money, the show has had a positive impact on the comedy scene as a whole, not only in Japan but all over the world: “Since the first show, there’s been an all-women performed show at the military base in Yokousuka, an LGBTQ stand-up comedy night, and another charity comedy show. One performer has connections in India and she said her pictures of the women here inspired some ladies over there to start up their own all-women’s improv group. It’s overwhelming.”  In the future, Dita hopes the show will grow with even more female comedians and contacts across Japan—with aims for shows across the country and even the world. “The way we’ve been received by our audience and the way That’s What She Said! seems to inspire other people to take on new challenges is far beyond my greatest expectations. I think sometimes someone just has to do something and then people think, “Oh, maybe I’ll try this other thing I wanted to do.”

Tickets for the show on December 15th are available online.