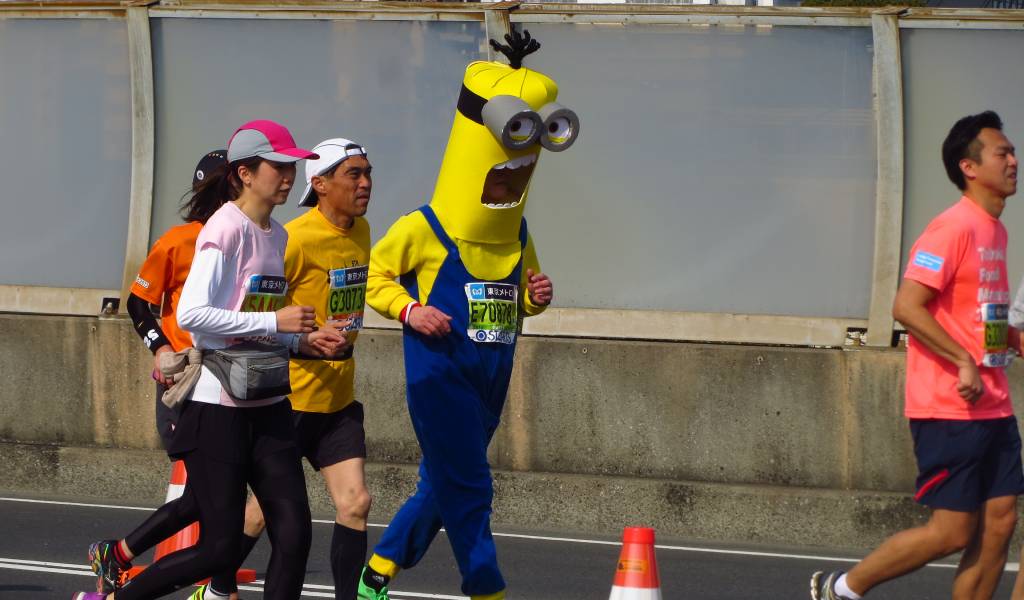 The Costumed Runners of Tokyo Marathon 2016

Over the years, Tokyo Marathon has acquired a reputation for having runners in wacky costumes. One runner even dressed up as Jesus – complete with a cross – for years in a row, leading amused spectators to anticipate his appearance each year. Despite the marathon taking place in February, when spring is on the way but the weather isn’t all that warm yet, some (the running Jesus included) would even run in thin or skimpy clothing – now that’s dedication!

However, with the organizers cracking down on costumes by imposing stricter regulations such as not allowing large props and a catch-all rule against “inappropriate” or “unpleasant” clothing, it seems that costumed runners have decreased. Even more specifically, the number of runners in stand-out costumes have decreased. It could also be that the selection process might have gotten even more competitive, and that there has been an increase in competitive runners as opposed to those just running for fun. Whatever the reason, I’ve noticed that, compared to the first Tokyo Marathon I attended (in 2014), there were fewer runners in costume in 2015 and again this year.

In any case, costumed runners still seem to be a staple of the Tokyo Marathon. This year, there were, as usual, a lot of generic costumes such as Mt. Fuji, beer mugs, and animal onesies, but there would also be the occasional character — a few Batmans (which I sadly didn’t get on camera), some anime characters such as Son Goku from Dragon Ball and Saitama from One Punch Man, and more.

If you want to attend the Tokyo Marathon to take pictures of costumed runners,we recommends not taking them close to the starting point in Shinjuku, as many runners will still be running too close for you to take good individual shots. Moreover, they will most likely be running at their fastest. Instead, head somewhere further down the course – Iidabashi, Asakusa, Tsukishima, etc

I’ve been taking pictures of the runners at Tsukishima Bridge since 2014; it’s close to the finish line and it isn’t too crowded. And if, like me, you have trouble waking up early, Tsukishima is also a good location in that the costumed runners tend not to show up until later in the day (a few start showing up at around 11:00, but most show up much later, from around 1 pm onwards.) However, the disadvantage of waiting to take photos there is that there’s also a chance that some runners might already have dropped out of the race by then.

Without further ado, here are some photos from this year’s Tokyo Marathon: 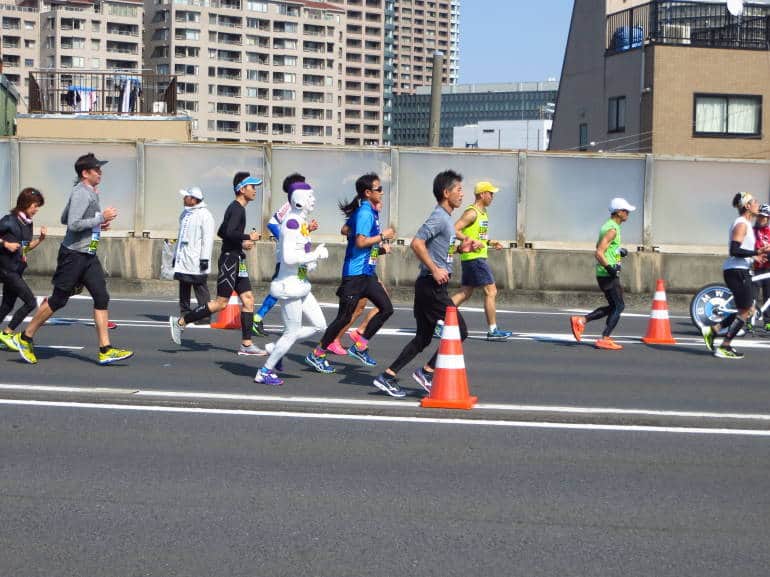 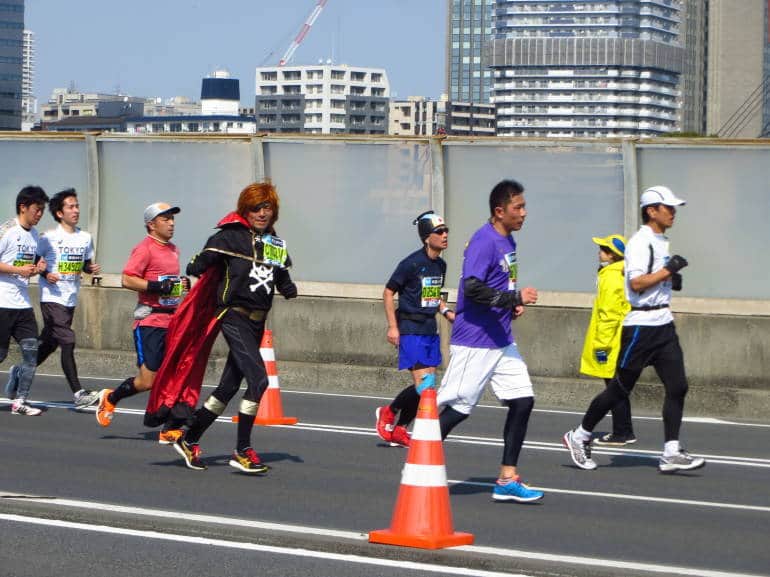 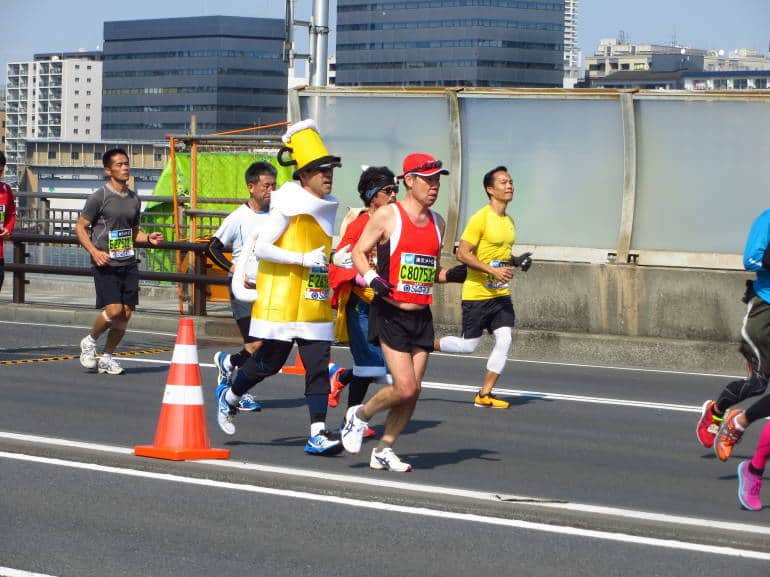 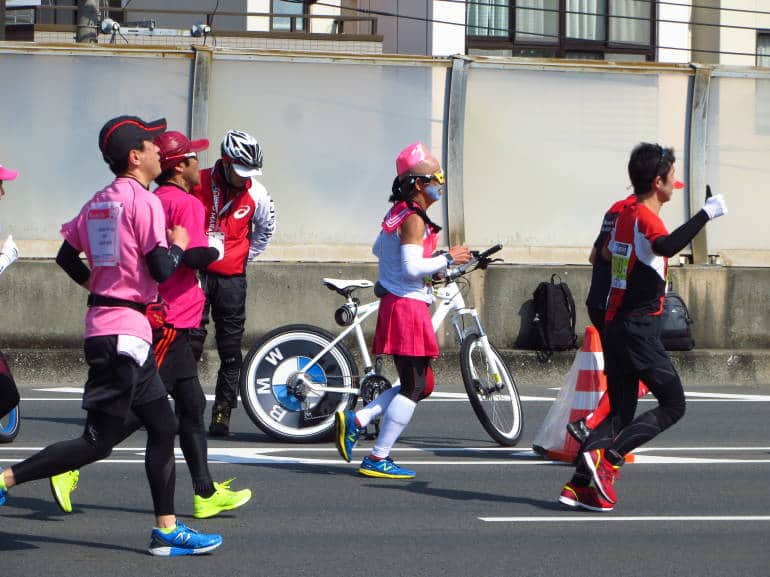 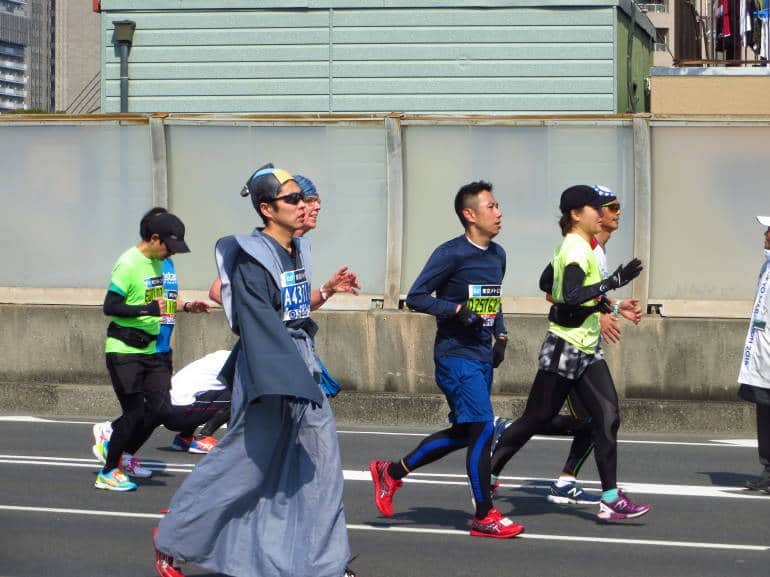 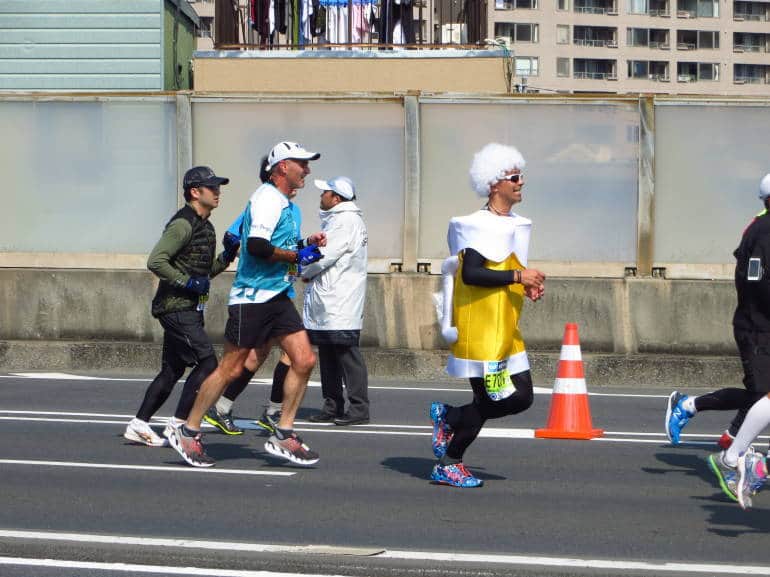 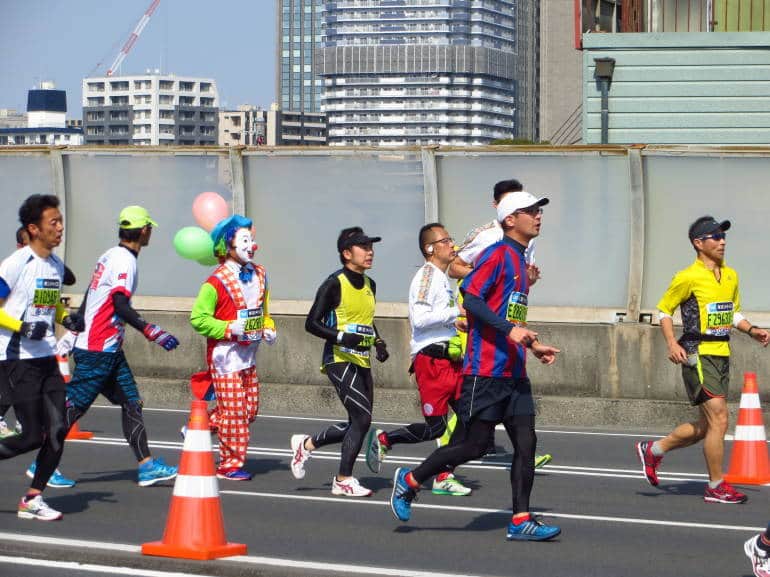 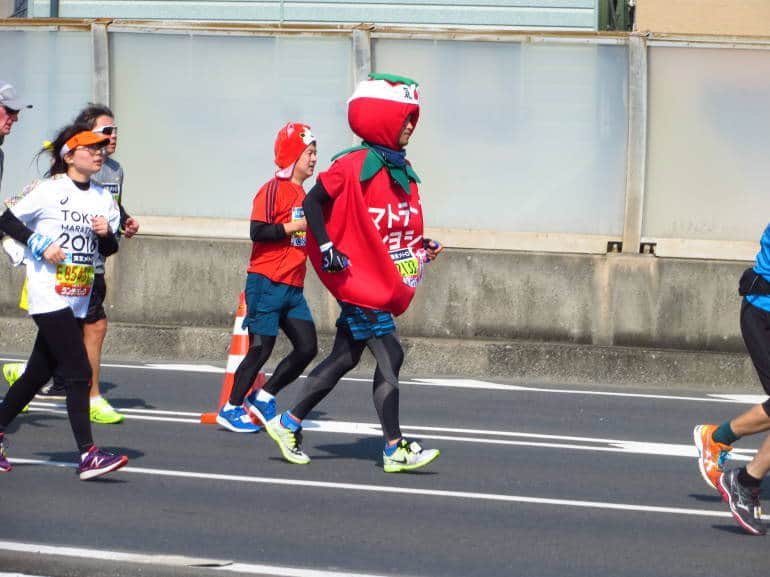 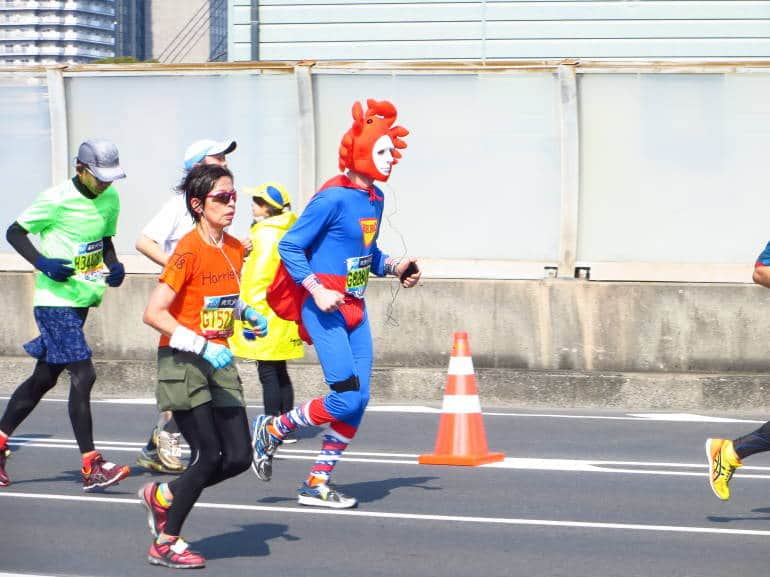 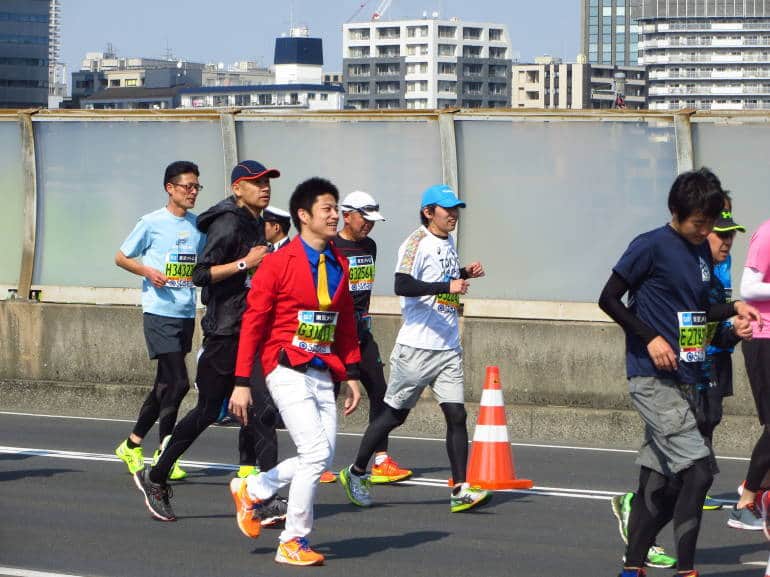 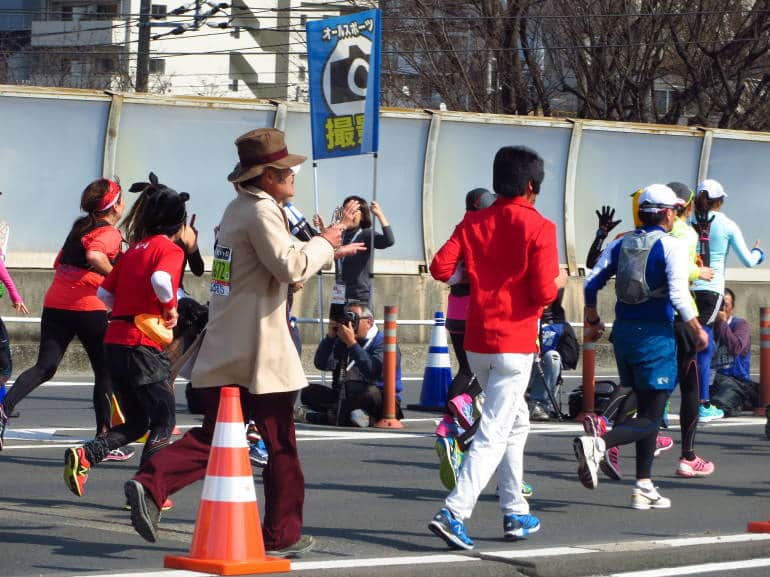 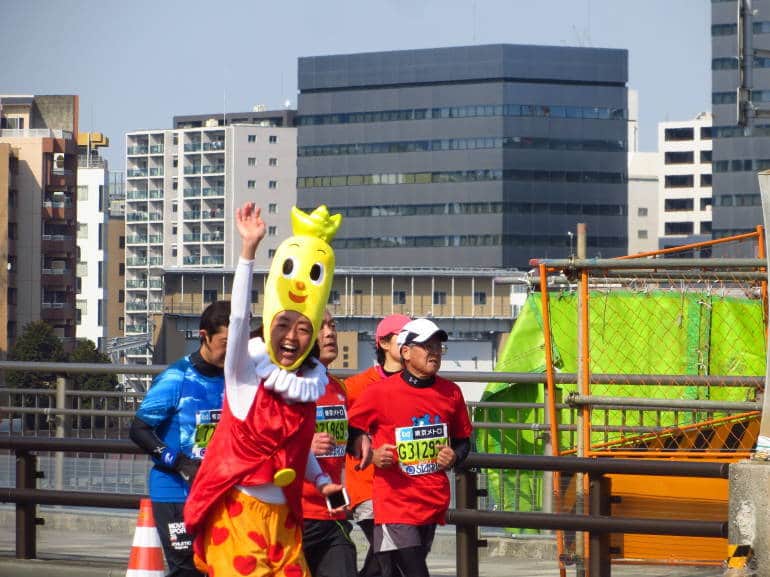 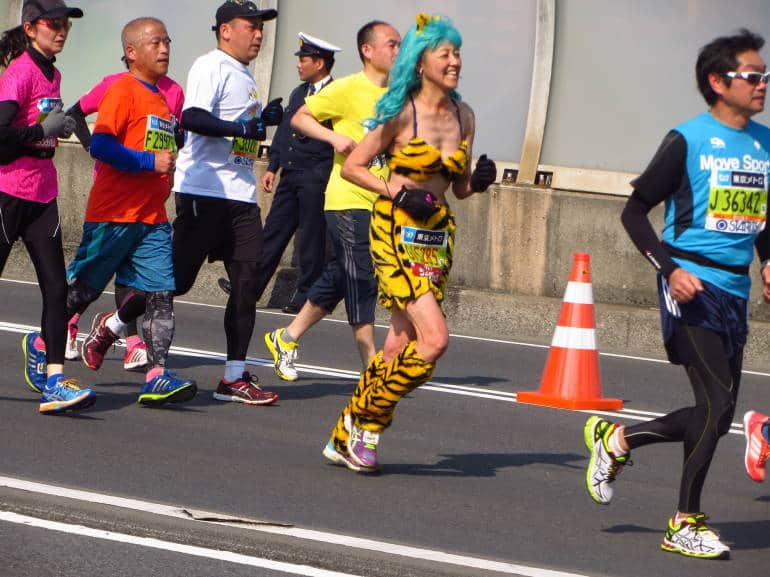 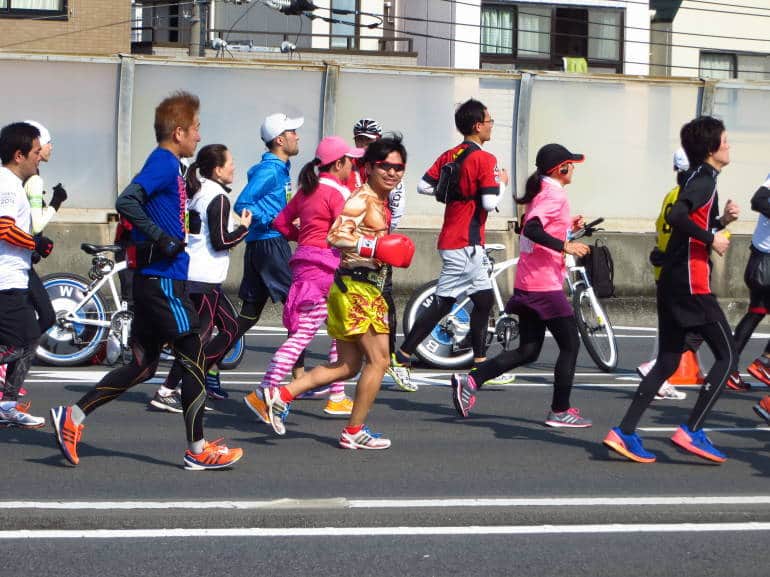 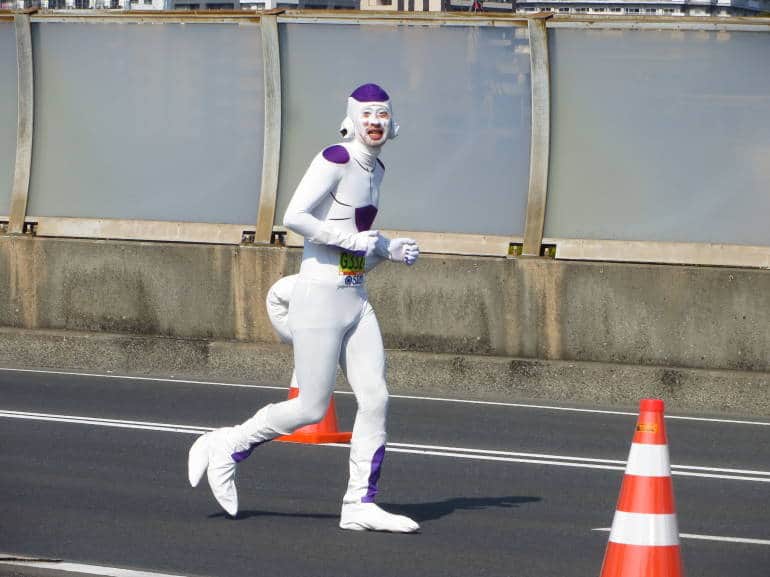 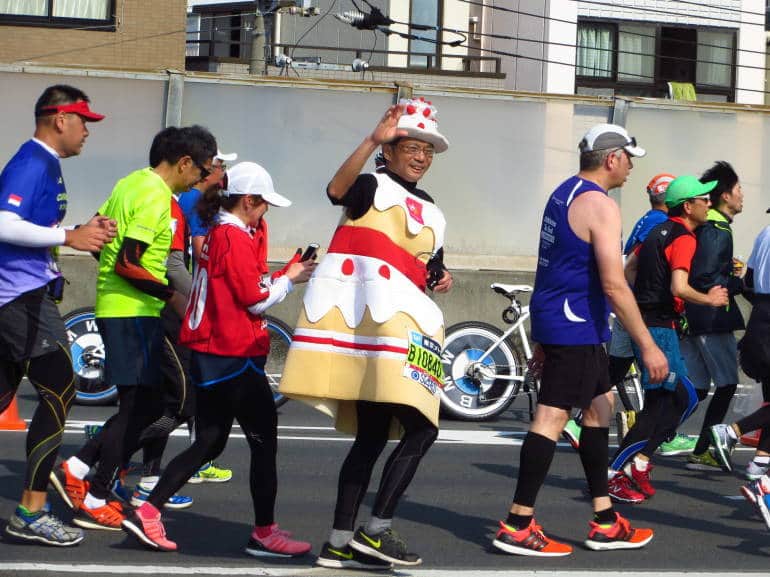 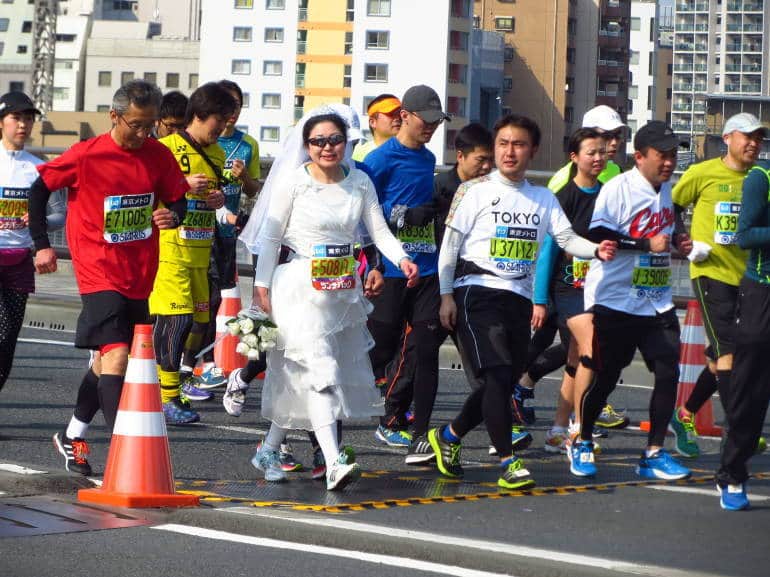 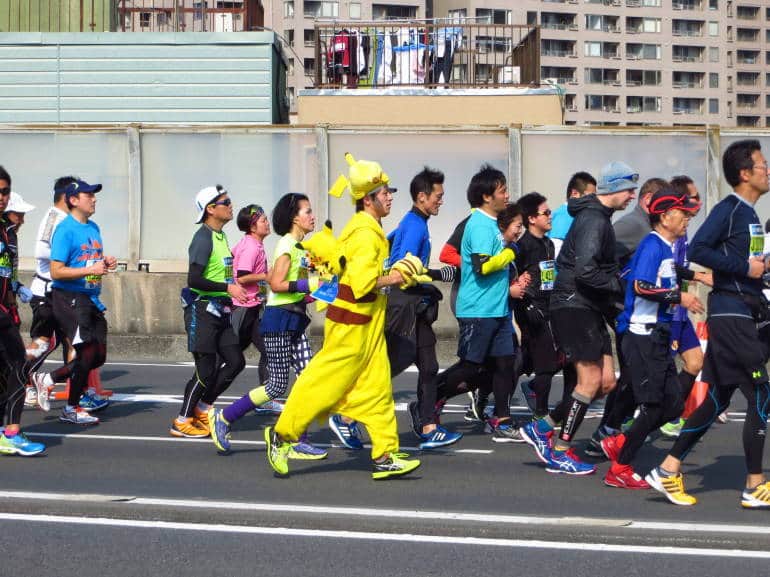 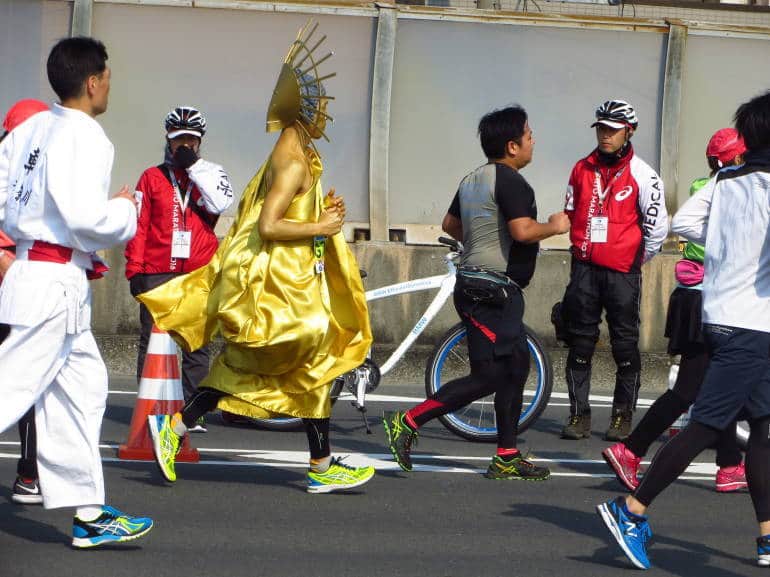 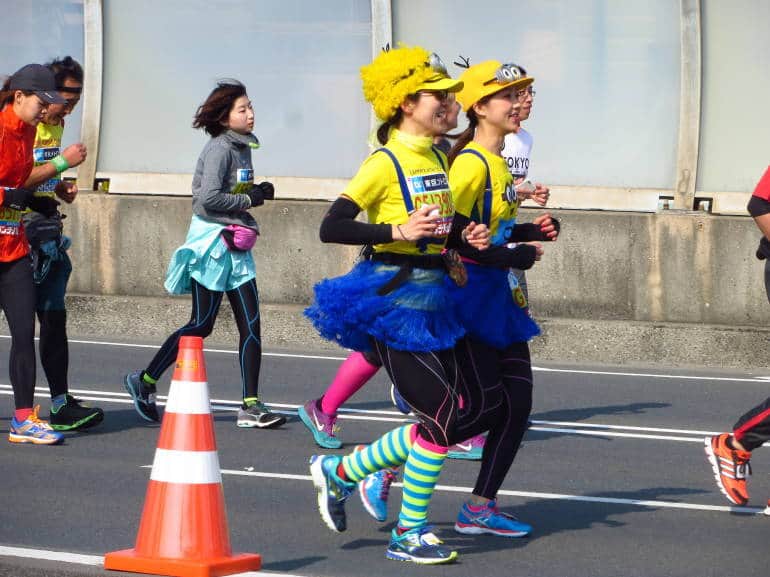 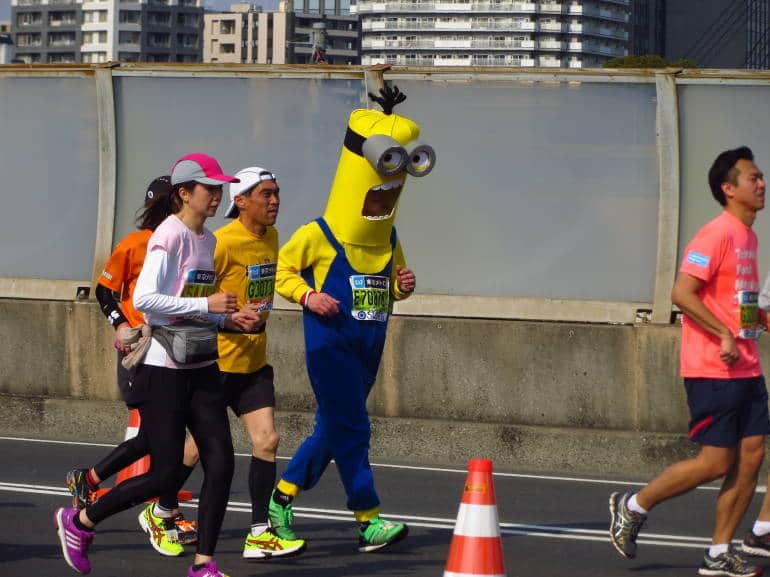 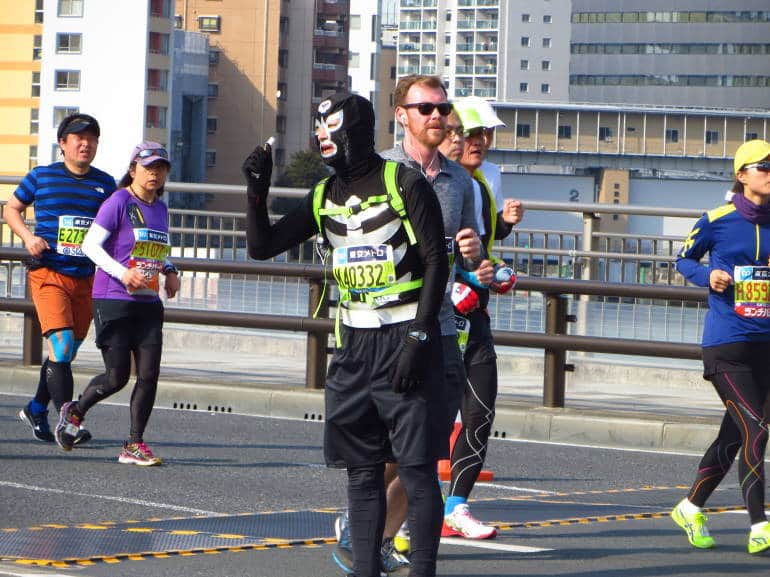 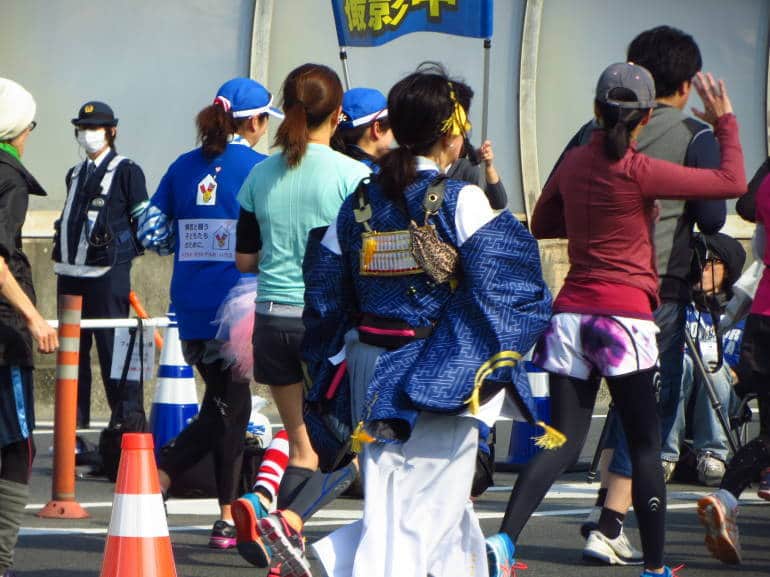 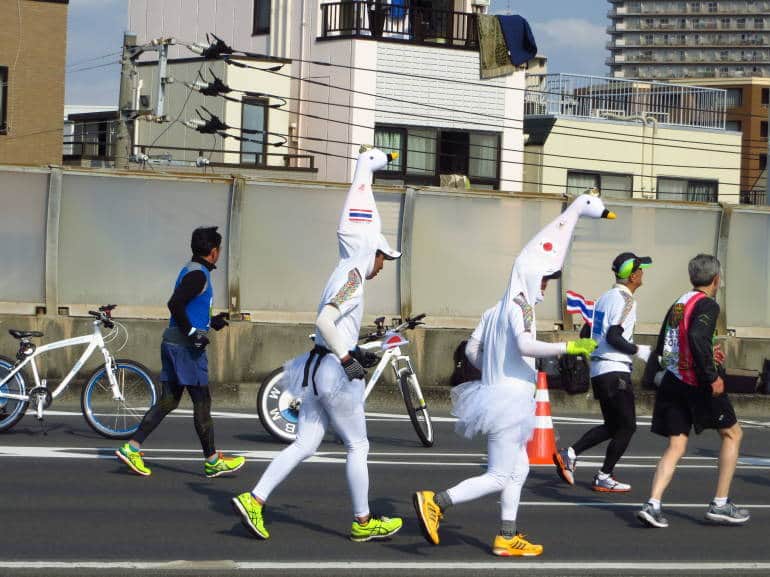 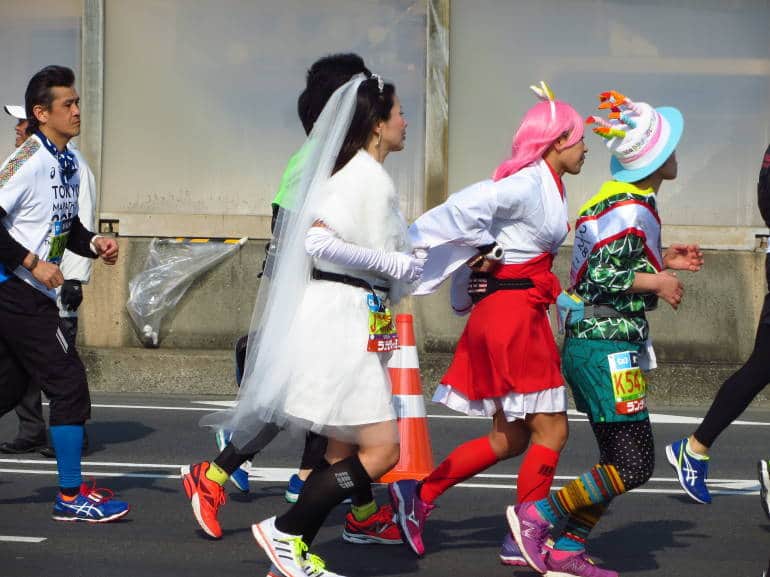 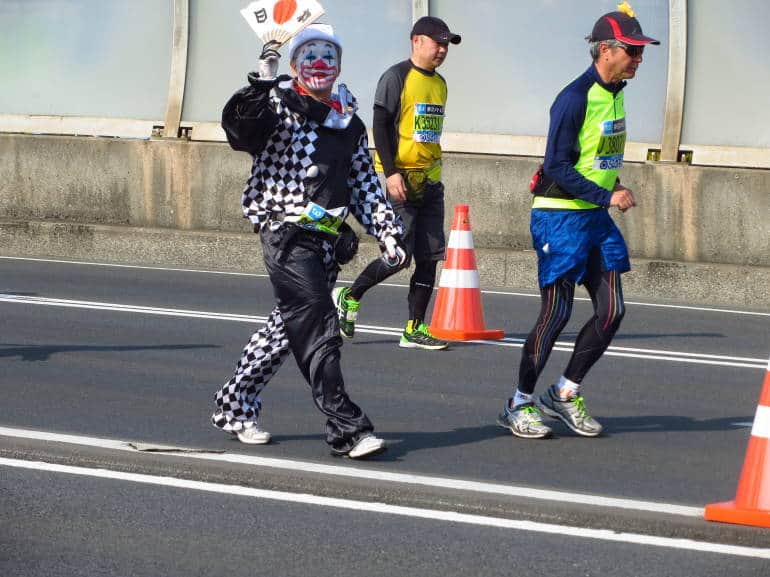 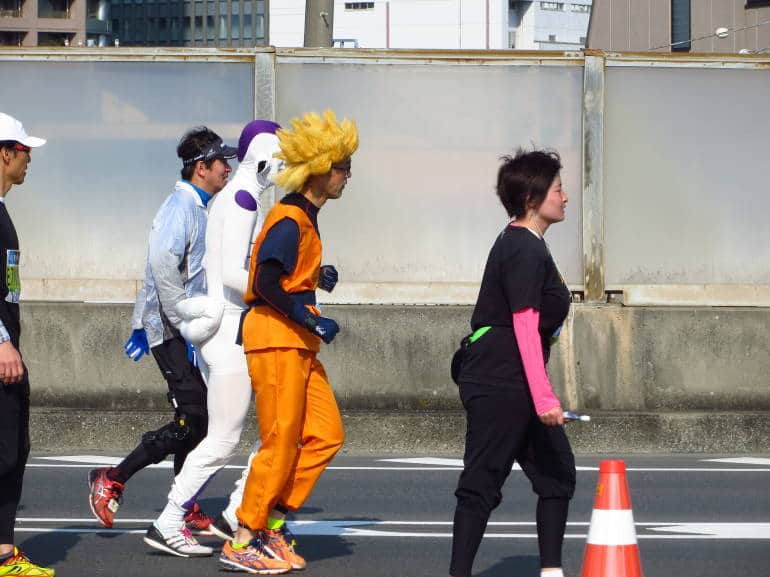 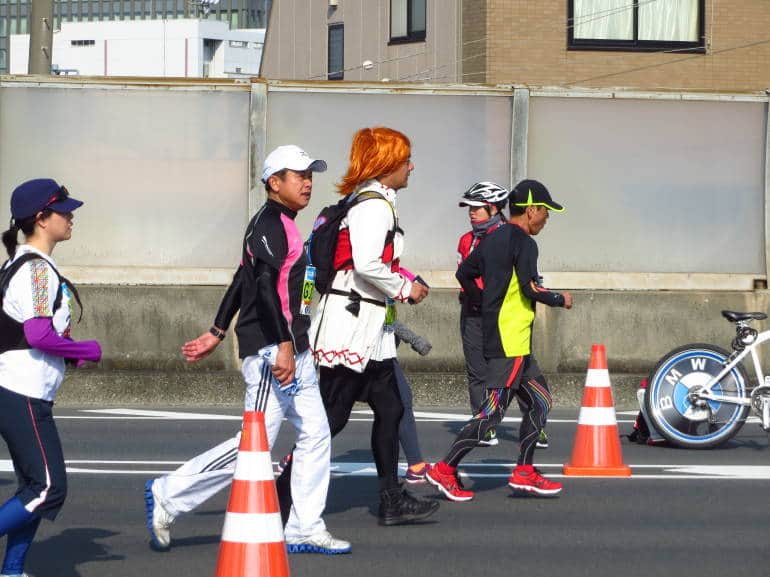 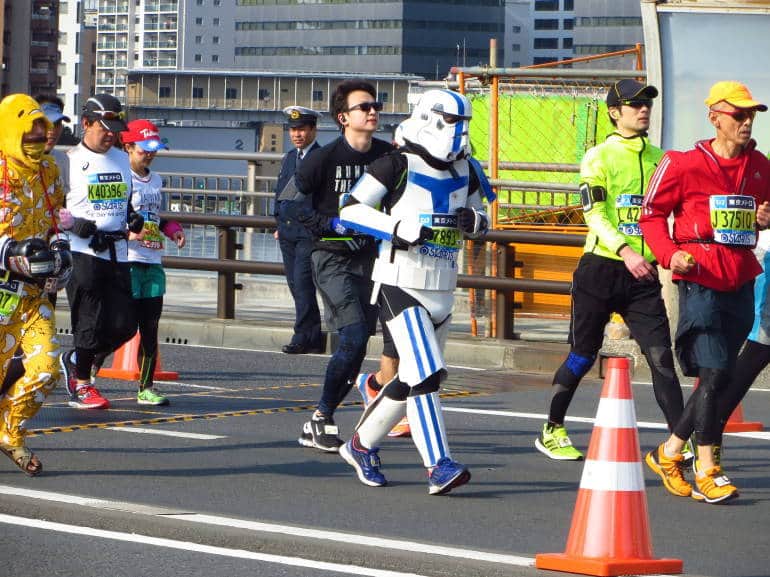 Written by: Tiffany
Filed under: Events | Sporting Activities
Tags:
Sharing
Questions or comments about this article?
Start a thread on our community forum
Ask our local experts about Tokyo