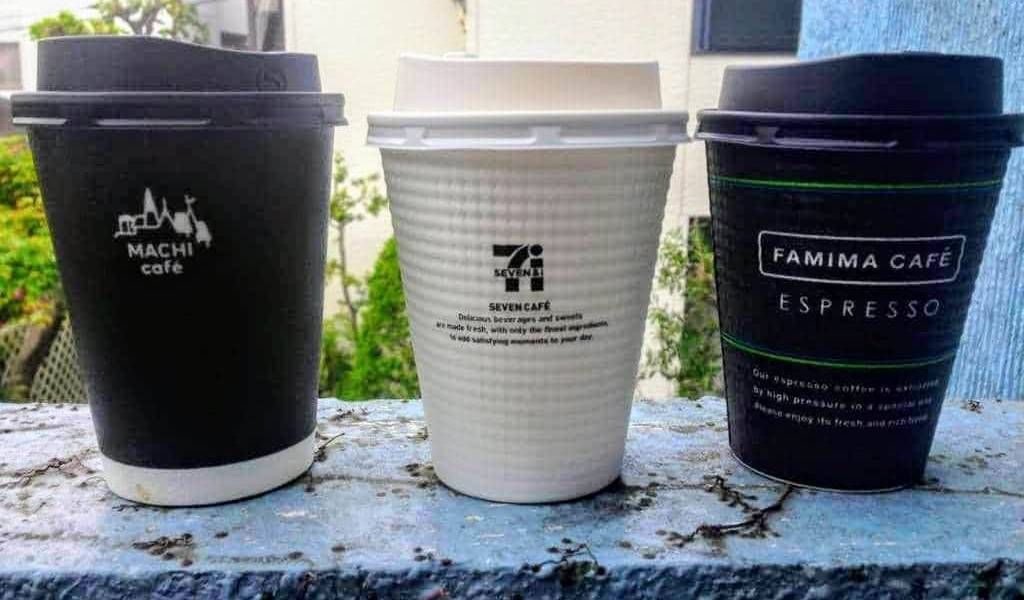 What is humanity’s place in the universe? Are we alone in the universe? Who would win in a fight between a bear and a tiger? Ever since we slithered from the primeval swamp, these are the questions that have kept us awake at night, that have plagued us in our most reflective moments. Today, we’re making history—we’re going to be ticking one of these eternal questions off the list, putting it to bed once and for all: Which Japanese convenience store serves the best coffee?

Though the skeptics out there will doubt the validity of this 100% scientific, in no way at all subjective experiment, it is my belief that history will validate us and future generations will erect epic monuments to this achievement.

The method is simple. First, I buy a coffee from each of the major convenience stores, carefully deliberate and finally give each a score out of 10 in three categories: machine/ease of purchase, appearance (the cup and the coffee itself) and taste. Granted, the latter category is by far the most important, but the other two can’t be ignored, adding as they do to the overall experience.

In each case, we are ranking a small, hot, black coffee—nothing added, no messing around. In all three, the coffee is priced at 100 yen, meaning money doesn’t really come into it. For a bit of context, it should be known that there is a fierce battle underway between these stores, each claiming to serve the very best coffee.

Family Mart is a heavy hitter in the convenience store game. They say that in the UK you’re never further than 20 feet from a rat, well, in Japan, the rats are Family Mart. Not the most appetizing analogy, but it’s accurate. Onto the coffee.

Of the three machines we’re ranking, Family Mart’s coffee machines are the least impressive, not inspiring too much confidence in the end product. Ordering (the same everywhere, really, just say “kohi” and you’ll be fine) and actually operating the machine is simple, however, with clearly labelled buttons (in English as well as Japanese) on the front. 6/10

The cup is pretty cool, in a striking black with bold lettering. One slight niggle: it says “espresso” on the side despite it not really being espresso at all. Making up for this though is the fact that, somehow, the cup doesn’t get too hot, making it easy to hold and enjoy. As for the appearance of the coffee: it’s black and definitely looks like coffee. 6/10

Family Mart coffee, for a lack of a better way to put it, tastes very much like coffee (I get paid to write, believe it or not). It’s a classic taste, quite bitter and strong with an okay kind of aftertaste. It also lingers in the mouth for a while, which I’m not completely sure is a good or bad thing. 7/10

The green, orange and red of 7-Eleven is unmistakable, able to light up even the most miserable of Japanese nights. Though not quite as omnipresent as their rivals Family Mart, you’re still never going to struggle to find one.

For my money, 7-Eleven has by far the coolest machines. Black with silver stripes and space-age plastic visers, they’re how people 100 years ago might have imagined their coffee served in the future. Again, purchasing couldn’t be simpler (starting to doubt whether this category was necessary). 9/10

Prise off the lid and you’ll find a nicely foamy coffee, much darker than our last entry. The cup is white with nothing but a simple logo, so nothing too offensive there. 8/10

7-Eleven coffee is bold, nutty and smooth, though not overbearing or too strong. It’s well-balanced, which, for some, could mean a pandering inoffensiveness. Not for this writer. 8/10

The way I see it, Lawson is the plucky underdog, the contrarions favorite convenience store. And it can’t be denied, Lawson does have a certain unquantifiable charm to it. But how does the coffee stand up against its monolithic rivals?

Lawson throws out a curve ball in this category—ask for your coffee at the counter and the staff will prepare it themselves. Don’t be expecting barista-style preperation, however, they’re just using the same type of machine as everywhere else. Nonetheless, I think it’s a nice touch. 8/10 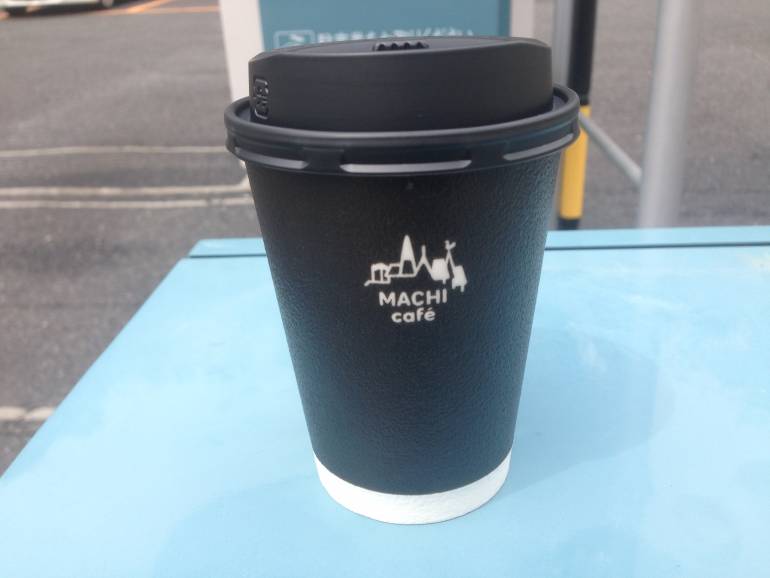 A few issues here. First, the cup is filled to barely two-thirds full. Second, the cup feels the least sturdy and burns your hands when held. Third, the coffee itself has a slightly thin appearance and lacks color. 4/10

Despite its lacklustre appearance, Lawson coffee has a bold flavor, with chocolatey undertones and a lasting taste. It’s perhaps the most interesting tasting brew of all, in fact. 8/10

So, the caffeine high has worn off, the smoke has cleared and the results are in—we have our answer:

7-Eleven, with an impressive 25/30, has clinched the title and earned itself a place in the history books. In the end, 7-Eleven was the most rounded competitor, scoring strongly in each of the three categories. There you have it, mystery solved, no more debates needed, case closed.

Written by: Jack Heslehurst
Filed under: Eating & Drinking
Tags:
Sharing
Questions or comments about this article?
Start a thread on our community forum
Ask our local experts about Tokyo