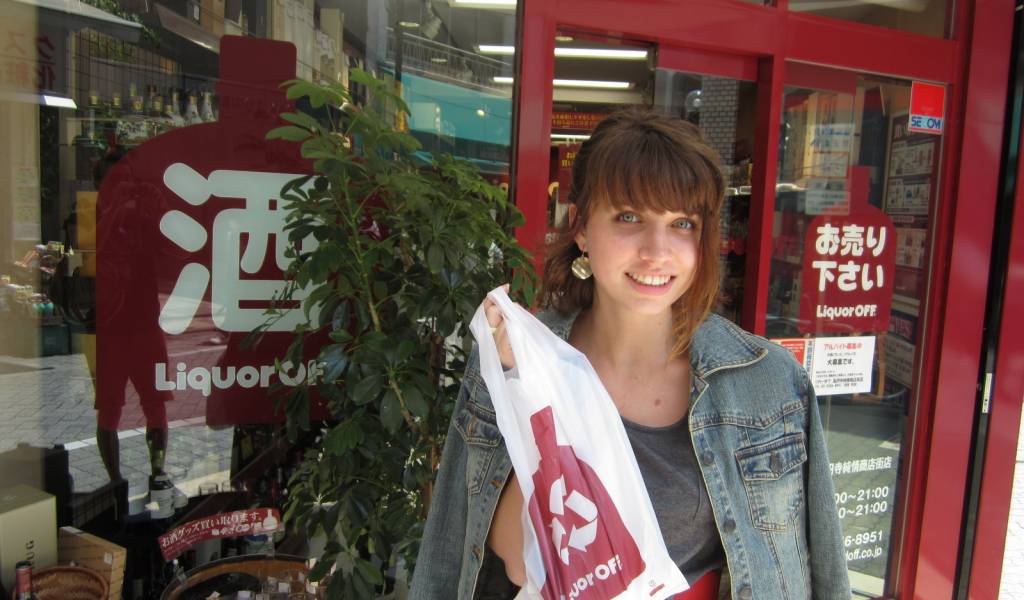 Discount Alcohol at Liquor Off: Get Drunk Without Breaking the Bank

It’s hard being a Cheapo in Tokyo. Between train tickets, housing, food, and internet, there isn’t always a lot left over for “secondary costs” such as liquor and coffee. Fine wines don’t often make the shortlist of necessary expenses. Unless you shop here.

The Off chains, the geniuses behind Mode Off (second-hand clothes), Book Off (used books), Off Home (home appliances), and Hard Off (second hand hardware and games), have a new chain store: Liquor Off.

Now before you rule Liquor Off out as a viable option for alcoholic cheapos, let me give you a brief outline of what Liquor Off is (and is not).

First of all, Liquor Off is NOT:

1. Only full of cheap alcohol. Some of their bottles of sakes are in the 30,000yen or 40,000yen range. So don’t go swinging your purse around in this shop.

2. As widespread as the other “Off” chain stores.

3. Selling opened/used alcohol. When I heard “second hand liquor,” I was skeptical. I’ve seen enough crime drama shows to know you never drink from an opened bottle. Thankfully, none of the bottles in Liquor Off were previously opened.

On the other hand, Liquor Off IS:

1. Full of a variety of alcohol. They have beer, wine, sake, whisky, rum, and a bunch of other liquors I didn’t recognize.

2. Selling alcohol picked up from homes and stores. Some of the beer was heavily discounted because it was going to expire in a couple of months (which is why it was shipped to Liquor Off). Some of it came from personal collections (according to the flyers on the walls).

3. Providing a service for cheapos and fine alcohol enthusiasts. As mentioned before, Liquor Off sells alcohol from every pay range. You can buy a bottle of Californian Zinfandel for 500yen or you could pick up a Rose for 10,000yen. Pick a price, they have plenty of options for each budget.

4. Full of stock that might be a little bit “off.” A lot of the stock is repeats. Some of the labels were semi-scratched off (hence the reason they weren’t sold in stores). This is the kind of alcohol you buy for home parties, hanami, or drinking with your spouse (who knows you are a die-hard cheapo) – but it’s probably not date-night material.

5. A great place to get cheap, foreign imported alcohol for a gift. My husband and I tend to give a bottle of wine as a present for dinner parties. Liquor Off is a great way to get out-of-the-box wines (that you don’t really find in most grocery stores).

Don’t forget to scratch off the label before you re-gift!