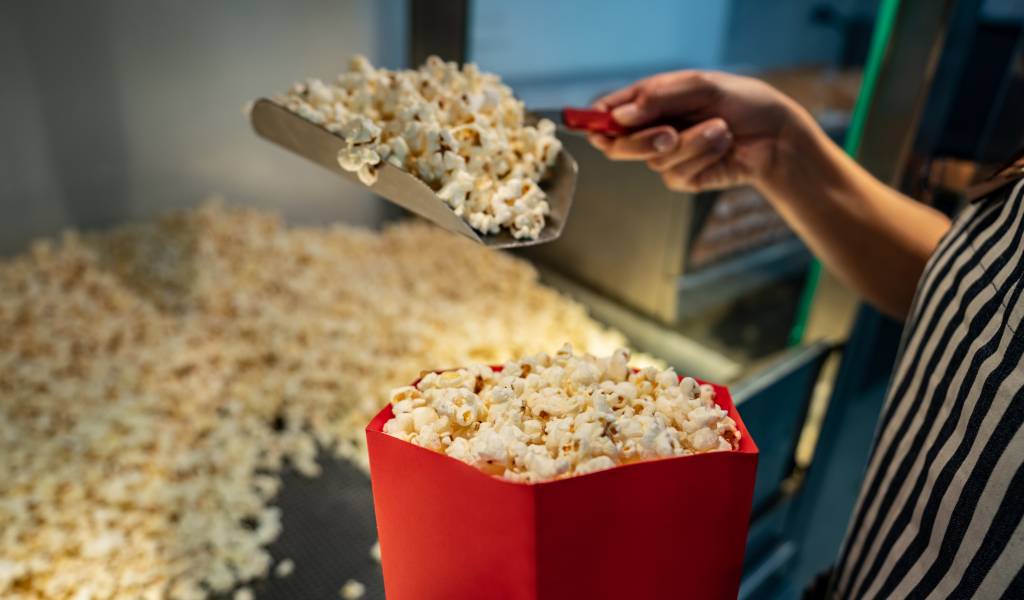 We’re not sure why gourmet popcorn became a bit of a trend in Tokyo in late 2013 until sometime in 2014. Replacing pancakes (also a baffling trend), which are now loved not just as a breakfast meal but also as a snack or dessert, gourmet popcorn shops from the USA somehow started opening one after the other in Omotesando, one of Tokyo’s trendier districts, and are seemingly here to stay. The lines may no longer be as crazily long as they were when the trend was new, but these shops still get a lot of customers, especially on weekends. These being gourmet popcorn shops, they don’t come cheap, but if you want to try them, most of them have different size options, so getting a small bag shouldn’t hurt your wallet too much (unless you start thinking that you could buy a beef bowl or two from Yoshinoya for that price)! Among the ones we’ve listed, the ones with cheapo options are KuKuRuZa and Garrett Popcorn Shops.

Here are the shops—some of which took Omotesando by storm—to check out if you want your gourmet popcorn fix.

One of the gourmet popcorn trendsetters in Tokyo, this shop from Seattle has 36 different flavors, but they only sell 10 on any given day. Aside from regular flavors like cheddar cheese and caramel, they’ve got some flavors that will really make you think “gourmet”: maple bacon, Irish coffee & cream, black raspberry with vanilla cream, and truffle fromage porcini, to name a few. KuKuRuZa first opened in Omotesando (it really is the birthplace of Tokyo’s popcorn trend), but has since opened branches in Odaiba’s Aqua City and Chiba’s Mitsui Outlet Park. Prices start at about 390 yen for a small bag, and as much as 980 yen for a large one.

The popular gourmet popcorn chain from Chicago opened in Harajuku to long lines in 2013, and since then, they’ve opened 2 more branches: one in Tokyo Station and another in Chiba’s Shisui Premium Outlets. Along with KuKuRuZa, it helped set the gourmet popcorn trend in Tokyo. Owing their success to a secret family recipe, Garrett’s flavors are Chicago Mix, Plain, CaramelCrisp, CheeseCorn, Mild Salt, Almond CaramelCrisp, and Cashew CaramelCrisp. A small bag ranges from 290-470 yen, so you don’t have to spend so much to try some gourmet popcorn. They’ve also got quart- and gallon-sized tins for big eaters and/or groups.

With 9 flavors and different order sizes, Doc Popcorn‘s got more affordable options than the rest. Its flavors are Denver Mix, Triple White Cheddar, Caramel Bliss, Cheesy Cheddar, Apple Crisp, Sweet Butter, Klassic Kettle, Better Butter, and Salt & Pepper. The latter 3 cost 500 yen each for a regular bag. If bags of popcorn aren’t enough, you can also get their popcorn in tins, with the largest size being 3.5 gallons.

With branches in Seattle, Chicago, and Vancouver, Hill Valley Popcorn Factory has Pure Gold Caramel, Chicago Cheese, White Cheddar, and Natural as its flavors, along with a few seasonal variants. As of now, their seasonal offerings are the spicy Red Heaven, Whisky Caramel, and Chocolated Caramel. In Tokyo, their branches are in Nakameguro, Roppongi Hills, Tamagawa (in Takashimaya), Hiroo, Ebisu (in Mitsukoshi), and Daimaru Tokyo. In some branches, you can also grab a coffee to go with your popcorn. This shop is rather pricey, though, with a regular-sized bag costing 420-690 yen, depending on the flavor.

Priding themselves on their macadamia nuts and original caramel sauce, Leis Hawaii Popcorn only has a tiny stall in Ikebukuro Station, but their products are consigned to a number of shops. Their selection isn’t much: all their variants cost 972 yen and have caramel popcorn as the base, but other than the original flavor, you can also get caramel popcorn with macadamia nuts, or with an island onion flavor.

Is gourmet popcorn too overpriced for you? Well, going to Tokyo Disney Resort isn’t exactly cheap, but if you ever find yourself there, make the most of your Disney vacation by trying their popcorn, which is arguably their most famous snack. They sell different flavors of popcorn all over the many areas of the resort: to name a few, they’ve got apple cinnamon, soy sauce, curry, caramel, soy sauce, and sea salt – only for a little over 300 yen a box. I guess they’re the KitKats of Tokyo Disney Resort: you’ve just got to look around and try them all. You can even get a cute souvenir bucket to go with your popcorn (for an additional price, of course). Otherwise, you can always make your own gourmet popcorn at home with the help of some recipes, or just settle for some cheap caramel popcorn at your neighborhood convenience store or sweet shop!