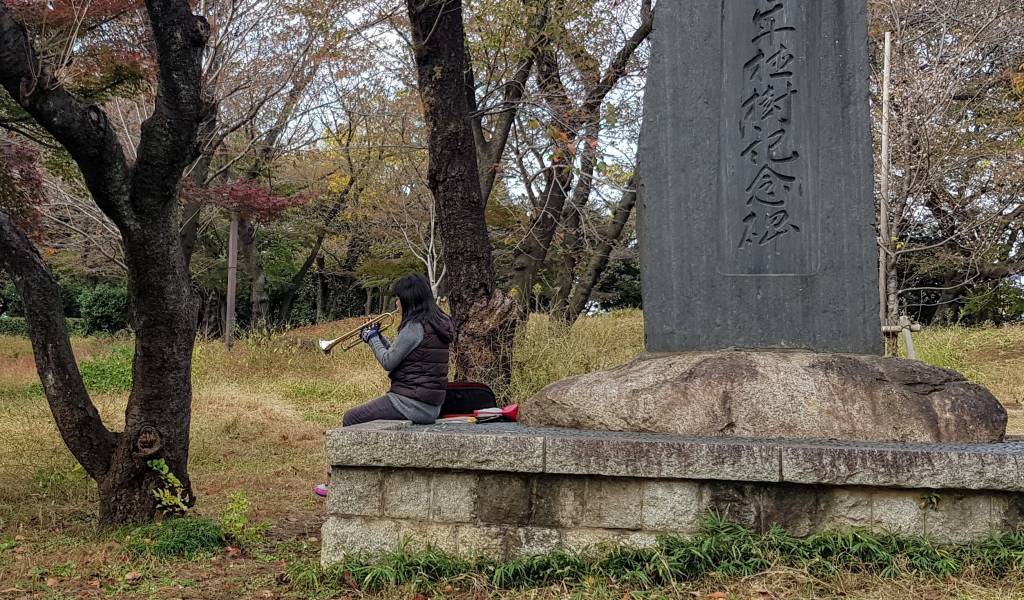 Asukayama Park is a large public park on a high ridge to the west of JR Oji Station in Kita Ward.

The park is especially popular in cherry blossom season, with mature sakura trees spread throughout the park. The cherry trees were first planted by Shogun Tokugawa Yoshimune, although there’s not much sign of 200 year old cherry trees now. After the Edo Period, Asukayama Park—along with Ueno Park and Shiba Park—was among the first public parks to be opened in Japan.

From Oji Station, the quickest way into the park is via the Asukayama Park Monorail—probably the shortest, slowest, and smallest passenger monorail in the world. The free journey between the bottom and top stations takes less than two minutes.

Also located in the park are three museums (The Paper Museum, The Shibusawa Memorial Museum and the Kita City Asukayama Museum), a couple of preserved trains, a children’s playground, and a cafe.

Aside from its popularity during the cherry blossom season, the park is popular with local families and also with musicians looking for a place to practice with their noisy instruments.

The park is a relaxing spot to escape from the surrounding concrete jungle. However, if you’ve got limited time and you’re visiting outside cherry blossom season, you could give it a miss. It’s just a park—with a very unique monorail.