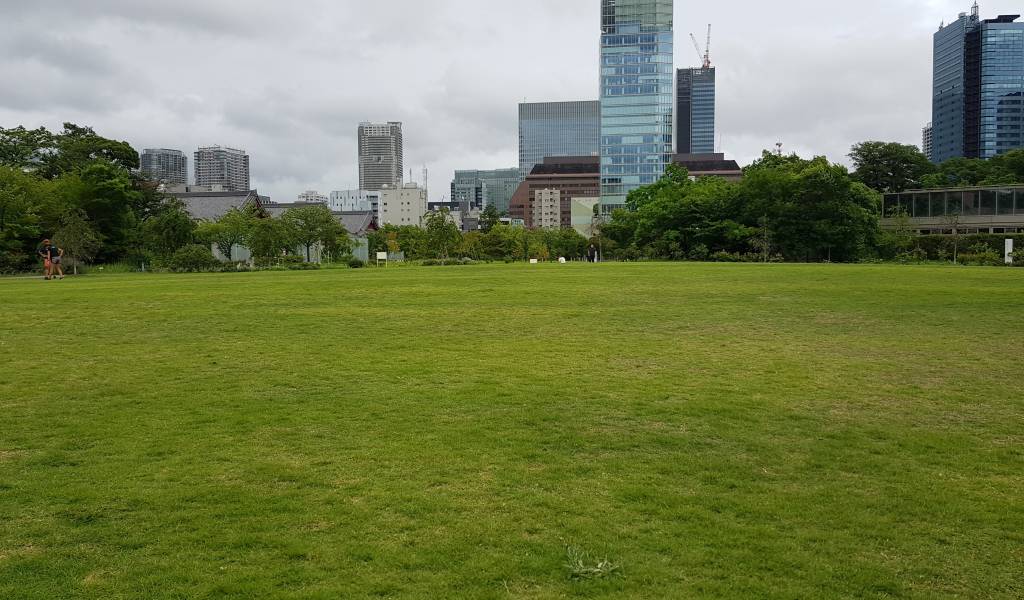 Shiba Park is a centrally located park in Minato Ward, next to Tokyo Tower and surrounding Zojoji Temple.

The park was opened to the public in 1873 and, along with Ueno Park, is one of the oldest parks in the metropolis. Technically, Tokyo Tower is located in a sector of the park, although practically it operates as a separate facility. The park is intersected by a number of roads and contains various structures including a hotel from the Prince Hotels chain and a branch of the Minato ward public library.

The southeast corner of the park is the site of Maruyama Kofun—an ancient burial mound. The keyhole shaped kofun is covered with trees and shrubs, but the outline can be clearly distinguished.

The park can be reached from Shibakoen station on the Mita Line or from Daimon Station on the Toei Asakusa and Toei Oedo lines.