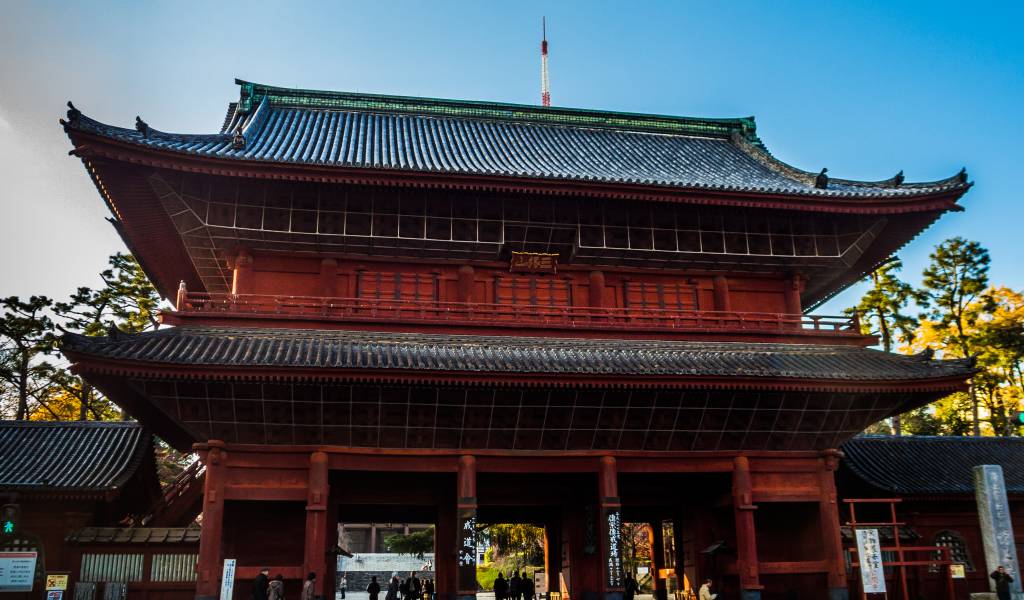 A major temple next to Shiba Park and in the shadow of Tokyo Tower. It’s popular with photographers who want to juxtapose the traditional with the modern.

Zojoji was established in 1393 as the main temple of the Jodo-shu school of Buddhism in Kanto. It was relocated to its present site in 1598 and became the family temple of the powerful Tokugawa clan. A number of Tokugawa shoguns are buried in the mausoleum on the temple grounds.

Fun fact: The temple’s main gate is said to be one of the oldest wooden structures in Tokyo.

Cheapo tip: There is a treasure gallery beneath the Great Hall, and it’s worth checking out.