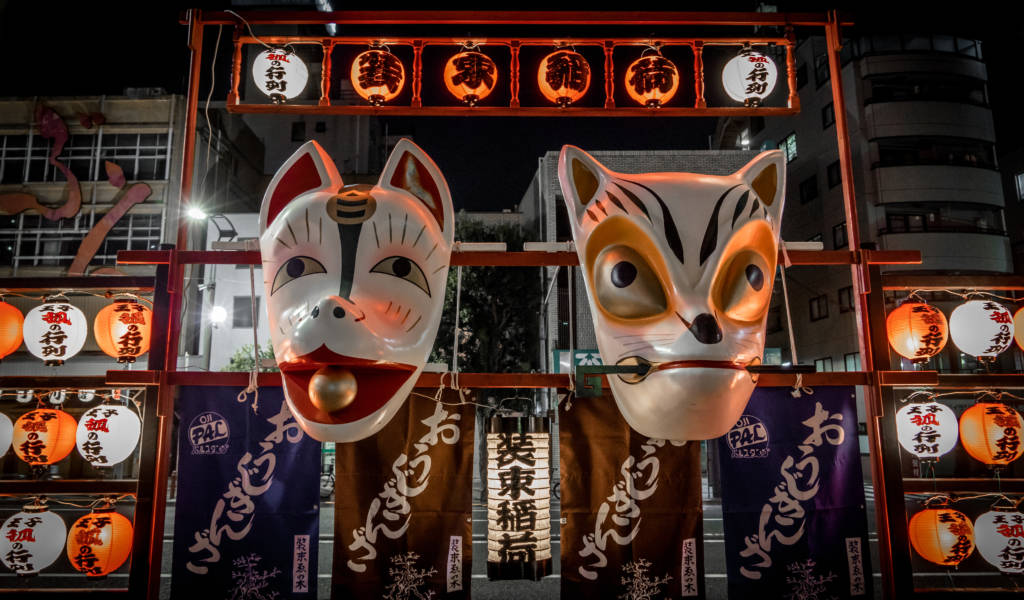 Your Japanese New Year: Traditions and Celebrations in Tokyo

December 12th, 2022 | Tiffany
Sharing
Important: Many JR train lines will run overnight from December 31 to January 1. This includes the Yamanote line, Keihin-Tōhoku/Negishi line, Chūō Line Rapid Service, and local trains on the Chūō/Sōbu line. Note that no lines on the Tokyo Metro will run overnight; the metro will run on the schedule for Saturday and holidays.

In Japan, after December 25, it’s as if Christmas never happened. That’s because Christmas here is like Halloween — just another fun holiday without much traditional or religious significance. Instead, the traditional winter holiday for the Japanese is oshōgatsu (literally “first month”), or New Year.

Japanese New Year celebrations are quite different from typical Western ones. With celebrations extending until January 3, New Year in Japan is largely a quiet family affair. Noisy reveling, fireworks, or countdown parties aren’t the norm — though those can be found. In fact, most Japanese people will be at home (and if they’re not from Tokyo, in their hometowns) with their families. As busy as people are, the working populace gets a few days off for nenmatsu nenshi (literally “end of the year and beginning of the year”).

How to celebrate Japanese New Year

Ever wanted to try celebrating New Year the way the Japanese do? We’ll show you how. Note that you don’t have to do all these things; not everyone sticks to each and every tradition.

Walking around Tokyo, you might see kadomatsu and shimekazari adorning shops, hotels, and other establishments. They’re not just for businesses; they’re used as home ornaments as well.

If you’re into crafting, some parks occasionally have crafting workshops, in which you can learn to make your own kadomatsu and/or other decorations. There isn’t really a dedicated website for parks to announce schedules of mini-events, so chancing upon one is mostly a matter of luck. Some branches of lifestyle store Tokyu Hands have also held such workshops in past years. Check their event page (in Japanese) for announcements.

Watching this long-running show, which started in 1959, has become a New Year’s Eve tradition for many Japanese families. Broadcast on the public TV channel NHK from around 7:15 p.m. until 11:45 p.m., this 4.5-hour-long program involves a musical battle (in fact, the title literally translates to “Red-and-White Song Battle”) between two teams consisting of the year’s most popular and commercially successful artists. The artists are invited by NHK, so to be on the show is considered an honor.

Kōhaku’s ratings are no longer as high as they once were in the ’60s and ’70s, for several presumed reasons such as the advent of the internet (and perhaps people being too preoccupied with their smartphones), but the show still has a loyal viewership base.

Ushering in good fortune is the rationale behind many Japanese New Year traditions, so it’s not surprising that some dishes are designated as luck-bringing ones.

Toshikoshi soba (literally “year-crossing” buckwheat noodles), are served hot on New Year’s Eve to symbolize the cutting off of the year’s misfortunes, as well as wishes for good luck and long life. Meanwhile, ozoni (a savory soup with mochi), and osechi ryōri (an encompassing term for dishes or food items traditionally eaten during the New Year due to symbolic value) are eaten during New Year.

Basic ingredients (noodles, dashi, and soy sauce for toshikoshi soba; mochi and dashi for ozoni) aside, ingredients vary across households and regions.

Osechi ryōri is pretty labor-intensive, which means many families order sets in advance. These tend to be rather expensive; however, we’ve got some tips for slightly more affordable osechi sets.

4. Joya no kane: Ring out the old year 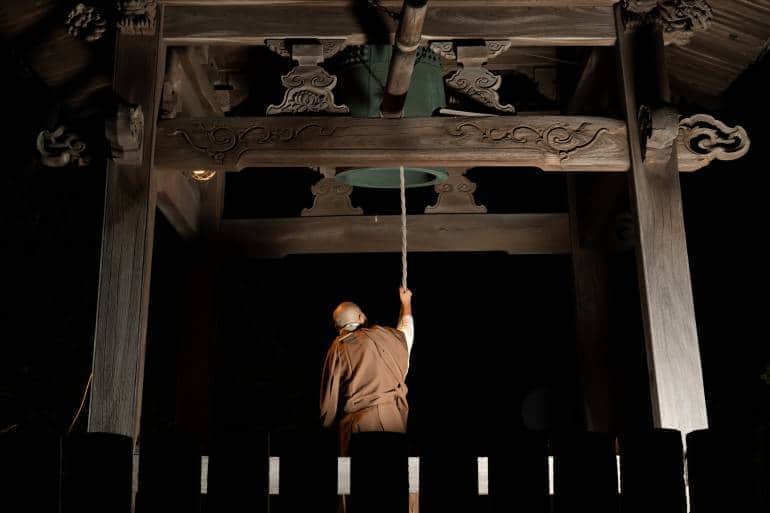 A few minutes before New Year, some temples ring a large bell 108 times as part of a ritual called joya no kane. Why 108 times? In Buddhism, 108 is the number of earthly desires that cause humans suffering, and joya no kane is supposed to purify humans’ minds and souls for the year ahead.

In Tokyo, the temples that are famous for this include: Zōjō-ji near Tokyo Tower and Asakusa’s Sensō-ji. Both get extremely crowded, so get there early!

According to a crowd forecast on Zōjō-ji’s official site, large crowds are expected from 11 p.m. on December 31 until 2 a.m. (the next day). If you’re willing to stay up and visit between the hours of 3 a.m. and 8 a.m. on New Year’s Day, no major crowds are expected. Alternatively, you can watch the festivities via Zōjō-ji’s YouTube channel from the comfort of your home.

Although many young adults don’t send these anymore (letter-writing in general is no longer popular, after all), the fact that the post office, convenience stores, and stationery shops carry a lot of these postcards indicates the market for nengajō. Families and businesses still send nengajō; think of it as the Japanese equivalent of the holiday greeting card.

They come in beautiful and/or cute designs, and the ones sold by Japan Post even come with lottery numbers. Winners get prizes such as cash (don’t expect much, though) or local specialties. If your friends collect postcards, a nengajō might make their New Year. 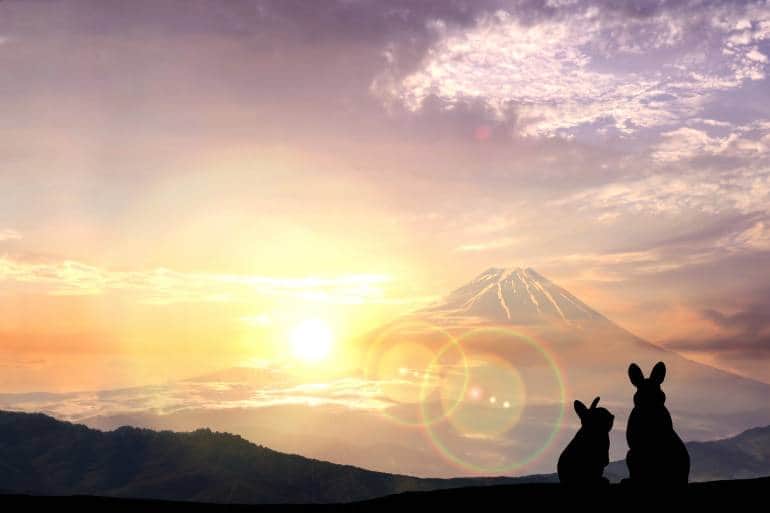 Start the New Year as an early bird and catch the first sunrise! The observatories at Tokyo Tower, Tokyo Skytree, and the Tokyo Metropolitan Government Building are again holding hatsuhinode viewing events for January 1, 2023.

With the extra height, the Skytree sunrise will probably be earlier than 6 a.m. while the first sun is expected to make an appearance from the Tokyo Metropolitan Government Building observatory between 6:30 and 7:10. These events are usually only for a very limited number of participants, with names selected by lottery, and applications starting well in advance. If you can’t get a place, they will reportedly be streaming it from their website.

If you’re looking for something a bit closer to nature, why not take an early-morning hike up Mt. Takao or Mt. Mitsutoge instead? Or go on a sunrise cruise from Asakusa?

7. Hatsumōde: Make your first shrine or temple visit of the year

Kick off the year by praying or wishing for prosperity, safety, and good health (and whatever else you’d like to come your way). Hatsumōde traditionally refers to visiting a shrine or temple between January 1-3. Any later than the first week of January, and it’s not typically considered hatsumōde anymore, even if it may be your first time stepping foot on holy ground for the year.

Any temple or shrine will do, but expect Tokyo’s popular ones — Sensō-ji, Zōjō-ji, Meiji Shrine, and Kanda Myōjin, in particular — to be packed. Our suggestion: Skip the hours-long queue at those spots, and instead visit a smaller, local shrine for a less stressful start to your New Year.

8. Fukubukuro and New Year sales in Japan: Shop till you drop

What, you thought retailers would miss a chance to start the year right? Fukubukuro, which literally means “lucky bag,” is a bag filled with a random selection of items, usually sold for way less than the total value of the items. It’s a clever way of clearing out the previous year’s inventory, and the mystery aspect also makes it exciting for shoppers. Surprisingly, this tradition is older than you think, as it was started by the Matsuya Ginza department store in the 1900s, although it’s unclear if fukubukuro sales during that time also took place over New Year.

In addition to fukubukuro, many shops also have New Year sales, which tend to start at or past noon on January 1st.

Since New Year’s Eve is typically spent at home with family, countdown events are not all that common. However, in recent years, crowds have been gathering at Shibuya Crossing on New Year’s Eve. Sadly the official Shibuya Crossing countdown has been canceled for the third year in a row. There may be some people seeing in 2023 at the iconic crossing, but you can also expect to see police there chasing people away.

Of course, bars, nightclubs, and lounges throughout Tokyo will likely have countdown parties, too. While there are fewer major events than pre-COVID, two of the biggies still going forward are Countdown Japan and New Year Countdown to 2023 at Womb.

While we do our best to ensure everything is correct, information is subject to change. This post was originally published in December, 2015. Last updated December 7, 2022.