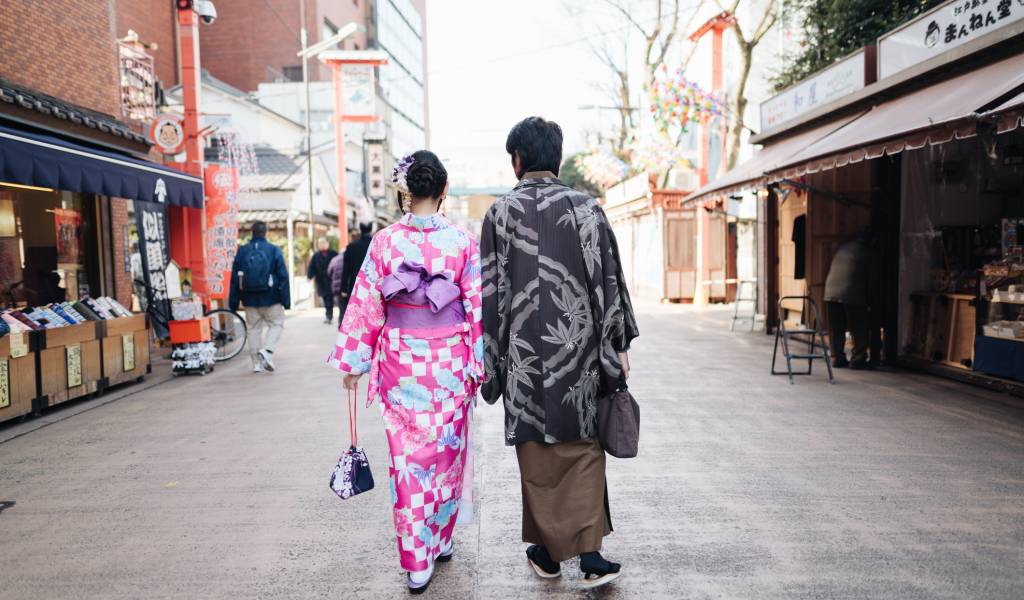 How to Buy a Kimono in Tokyo Without Breaking the Bank

Some outfits never go out of fashion and kimono are a prime example—they’ve been making people look elegant for centuries. It certainly isn’t cheap to buy a kimono in Tokyo though, unless you know where to look …

In today’s fashion world where unique stands above all, what’s more exclusive than the kimono? Leaders of the time-honored industry have traditionally catered to the status-conscious elite, but modern-day kimono designers and manufacturers are having a hard time selling what typically costs thousands of dollars to anyone who isn’t a refined and wealthy middle-aged Japanese woman. As a result, while much of the kimono industry is struggling to stay above water, budget secondhand shops are thriving.

You can pick up an authentic kimono in Tokyo for ¥10,000 or under, if you rustle around the right places. And you should be able to snag a yukata, the kimono’s casual summer cousin, for even less. Here are some suggestions on where to look.

One option is to head to shopping malls like Aeon, or general secondhand clothing stores (furugiya) like Mode Off. Regular shops like these sometimes have sales, though you usually get no more than 10% off. Alternatively, you could try one of the following kimono specialists.

Note: Most decent kimono shops will help with fittings, which can be complicated, and offer suggestions about matching items.

Any of the numerous Tansuya stores are ideal places to score a routinely-offered discount, as well as face-to-face kimono dressing assistance. A popular chain that sells new and recycled kimono, Tansuya is a go-to choice for both kimono experts and newbies. Their secondhand kimonos start from a few thousand yen.

If you’re just after the experience, you can rent a yukata or kimono from Tansuya for around ¥4,000 for a day. Depending on the branch, you can complement your rental/shopping by exploring Japanese tea culture at the historic tea house district in Kagurazaka, ride a rickshaw in Asakusa, or do a bunch of equally cool stuff near the other stores scattered around Tokyo.

One of Tokyo’s favorite secondhand kimono shops is only a five-minute walk away from JR Harajuku Station in Harajuku. The family that has been running Sakaeya for over 50 years is on Facebook and Tumblr (in English), making their social media a great place to start your kimono quest. Perhaps the ultimate in cheap kimono, Sakaeya not only sell secondhand kimono for as low as ¥5,000, they also rent them from ¥6,000, which includes dressing assistance and a mini tea ceremony.

Reservations are needed for both renting and buying—so have a look at their online shop and then book if you like the look of the place. For a little extra, you can join their dance and photo shoot events as well.

Note: Their CEO is an adorable cat named Totoro and their bucho, or department chief, is a raccoon who lives at nearby Meiji Jingu Shrine.

Tokyo has some of the best flea markets we’ve ever seen, and we’ve known people to pick up secondhand kimono for no more than a couple thousand yen—with the obi (kimono belt) and other necessary bits to boot. If you’re in the city when one of the bigger flea markets is on, it’s definitely worth having a look.

A couple of words of advice: check the condition of the kimono carefully before buying, and try it on over your clothes if possible—we’ve known people to take home unexpectedly tiny kimonos that they have later had to foist onto tiny people.

Another good place to buy a kimono in Tokyo is this old-school shopping street in Yanaka. Just five minutes from Nippori Station, Yanaka Ginza is famous for its street food, as well as kimono, yukata and all manner of other traditional Japanese clothes and homeware, including hanten—those short winter jackets you see older folks and hipsters sporting.

You can also have a gander at the goods in the Ameya-Yokocho market, commonly known as Ameyokocho or Ameyoko, in Ueno, as the stores there sometimes have discount yukata and kimono.

Renting a kimono in Tokyo

There are heaps of other Tokyo kimono rental options in addition to the ones we’ve mentioned above. Whether you’re wanting to see what it’s like to stroll around in a kimono before splashing out, or feel like one wear would be enough, check out our Tokyo kimono rental guide for ideas.

This Asakusa kimono experience is one we recommend.

If you don’t have the time/energy to rove around physical stores, don’t stress—a lot of new and secondhand kimono shopping can be done online. For example, mega-retailer Rakuten’s kimono page is a cheap, mix-and-match stop for easy access to inventory from hundreds of stores from all over Japan. It also gives you a quick and informative overview of the different types of kimonos and accessories out there. Kimono on Rakuten start from ¥9,000 or so up.

Another competitive option is Ichiroya, an online flea market that sells genuine, family-owned kimonos from Osaka, Kyoto, Nara and Kobe, with the goods ranging from vintage to practically new, as well as branching out to semi-custom-made options. Their kimono can cost anything from ¥3,000 all the way up to ¥200,000, but most seem to range in the low hundreds (of USD). They have a handy Youtube channel with short guide videos on kimono purchasing and wearing too.

This article was first published in January, 2016. Last updated by Lily Crossley-Baxter in July, 2018.