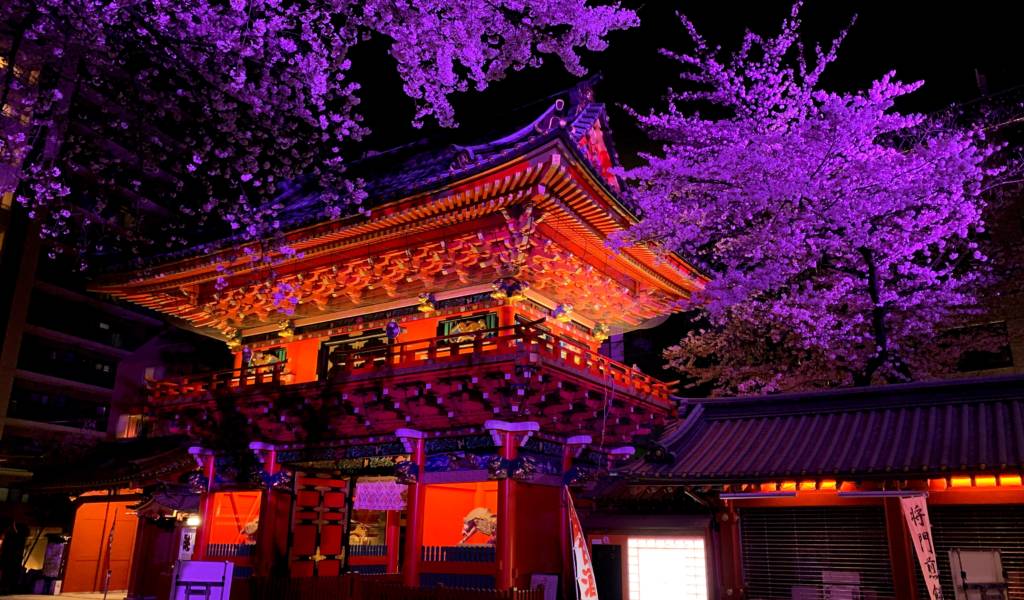 A large and important Shinto shrine in the Kanda/Ochanomizu area, the Myojin shrine is home to the Kanda festival which is one of the three biggest in Tokyo.

Originally built in the year 730, the shrine has since been moved and rebuilt multiple times, although it did survive the bombing of WWII, unlike many other Japanese structures in the city.

The Shrine’s proximity to tech-central Akihabara hasn’t left it untouched—it is a popular spot to buy talisman for the protection of electronic goods.