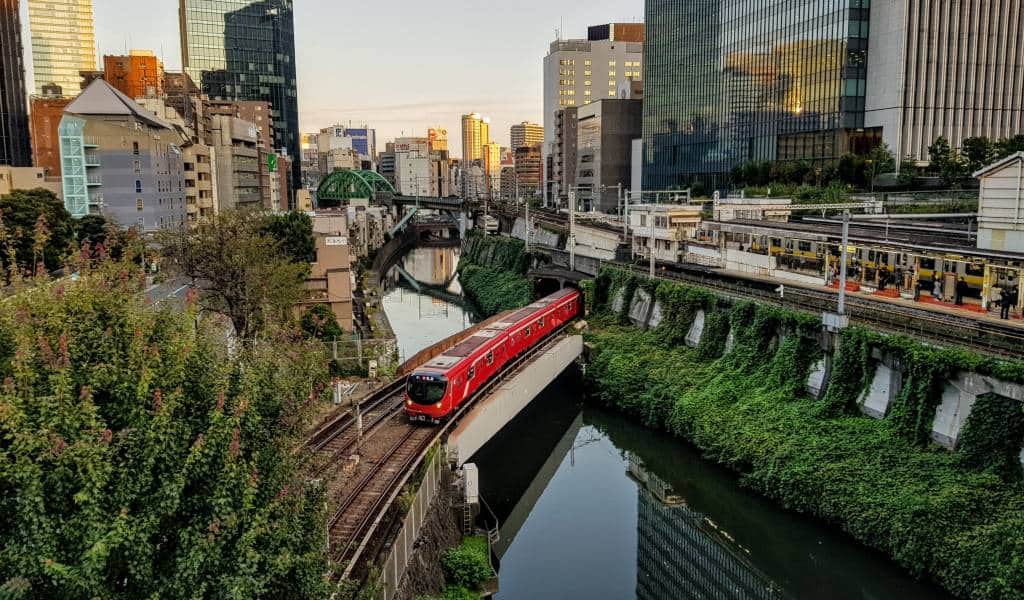 Ochanomizu means ‘tea water’. Apparently they used to get water from the Kanda River to make the Shogun’s tea so it must have been a hell of a lot cleaner that it is today

Ochanomizu is a major cheapo destination of note. It is especially famous for its second hand musical instrument shops and for its second hand ski and snowboard equipment shops. Some ski/snowboard shops also offer surfing and other sports equipment so they have something to sell/trade during the hot months. Japan was a major importer of rare musical instruments during the 80s when people could throw away lots of money on their hobbies – so there are a few gems available now that people aren’t quite as filthy rich as they once were.

All Articles about Ochanomizu
Do you want all our best tips on Tokyo? Download our ebook guide!

Things To Do in Ochanomizu