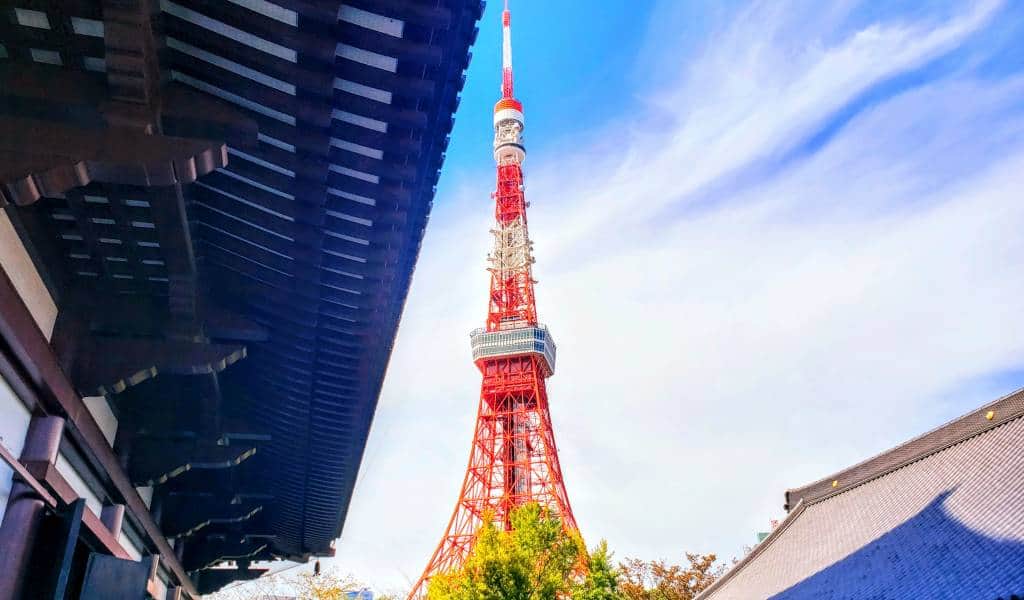 Standing tall at 333m, Tokyo Tower is a whole 9m taller than its inspiration—the Eiffel Tower. Completed in 1958, it held the title of tallest structure in Japan until the unveiling of Skytree in 2012. It is, however, apparently still the world’s tallest self-supported steel tower, so that’s something. As well as being a popular landmark and observatory, it serves as a broadcast tower.

There are two observation decks; the first is 150m up in the air and can be reached by an elevator or by climbing 600 steps, depending on how you feel. Due to Tokyo Tower’s central location, the views are awesome, despite the height being average. For loftier views, you can head to the special observatory, which is 250m high and offers views of nemesis Skytree as well as Mount Fuji on a clear day. Look out for the glass flooring that can be enjoyed in the observatories as well as gift shops. There are restaurants for a light meal or tea break.

At the base of the tower, you’ll find shops and One Piece Tower, an indoor amusement park that opened in 2015.

Pro tip: Save money on Tokyo Tower tickets by purchasing them online.