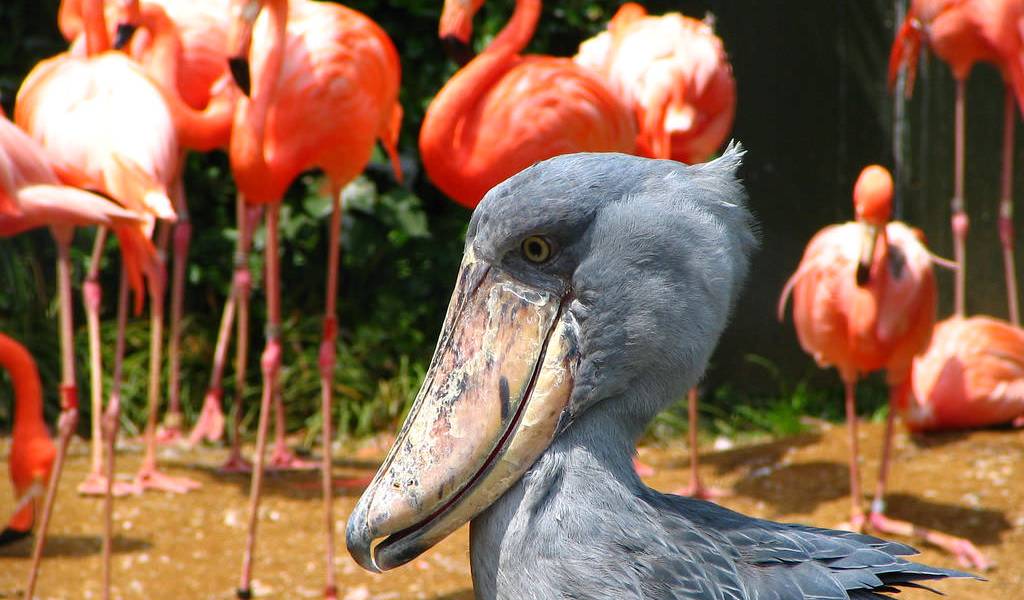 Tokyo Zoos and Aquariums: Your Guide to Furry, Feathery and Finny Friends

Famed for pandas and whale sharks, these Tokyo zoos and aquariums have some high-profile guests and are perfect for a rainy day in the city.

Zoos in Japan may not reach the animal welfare standards you are used to back home, so keep that in mind when deciding whether or not you would like to visit. Due to a lack of legal protection, animals are often kept in small enclosures and standards for natural habitation environments are low.

|credit|Ueno is Tokyo’s oldest and most central zoo, founded in 1882 as a step towards modernity in the Meiji period. As a municipal zoo it has more funding than others and provides good natural environments for the animals. There are 63 sections to explore including areas for gorillas, tigers and Japanese animals as well as birds and of course, the famous pandas. If you’re keen to see the panda at her best (apparently when eating bamboo), be sure to check the feeding times on your way in. Other unusual animals include aye-ayes and a Galapagos tortoise as well as your usual zoo fare such as elephants, tigers and monkeys. The zoo has a monorail offering great views on a tour around the park as well as plenty of attractions within like Pagodas and relaxing gardens.

Spread out across 50 hectares of the beautiful green Tama Hills, the zoo allows animals to roam free across the grounds and is one of the biggest in the world. With four sections including the Asiatic Garden and the African Garden, the zoo has animals like lions, elephants, an Indian rhinoceros and tigers as well as red pandas and sika deer. Due to the twinning of Tokyo and the Australian State of New South Wales, the Australian Garden has the first Japan-raised koalas in a specially created habitat. Due to the layout of the zoo you can see some of the more dangerous animals via the safari-esque “Lion Bus” and enjoy seeing orangutans from the Skywalk in the Asiatic Garden. Other attractions include the butterfly house, and aviary and a mole house.

Located inside Inokashira Park, this small zoo offers a great insight into the indigenous animals of Japan with plenty of smaller animals and birds. The zoo is technically two parks in one, with a larger duck-filled pond area and a more traditional small zoo. You can see Japanese serows, monkeys, raccoon dogs and a range of small cats. A little like a zoo in miniature, the park is filled with cute smaller versions of animals, which might be right up your boat. The zoos largest resident, the world’s oldest elephant Hanako died last year aged 69 after petitions were launched to improve her living conditions and there is now a statue of her at Kichijoji Station. The zoo is a great place if you have small children to entertain or if you would like to learn about the species of Japan.

Although it may sound too good to be true, this zoo is well and truly free. It may not have the elephants and pandas of Ueno, but it has plenty of smaller cute animals to see and some medium sized-ones too. In Gyosen Park, the zoo is very family-friendly with plenty of popular favorites including giant anteaters, penguins and wallabies as well as seals and some peregrine falcons, but the top attraction is probably the undeniably adorable red panda. The zoo has a petting zoo area where children can meet goats and sheep during two time slots each day. There is also a small aquatic zone in the zoo with fish and other creatures that live in the surrounding environments.

Similar to zoos, the welfare standards in aquariums in Tokyo and Japan are lower, especially for larger animals such as whales or dolphins who are still used for performances. If you want to support an aquarium that also contributes to science and conservation, choose Tokyo Sea Life Park. For the others, you might want to opt out of visiting the dolphin show.

Housed under a giant glass dome, Tokyo Sea Life Park has some incredible displays ranging from the deep sea to Tokyo Bay’s long-ago underwater residents. With one of the largest penguin displays in Japan, you can see Humboldt Fairy, Rockhopper and King penguins in a land and underwater viewing area. One of the best attractions is the tuna display in the Voyagers of the Sea area, which makes a nice change to seeing them strung up at the famed market. The Shoreline area is also an interesting display with recreation of the Kanto shoreline and those who live within it. In the Sea of Tokyo exhibition you can see a variety of creatures who live naturally in the nearby bay from mudskippers to butterfly fish. There is a tidal pool for kids  and various feeding times for penguins and tuna which are well worth the scheduling.

A more high-tech marine experience, the Aqua Park has some incredible displays which definitely go beyond your traditional aquarium experience. The Jellyfish Ramble is an LED-fueled room of towers filled with jellyfish with natural sounds adding to the mix. There is also a Magical Ground with a touch-panel tank and LED displays which guide you into the aquarium experience. The rest of the aquarium is a little more normal, with tropical displays, sawfish, mantarays, penguins, otters and an aqua jungle area. The park also offers dolphin performances in the stadium area with carefully orchestrated sounds and lights adding to the experience. The 360-degree cylindrical water curtain provides a full view of the show to all viewing.

An aquarium located on a rooftop, this is a pretty futuristic spot with plenty of attractions beside the amazing location. Recently remodeled to be an “Oasis in the Sky”, the aquarium houses over 37,000 fish from around 750 species. You can enjoy the jellyfish tunnel, fish circus and the giant sunshine lagoon tank. The first floor is the Ocean Journey, the second is the Waterfront Journey and the outdoor area is the Sky Journey. The also have otters and penguins with displays of divers feeding the fish in special sessions. The most impressive part of the aquarium is probably the Sunshine Aqua Ring—a donut-like ring which sea lions and penguins loop through, looking as if they are swimming in the sky. There are penguin parades, pelican walks and a chance to greet an otter,  as well as performances by sea lions and a water show in the Sunshine Lagoon.

With over 50,000 fish from 90 species, the Tokyo Tower Aquarium can make a great addition to your tower exploration. The displays include East and South American fish, Asian, African and coral reef fish, with a small amphibian section and a Japanese garden. There is a new display of salamanders, a keen Japan favorite, as well as plenty of ornamental fish. With calming music played in the background, the aquarium can be a great place to escape and relax—provided it isn’t a weekend!

Based on the theme of the ‘Cradle of Life”, Sumida Aquarium  is considered to be a nurturing environment with sections focusing on the cradle of life and the chain of life. You can enjoy displays of sea life from Tokyo Bay and the surrounding islands as well as natural aquascapes and coral reefs. There is a jellyfish display (because when isn’t there) and a section focusing on the tiniest of sea creatures, arranged in tanks like painting in an art gallery. The aquarium also has one of the largest open-air tanks in Japan holding up to 350 tons of water,  as well as some penguins and fur seals. There is a two-story atrium viewing space using environmentally friendly LED lights  reflecting the natural changes between day and night. Interestingly, there are three LAB sections (Aqua, Coral and Tidal) where visitors can talk with the aquarium keepers and learn more about aquatic life.