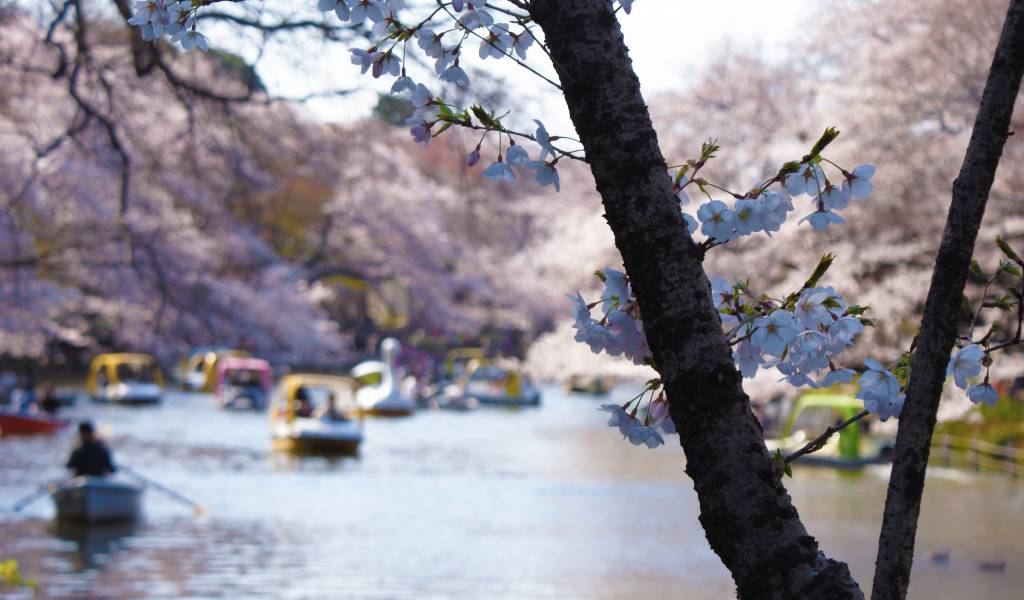 Inokashira Park is a large wooded park near Kichijoji Station. The centerpiece of the park is a large pond on which you can paddle a giant swan or rowing boats. The park is particularly popular during cherry blossom season because of the large number of mature sakura trees lining the pond which is the source of the Kanda river.

The park is also popular with musicians and performers, who line the paths—especially on weekends. You can easily spend an afternoon watching the acts, strolling through the grounds and admiring the hidden gems like the Shrine dedicated to Benzaiten. The park is considered a gift from the emperor and was originally called the Inokashira Onshi Koen which means Inokashira Imperial Grant Park. In addition to the normal park attractions, there is also a small zoo which has an aquarium too. The Ghibli Museum is located next to the park.