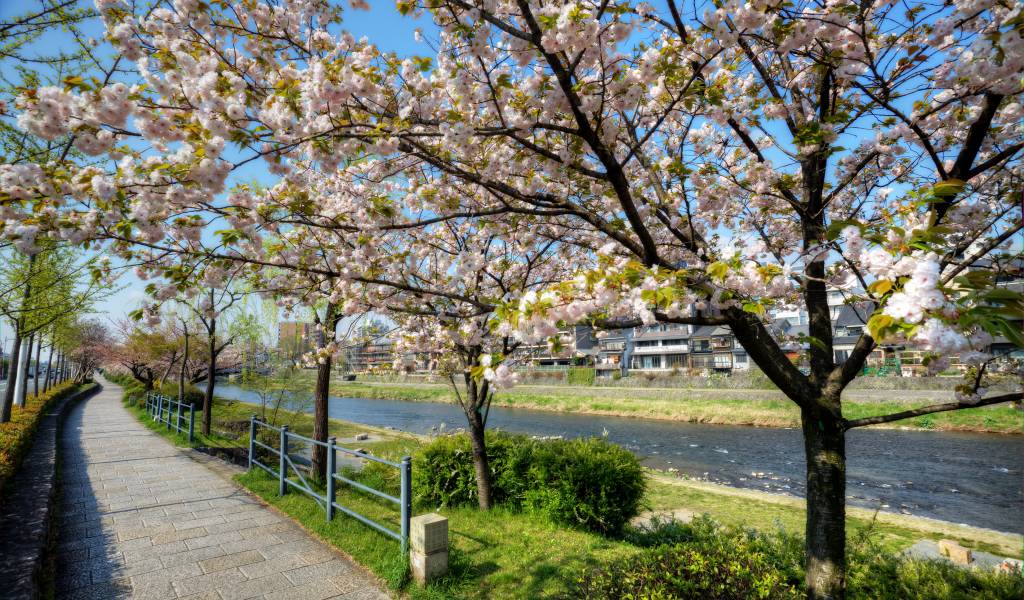 3 Tokyo Cycle Routes to Explore City, Nature and Everything in Between

Tokyo is the best major city in the world for cycling. We’ve no scientific proof to back this up and we’re admittedly severely biased, but hear us out. Tokyo is (largely) flat, the traffic is (largely) calm, the scenery is (largely) pleasant and it is (largely) very safe.

Although the capital is huge, cycling can still be as efficient, if not more so, than cramming your way onto a train or taking out a loan for an extortionately priced taxi. With an estimated 14% of all journeys made using a bicycle in the capital, it seems as if a lot of Tokyoites would agree.

Not only can cycling be efficient, but it’s also a fine way to fight off the specter of a ramen-induced paunch. By allowing you to cover a lot of ground quickly, it’s a great way to see the city—and let’s not forget, it can be a lot of fun. To at best avoid embarrassment and at worst a grisly demise, we’ve put together a few top tips on how to cycle safely in the city. Below that, we’ve compiled a few Tokyo cycle routes that best showcase the upsides of cycling in the city.

Pro tip: Book a guided cycle tour for an extra-awesome experience of Tokyo by bike.

Although cycling in Tokyo is far more safe than in most major cities, there are still a few things to keep in mind before heading out:

The Yamanote Line encircles central Tokyo, handily hemming in the majority of the city’s guidebook-friendly sightseeing spots. The circular route accommodates between three and four million passengers daily, which, for a bit of perspective, is the same as the entire population of Moldova. Over 35 km, the Yamanote Line stops off at a grand total of 29 stations, linking together diverse neighborhoods, each with their own allures and their own place in the city’s patchwork.

If, for some reason, you wanted to do a full loop by train, the journey would take roughly one hour to complete. Aside from the confusion you’d surely cause at the ticket barrier, the boredom and the sheer pointlessness, this is a bad idea because you’d only be visiting these places in the most superficial way imaginable. A much better idea is to peddle your way around.

Cycling the full length of the Yamanote Line is easily manageable in a day, even for the most reluctant of cyclists. The beauty of this ride is that the Yamanote Line acts as a giant route marker, eliminating the need to endlessly consult Google Maps or attempt to decipher road signs. If you can see it, you’re heading in the right direction. Moreover, you’re able to see a large and endlessly interesting cross-section of the city in a single swoop.

If you’re new to Tokyo, you’ll be able to tick off the majority of the “must-see” districts all at once, if you’re a Tokyo veteran, discovering the routes that link major areas may just be a revelation.

Obviously, you’re free to begin your journey from anywhere, cycle in whichever direction you like and stop off anywhere that takes your fancy. Thinking up a rough itinerary—where you want to stop, where you want to have lunch, etc.—may be a good idea beforehand, however.

Beginning life in Inokashira Park, the Kanda River winds its way through Tokyo’s western edge, slices through the wards of Shinjuku and Bunkyo, before finally flowing into the larger Sumida River close to Ryogoku. The river’s 25 km course sweeps through parks, gardens, commercial centers and suburban sprawl, making it another excellent route for exploring a broad cross-section of the city. Best of all, the vast majority of the river is flanked by pathways, making it abundantly cycle-friendly.

While cycling the entire river from source to tributary will perhaps win you more praise, our preferred route runs in the opposite direction to the flow of the river and begins in Takodanobaba.

Reason being, some sections of the river before this can be quite difficult to navigate as it intersects with other rivers and even disappears underground. Begin in Takodanobaba and it’s relatively smooth sailing all the way to Inokashira Park. The river is just north of the station, where you’ll find it at the bottom of a deep-sided concrete basin with paths on either side. All along the route there are numerous small bridges meaning it doesn’t particularly matter which side you choose. All you need to do is head west, sticking to the banks of the river as you go.

As you pass Shimo-Ochiai Station the river begins to dip southwards and the path becomes park-like, with plenty of room for pedestrians and cyclists both. In the spring, the area is popular with cherry-blossom enthusiasts, though at any time of the year it’s a nice to spot to check out.

From here, the river surges on through suburban Nakano ward. If you’re a glass-half-full type, this section will provide you with an unbeatable window into suburban life and teach you a thing or two about apartment block architecture to boot.

Half-empty type and it may be more of a slog through monotonous urban sprawl. Either way, persevere and you’ll soon be in the far more congenial Suginami ward. Here, the river guides you through myriad small parks and gardens, temples, shrines and generally agreeable spots. Tsukayama Park comes particularly recommended if you’re looking for a decent place to rest up.

Just ahead of Mitakadai Station the river begins to run roughly parallel with the Inokashira Line, letting you know your destination is approaching. As will your salubrious surroundings, concurrent with the area’s reputation as one of the city’s most sought after postcodes. Once you pass Inokashirakoen Station, you’ve arrived. Inokashira Park is one of Tokyo’s very best—at this point you many want to lock up your bicycle and take it all in on foot.

You’ll find the ever-popular Ghibli Museum here, as well as a small but charming zoo, though a simple stroll along the park’s crisscrossing footpaths is as good a way to spend your time as any. When you’re done, don’t forget to leave the park and explore Kichijoji’s varied upmarket allures.

Next up, a ride for those itching for a hit of nature without having to go too far. This one begins close to Tanashi Station—not too far from where our last entry left off—and shoots, straight as an arrow, all the way to Lake Tama. The lake, actually a reservoir which supplies much of Tokyo with its drinking water, straddles the border between Tokyo and Saitama and is surrounded by lush greenery and some excellent cycle paths. Ghibli fans may also know the lake as the magical setting for the studio’s classic My Neighbor Totoro.

This is another route friendly to those without much navigational expertise as you’ll be following the handy Tamako Cycle Route (Tamako Jitensha-do) which traces an underground water pipe all the way to the lake. Although in name a cycle route, the path also proves useful to pedestrians and joggers, meaning there may be a degree of dodging involved along the way. Nevertheless, the tree-lined path takes much of the stress out of city cycling and allows for a hassle-free and very enjoyable ride.

The starting point of the path can be found just south of Tanashi Station at the intersection of Route 7 and Inokashira-dori. Look out for signs if you’re not sure where you’re going.

From here, all there is to do is follow the path. Although it narrows in sections and there are roads to cross, there’s generally plenty of space for everyone and relatively few obstacles.

Depending on your speed and whether you stop off for a coffee or not, you should reach the lake in roughly one hour. Consult this route for a better idea of where you’re headed.

Lake Tama is part of the wider Sayama Hills area, famed for its rich verdancy and abundance of flora and fauna. Arriving here can be initially a little disorientating given its proximity to the city, though this is exactly where its beauty lies. At the lake, there’s ample room to park up and relax on the grassy shore, or, alternatively, the option to head out on one of the woodland cycle paths that circumnavigate the lake and the surrounding area.

Be warned, the paths can get muddy in the aftermath of rain and some feature some pretty intimidating inclines, so be sure to choose wisely. If you’ve got the energy, however, it’s well worth the extra effort to explore Totoro’s stomping ground.

Bonus option: For crowd-free cycling, see our guide to Saitama’s Shinrin Koen Cycle Course. Or check out these other popular cycle routes around Tokyo.

Need a bike? Here’s where to rent one and where to buy one secondhand.

Kichijoji Nakano Sayama Takadanobaba
Written by: Jack Heslehurst
Filed under: Outdoors and Nature | Things to do
Tags:
Sharing
Questions or comments about this article?
Start a thread on our community forum
Ask our local experts about Tokyo