Reconditioned Bicycles: The Two-Wheeled Wonders and Where To Find Them

Cardinal rule #9 of living in Tokyo: buy a used bicycle.

Suggested Activity
Small Group Bicycle Tour of Tokyo
Looking for a different way to experience Tokyo? Hit the streets on a guided bike tour! This is a full-day cycling sightseeing tour of Tokyo, departing from Toranomon Hills. In this tour, you will be able to discover a new side of Tokyo riding on a bike. The bicycle, helmet and gloves rental fee is included. The are 5 courses ...
Click here for details

Whether you’re in the downtown area within the ellipse of the Yamanote Line, or in a suburb of apartment buildings interspersed with small farm plots and convenience stores, there’s no more efficient way to do groceries, avoid being stranded by the last train, or maneuver your kids/friends around in semi-illegal balancing acts. There is almost nothing that has not fit, or been made to fit, in the basket of my yellow mama-chari (how does one explain the mama-chari? It’s something of a dignified workhorse of a bicycle, equipped with several or more of the following: basket, child seat, kickstand, built-in lock with a teeny-tiny key of which you might want to make several dozens of duplicates); and little that has not been accomplished in conjunction with riding the mama-chari—smoking, eating, catching up on cellular correspondence, endurance racing. No lie.

Inherently practical in a city too crowded for cars, bicycles are also incredibly inexpensive to maintain and use, especially in conjunction with the ubiquitous train system. Since train fare is calculated by zone (not to mention train line—simply transferring between JR and Keio and the various subway lines will cost you), it may be cheaper in the long run to park your bicycle at a station that falls in the zone closer to your destination. For example, I would usually pay 460 yen and make two transfers to reach Shibuya from my local train station; whereas the twenty-minute bike ride to Kichijoji and the direct train I can take from there costs me only 190 yen.

In the more concentrated downtown area, using the train seems all but superfluous; the bike ride from Roppongi to Shibuya (a distance of approximately 2 mi) should take no more than fifteen minutes—but costs 260yen by subway.

But I’m getting ahead of myself. While you can purchase your bicycle new at a department store or specialty shop, reconditioned bicycles do the job just as well and much more cheaply; they are also often retailed by “silver jinzai” centers, or state-sponsored senior citizens’ work centers that dispatch the skills of retired folk.

For three days every month, buyers can pick out impounded bicycles that are assembled by the truckload on a vast lot at the Suginami-ku Silver Jinzai Center (Suginami Green Cycle). Bikes are then fixed up and ready for retrieval within a few days. Prices range from 6,700 yen to 15,500 yen. Opening hours are between 11:00-16:00, but go early to snag the cheaper specimens. 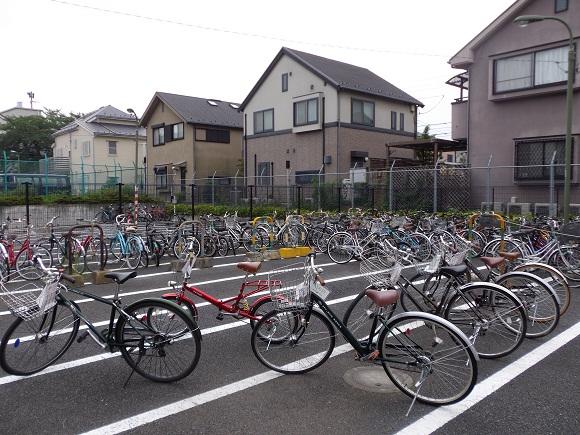 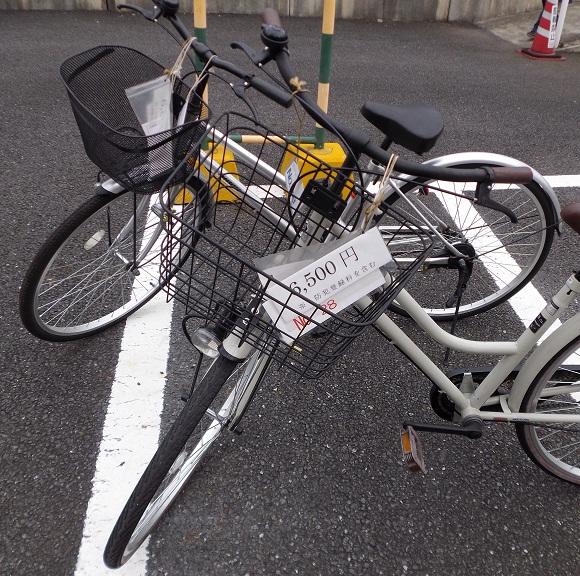 Keep an eye on the website for monthly updates on sale times. The Musashino-shi Silver Jinzai Recycling Center in Nakamachi runs a similar service every 4th Saturday of the month from 10:00-16:00, albeit on a much smaller scale. Since only around 20 bikes are reconditioned each month, I’d suggest calling in advance to check the stock. (Closest station: Mitaka)

Recycle Garden Yoyogi is a glorified 100 yen store, stocking bizarre jewelry, smokers’ paraphernalia, and a menagerie of fake eyelashes on the second floor, and a purveyor of reconditioned and discounted new bicycles on the first. Bicycle registration is done on-site for 500 yen. 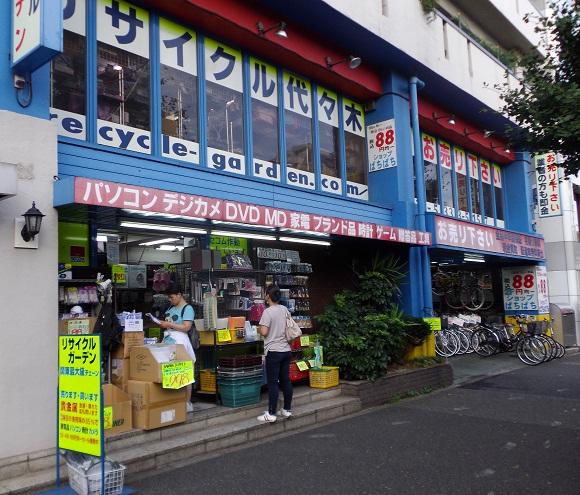 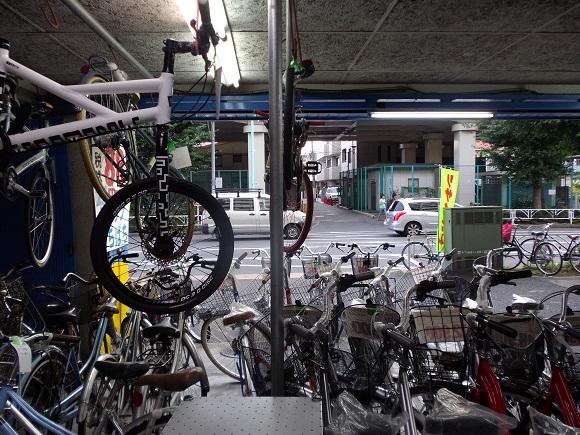 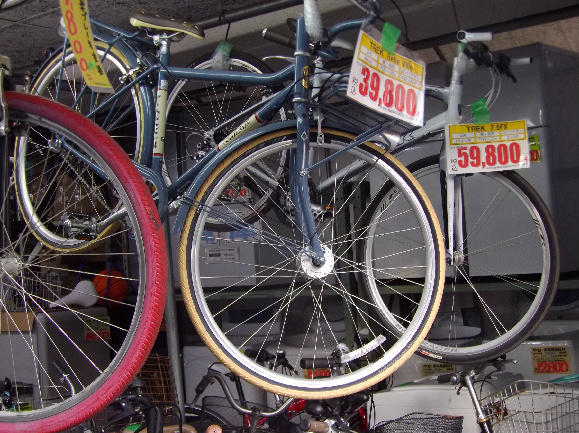 Located in Okubo and apparently good for decent second hand bikes, Ando Garage sells a range of bike types, including cross bikes and electric bikes. They also do repairs, buy used bikes, and sell accessories. Their website regularly uploads new additions to their range of new and used bicycles. 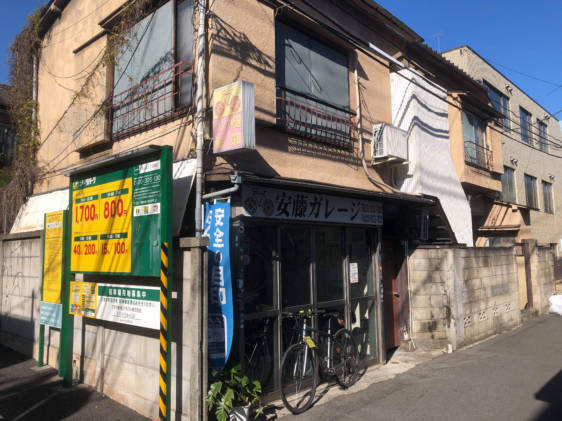 I haven’t personally visited any of their locations, but the Cycly chain stores seem to be a good bet for buying reconditioned bicycles, as does the web store Hashimoto on shopping site Rakuten. Or you might check out the classifieds on Craigslist (where do you suppose I found the best job in Tokyo?!), Gaijinpot, and in various print publications (Tokyo Weekender, Metropolis, etc. etc.)