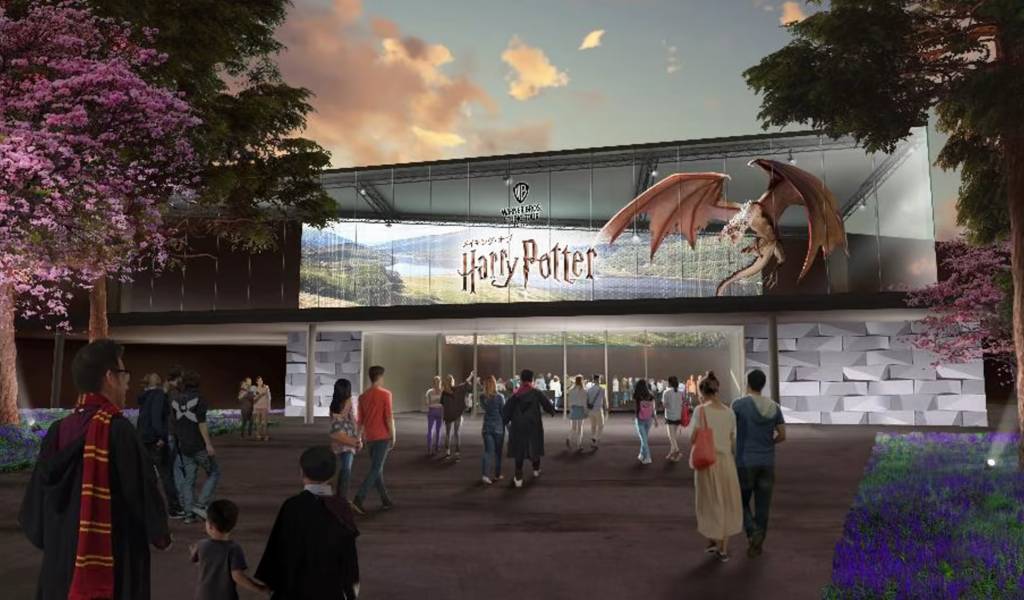 What we Know about the Harry Potter Studio Tour in Tokyo

Reborn from the ashes of the Toshimaen theme park will be The Warner Bros. Studio Tour Tokyo — The Making of Harry Potter, set to open in the first half of 2023. Here’s what we know so far.

What is it and how is it different to the USJ Harry Potter attraction?

Potterheads in Japan will now have two ways to get their fix of Polyjuice Potion, as both Tokyo and Osaka (as part of the Universal Studios Japan theme park) will be brewing the magic. But since the Tokyo Potter experience won’t be an amusement park, we imagine it’ll be very different from the Osaka one. In other words, don’t expect to ride a Hippogriff roller coaster or embark on a forbidden journey.

Instead, you’ll be able to tour the likes of Hogwarts and Diagon Alley, get a taste of behind-the-scenes experiences and see actual displays of film sets, costumes, and props. All of these attractions will be authentic, too. Since the Tokyo Tour promises to give fans a unique way to experience the wizarding world of Harry Potter, you could argue that it’ll be better than an amusement park.

What has been confirmed for the attraction?

We know that Warner Bros will build the Studio Tour on the grounds of the old Toshimaen theme park in Nerima City, which is about a half an hour train ride from central Tokyo. The tour looks set to cover 30,000 square meters (approximately four Quidditch fields), so we recommend you make at least a half day out of it and plan accordingly. Warner Bros has also partnered with Seibu Railway, Itochu, and Fuyo to bring the magic to life. And since the opening will coincide with Warner Bros’ 100th anniversary, you can expect some epic celebrations in 2023.

There will also be an indoor soundstage and outdoor backlot areas. The indoor soundstage will contain most of the main attractions like the film sets and props, while the outdoor backlot will showcase several sculptures of magical creatures and iconic characters. Toshimaen is well known for its green landscape, so Warner Bros and Co have committed to preserving the green space and making sustainability a key principle. New trees will be planted to replace old ones to maintain the greenery.
From an economic perspective, the Tour will aim to create local job opportunities and drive much-needed growth in tourism. There are also plans to make parts of the Ikebukuro and Toshimaen railway stations Harry Potter-themed, so you might be able to board the train at Platform 9 ¾ to get there.

What else can we expect?

The Warner Bros. Studio Tour Tokyo — The Making of Harry Potter is set to be similar to The Warner Bros. Studio Tour London — The Making of Harry Potter. This means you can expect it to be a walking tour without any rides. Since the actual attractions haven’t been released yet, we can take a look at the London Tour to get an idea of what we can expect.

The London Tour is renowned for its first-hand magical experiences, where you can go on captivating set tours and get a feel of original costumes and props. So, expect plenty of that in Tokyo. Both the Harry Potter and Fantastic Beasts series look set to be recreated, meaning you’ll be able to experience the Potterverse in all its glory.

In addition to the tours and props, the Tokyo Tour looks set to showcase and celebrate many creative disciplines, such as filmmaking and costume design. This provides an educational experience because it gives visitors an idea of how the creators brought the magic to life. You can also expect some interactive experiences, as the London Tour lets you ride a broomstick against a green screen and pot mandrakes.

Another experience you can expect in Tokyo is the serving of Harry Potter-themed food and drinks. These are a highlight of the London tour. There’s a restaurant that’s a recreation of the Great Hall at Hogwarts serving British food and Butterbeer, so you probably won’t leave with an empty stomach.

How much will tickets cost?

Ticket prices for the Tokyo Tour are yet to be released, but judging from the prices of the London Tour, we can expect tickets to cost around ¥8,140. The London Tour requires bookings to be made in advance and distributes visitor arrivals evenly to prevent congestion. This is an encouraging sign as it likely means you won’t have to wait in massive queues, regardless of popularity.

Warner Bros. Studio Tour Tokyo — The Making of Harry Potter is scheduled to open in 2023, so you still have plenty of time to book your Airbnb accommodation and flights if required (fingers crossed Japan will be fully open by then). If the Tokyo Tour limits daily visitor numbers like the London one, then tickets will probably sell out fast for the first few months at least.

Overall, Warner Bros. Studio Tour Tokyo — The Making of Harry Potter promises to be an immersive, entertaining, and educational experience, so there’s plenty to look forward to in 2023!

Open with Maps
The Warner Bros. Studio Tour Tokyo --- The Making of Harry Potter
Nerima
Written by: Ren Sayer
Filed under: Themeparks and Zoos
Tags:
Sharing
Questions or comments about this article?
Start a thread on our community forum
Ask our local experts about Tokyo