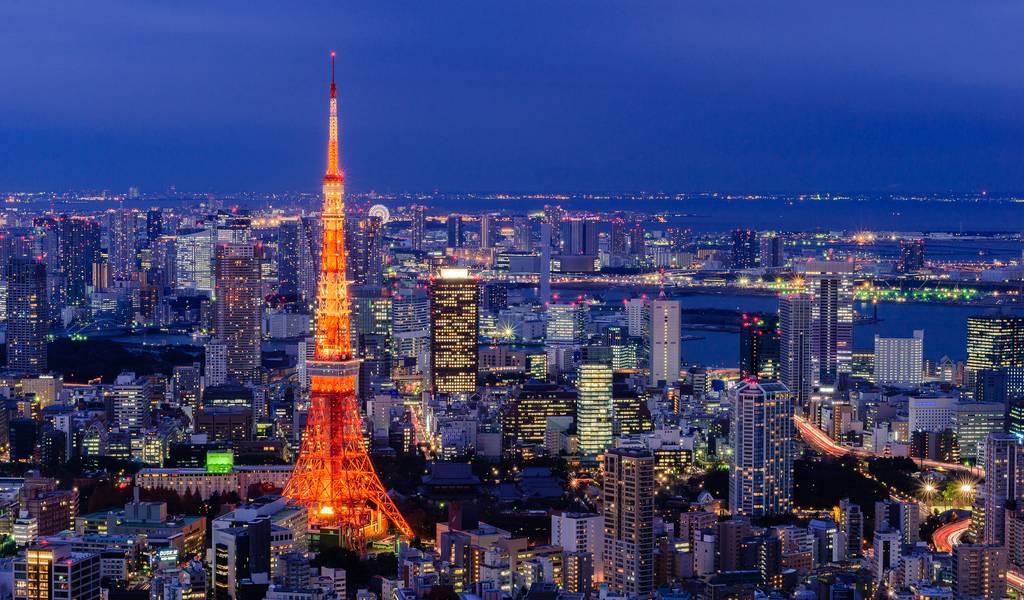 Planning a big trip to Tokyo? Do you live in Tokyo and want to spend the weekend hitting those tourist spots you never got a chance to see? If you’re anything like me, you spend more time planning the trip than actually enjoying it. Especially when it comes to looking up all the famous spots in Tokyo. Take Tokyo Tower for example.

That’s what you came to Tokyo to see. It is easily the most recognizable building in Tokyo. You can spot it in movies like Lost in Translation and and you’d be hard pressed to find a Tokyo postcard without it being the centerpiece. “Man, this is going to be awesome!” you think smugly, anxiously awaiting for the moment to tell your friends about the weekend trip of a lifetime. Ok. You’re probably not that excited, but still, it’s got to be kind of cool. Right? Well prepare to be disappointed.

The thing about those famous Tokyo spots is that most are over-crowded, over-priced and over-suck. Don’t get me wrong. Tokyo will blow your mind. It has tons of things to see and do, but I know that before I came here, I was hyping places up without ever really checking them out. I’m talking Obama levels of hype. One of those spots in particular was the famous Tokyo Tower. Also known as Tokyo’s tallest tourist trap.

Tokyo Tower is Japan’s homage to Eiffel Tower. It’s distinctive because it’s…red I guess? Whatever. Look people, I don’t know its history. I just know Godzilla hates it. The guy levels it every other week. If you’re watching a movie set in Japan and you don’t see Tokyo Tower in any of the shots, it’s probably because Godzilla knocked it down before shooting started. The point I’m making is that the structure is famous. I’m also pretty sure that it’s standard for leads in Japanese dramas to stare at it amorously, but outside of that, what can you actually do at Tokyo Tower? Well, you can look at it. It’s a lot cooler from far away, but being at the base of it allows for that upward angle shot you’re obligated to take.

“Oh, come on! It’s the Tokyo skyline! That view has gotta be worth it!”
I used to be like you, so much hope. Yeah. Tokyo’s has it’s own unique skyline.
You know you’re in Tokyo when you see it. It can be breathtaking, especially if you can catch Fujisan on the horizon, but Japan is known for being kind of moody about the weather. You’re really just at her mercy there.

It isn’t too bad though; particularly at night when Tokyo looks like a Daft Punk concert. Oh, but what’s that? You say the view is missing something, but can’t quite figure out what it is? Let me give you a hint: You’re standing in it. The one thing that separates a night sky in Tokyo from the million other night skies in the world is its big neon red needle beckoning Eva 002. You’re kind of missing the point when you’re viewing Tokyo’s skyline from Tokyo Tower. You don’t even need to pay to get a good view of the city. In fact, you can climb to the top of the Tokyo Metropolitan Government Building for free. But hey, if your heart is set on Tokyo Tower, there is also a little aquarium you can check out for an additional ¥1,000. Because ya know, that’s what you really came to see at a thousand feet. Fish. However, if you don’t mind shelling out some yen, you can head to my favorite spot for viewing Tokyo, Mori Tower in Roppongi Hills. The view from Mori Tower:

It’s just a few stops away from Tokyo Tower and has way more to offer. For ¥1,500, you get to travel to the 52nd floor and enjoy the view, access to whatever event they got going (when I went it was a planetarium, as of this writing I believe it’s something called Journey Through the Afterlife: Ancient: Egyptian Book of the Dead), and even trek a wicked art museum. For an additional ¥300, you can go out onto the sky deck, where the wind is strong enough to blow away your camera. Tell me that doesn’t sound awesome. Oh, and if you’re a student, you best be packing that i.d. card. It knocks off ¥500 for any high school, college, or university student. All that for ¥1,800 or ¥1,300 if you’re a student. Bam.  My school isn’t even a Japanese university and I still got the discount. Just flash that old student parking badge you’ve had in your wallet for the past seven years and it will probably work. The museum isn’t something to pass up either. They’re always presenting stuff that leaves you feeling like you’re in a Tim Burton movie. Last time I went, I saw zombie samurai, dresses made of wolves, and a giant rotating skull. I’m not kidding.

If you want to see an impressive view of Tokyo without dropping the yen, then just head to the Tokyo Metropolitan Government building. If you don’t mind spending the yen, then definitely check out Mori Tower. The view, on top of everything else it has to offer, is well worth it. Skip Tokyo Tower. It’s expensive, and while famed, isn’t very fun. It really is Tokyo’s tallest tourist trap. Oh. Sorry. Second tallest.

Written by: Aaron Baggett
Filed under: Sightseeing
Tags:
Sharing
Questions or comments about this article?
Start a thread on our community forum
Ask our local experts about Tokyo