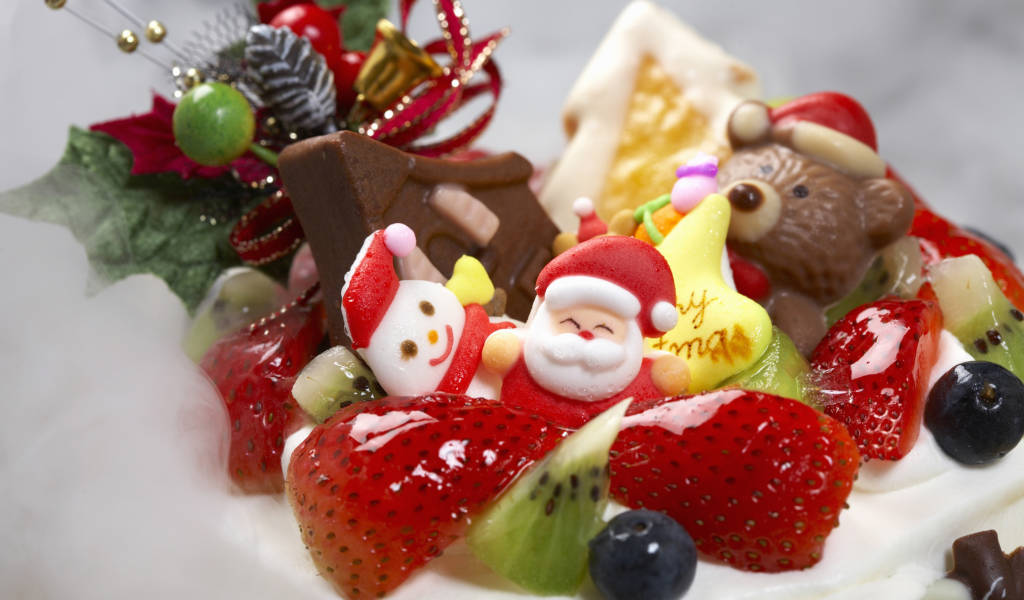 'Tis the Season: A Timeline of Christmas in Japan

Christmas in Japan is—like many things in the country—a little wacky. Stores deck the halls with boughs of holly, baubles and all of that, and carols float out over the speakers. There are beautifully illuminated Christmas trees, and you can find roast chestnuts, mulled wine and all of the other ingredients for a winter wonderland. Except it’s not at all religious (except for the small population of Christians in Japan), it’s not a holiday, and it’s not really about family.

The 24th sees celebrations, but these involve romantic dinners for couples at KFC. Incidentally, it’s one of the busiest nights for love hotels. Here’s a look at the making of Xmas in Japan.

1549: St. Francis Xavier comes to Japan, tries to bring Christianity with him

St. Francis Xavier rolled into Kagoshima as Japan’s first Jesuit missionary. Despite some success in converting Japanese people to Christianity, the land’s Buddhist and Shinto religions won out—and even today, less than 1% of the population are Christian. It’s believed that the first Christmas celebrations in Japan were held in the first few years after St. Francis Xavier’s arrival.

1614: Christianity is banned, Christmas is canceled

Increasingly suspicious of Christianity, the shogun Tokugawa Ieyasu banned the religion, and practitioners were badly persecuted. Christmas fell away, except perhaps in celebrations by secret Christians—kakure Kirishitan.

When Japan re-opened its doors to the world during the Meiji Restoration (from 1868 onward), a lot of big changes were made in society. One of these was the enshrining of religious freedom, which meant that Christianity and customs like Christmas could be practiced once again.

During World War II, all things deemed American and celebratory fizzled out—including, it would seem, Christmas.

With the American influence in the years of rebuilding after the war, Christmas suddenly exploded into a popular event—albeit a secular, commerce-oriented one (wait, what’s so different here about that?). The Japanese take on a traditional Christmas cake emerged and quickly became established as a central feature of Xmas celebrations that you’ll still see today. It’s typically a round sponge cake decorated with red and white icing (have you had a look at the Japanese flag recently?) and is eaten by families and couples alike on Christmas Eve. Here’s an academic paper on the cake, if you’re interested. Stollen has also became a popular Xmas treat.

1974: “Kentucky for Christmas!” – KFC becomes the holiday meal of choice

Word is that a bunch of foreign tourists were wandering around looking for turkey for their Christmas dinner but couldn’t find any, so they settled on fried chicken. KFC’s marketing department heard about this and decided to punt their food as the Christmas meal, using the rather unremarkable slogan “Kentucky for Christmas!” And that was that—the whole country adopted a new Christmas tradition that continues today. People order their slightly-fancier-than-usual finger-licking-good meals months in advance and enjoy them with wine or champagne—and of course, a slice of that Christmas cake.

Written by: Carey Finn
Carey's Tokyo favorites are: artless craft tea & coffee
Filed under: Holidays
Tags:
Sharing
Questions or comments about this article?
Start a thread on our community forum
Ask our local experts about Tokyo