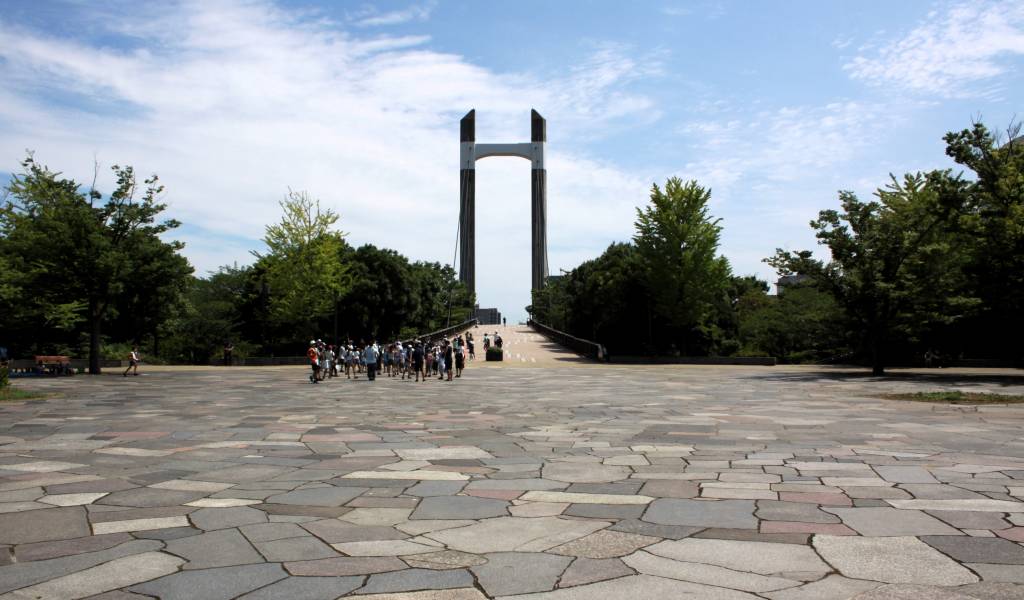 The Tokyo Museum of Contemporary Art is also located here — one of the main reasons to head out this way. Combine your visit to the park with a coffee at one of the numerous hipster cafes in nearby Kiyosumi.

Where is Kiba Park?

Kiba Park is in Kiba, a former lumber district east of the Sumida River (and just east of Kiyosumi, Fukagawa, and Monzen-Nakachō — three neighborhoods known for their old Tokyo/”shitamachi” vibes).

A canal, Sendai-bōri, bisects the park into northern and southern sections, which are joined by an impressive suspension bridge.

What is the park known for?

“Kiba” literally means “tree place” — much of what is now Kiba Park was, for centuries, an important lumber yard. Until the mid-20th century, logs were barged to Kiba and floated in a pond for storage and sorting. This tradition lives on in the annual Koto Ward Citizen’s Festival, in which performers balance and perform tricks on floating logs in a pond in the middle of the park.

An interesting fact about the park is that there is a shunting yard for storing train sets for the nearby Oedo Line located directly beneath the park. Even open space is utilized to the fullest in Tokyo!