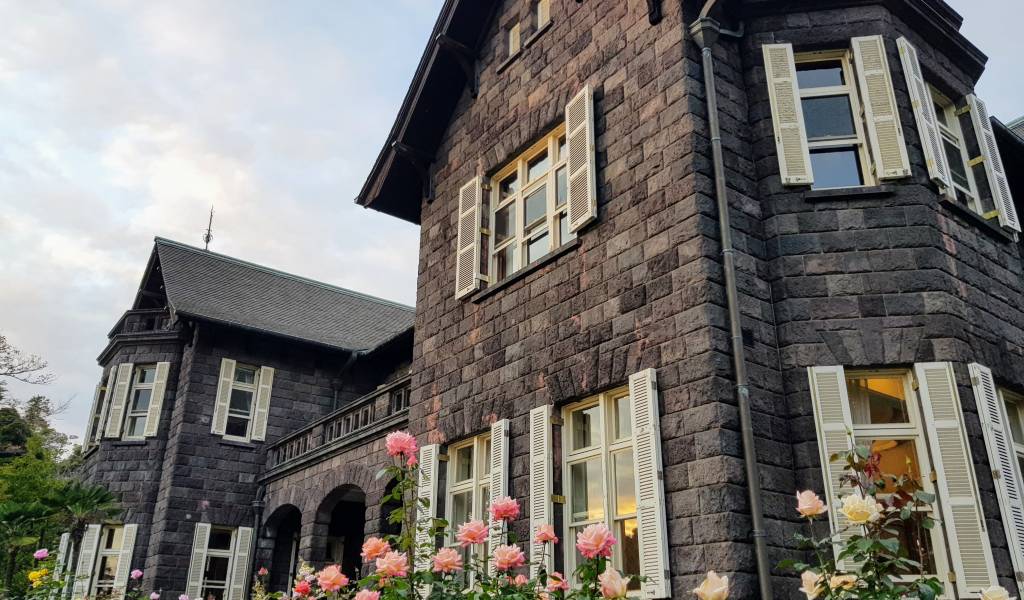 The gardens and western-style masnion were built under the ownership of Baron Toranosuke Furukawa, the third head of the Furukawa zaibatsu (industrial conglomerate).

The estate sits on a slope, with the house at the highest point, a large western-style rose garden next to it, and a Japanese garden in the lowest part of the property.

The mansion was built in the early 20th century between the Meiji and Taisho periods to a design by British architect Josiah Conder. While little known in his home country, Conder was a central figure in the westernization of architecture in Japan, working on numerous projects for the Meiji government. Holy Ressurection Cathedral in Ochanomizu is another surviving example of his work.

While ¥150 is the general admission price, children of elementary age and below can enter for free. There is a separate fee of ¥800 if you would like to look around the mansion house.

Admission to the garden is free for all on Greenery Day (May 4th) and Tokyo Citizens Day (October 1st).

The most convenient stations are Nishigahara and Komagome on the Tokyo Metro Namboku Line. The garden is within easy walking distance of Asukayama Park in Oji and Rikugien Gardens, so can be combined with a trip to either or both.

If following Google Maps beware that it may send you to a closed gate. The main gate is on the north east corner of the property.