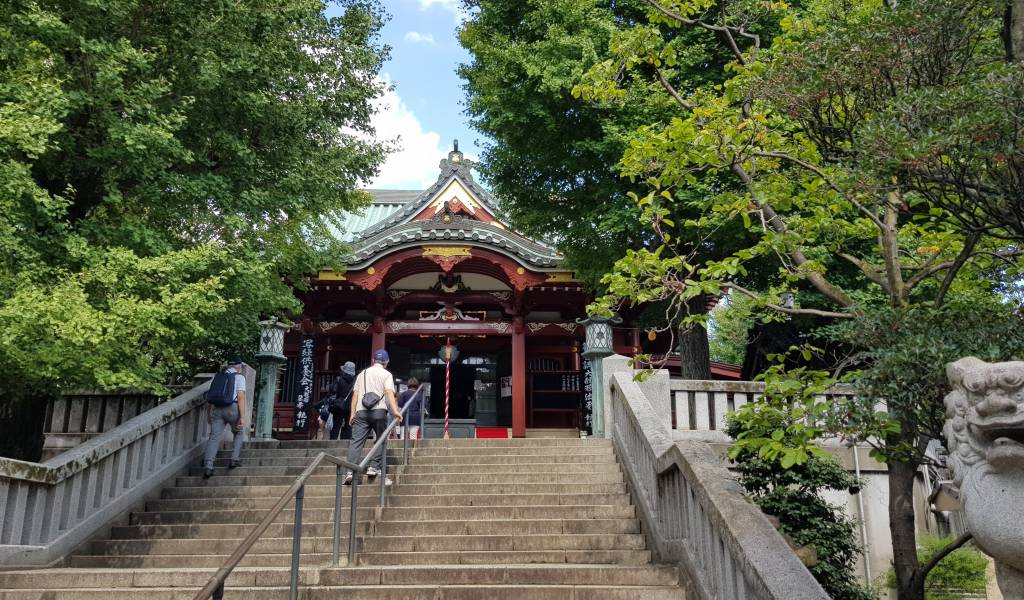 Matsuchiyama Shoden Honryuin is part of the Sensoji group of temples. A famous scenic spot in Edo (old Tokyo), often depicted by many ukiyo-e artists and poets of the time.

Although very much tongue-in-cheek (due to its diminutive height), Matsuchiyama is one of Tokyo’s four urban mountains. Legend says that in the year 595, a 10 meter bluff suddenly rose from the bank of the Sumida River. The temple was built on the sacred site shortly after, and it has been a site of worship for 1,400 years.

The architecture of the main hall is more reminescent of a shinto shrine than a Buddhist temple.

If you take the path to the right of the main hall, you will get impressive views of the Tokyo Skytree, on the other side of the Sumida River.

Matsuchiyama Shoden is also home of the shortest (and probably cutest) monorail in Japan! It’s primarily designed for people with difficulty walking and connects the parking area with the main hall.