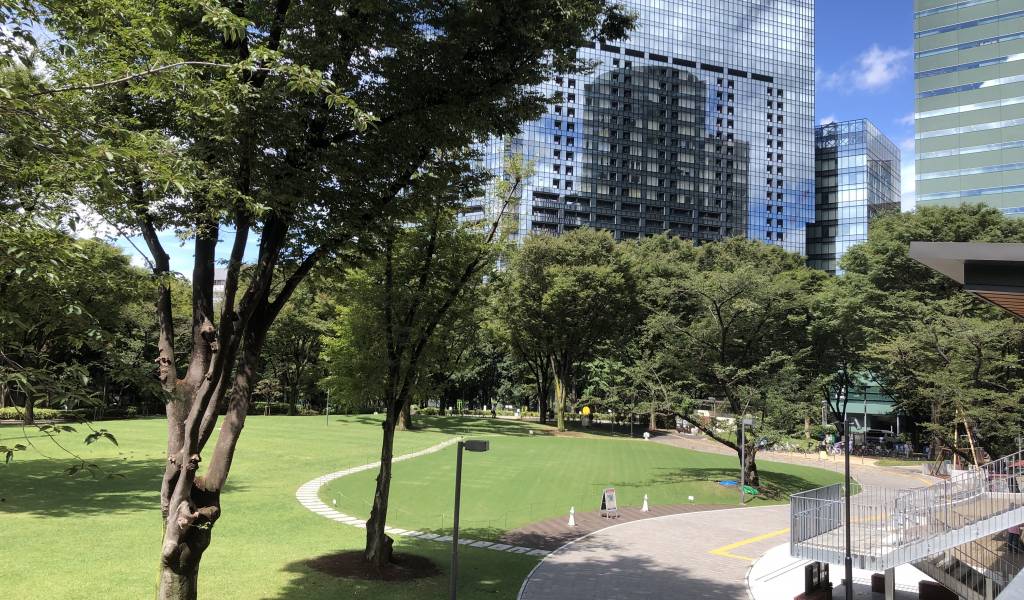 A small but lovely park in the heart of Tokyo. In the shadow of the Tokyo Metropolitan Government Building, Shinjuku Central Park—or Shinjuku Chūō Kōen, as it’s known in Japanese, is a popular spot all-year round for residents and workers in the area.

There are a couple of lawns where you can have a picnic lunch, as well as paths for strolling or jogging (note that these aren’t very long at all, you’ll need to do several loops to rack up 5km, or head elsewhere for a run).

The overall vibe is sedate and family-friendly; it doesn’t have the sometimes-rowdy feel of Yoyogi Park, which is a few kilometers away.

Shinjuku Central Park is split into two sections; there’s the main part described above, and another area, across a pedestrian bridge, which is geared towards kiddies. There you’ll find jungle gyms and such, and in summer there’s a paddling pond for the tots.

Shinjuku Central Park is particularly delightful during autumn, featuring spider lilies, ginkgo trees and ornamental maples aplenty (at different times of the season). It’s also well worth a visit during the early weeks of summer, when you can hear cicadas singing so loudly they drown out the sound of the city traffic, and see long lines of hydrangeas in bloom.