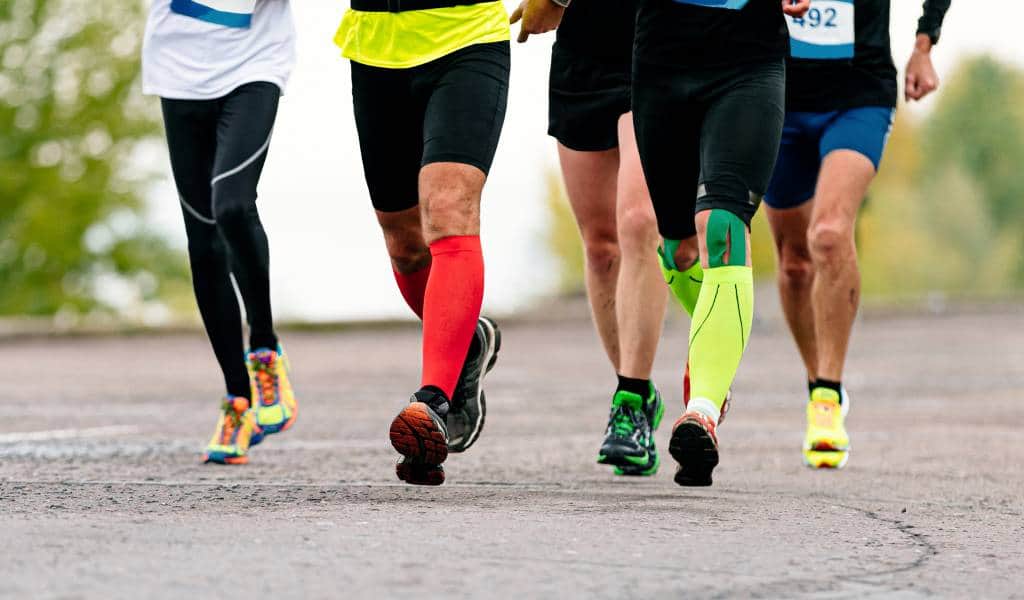 Jogging in Tokyo: Where and How to Get Moving

Looking for places to run in Tokyo? You’re not alone. Long a popular pastime in the capital, jogging has seen explosive growth in recent years. Here’s a quick rundown (yes, we just did) of where people are jogging in Tokyo—and how the less fit, like yours truly, are getting into it.

Jogging in Tokyo: Where to go

I personally like to jog through the back streets of suburbia (and many locals seem to favor this too), but if you’re looking to mix with the cool kids, you might want to try one of the following popular spots for jogging in Tokyo.

Ask anyone who lives in central Tokyo where to run, and they’ll tell you to head to Yoyogi Park. Just a few minutes from Harajuku and Omotesando, this central green lung has broad, looping paved paths that make for great jogging and strolling. Depending on how many times you run around the park, you’re looking at anywhere from 2 km to 10 km here.

Not too far away (about 1 km) is Meiji Jingu Gaien, an outdoor space with various sports facilities, including batting nets and futsal courts, as well as paths that can make for fun, short-ish runs. In autumn, one of the avenues turns brilliant gold as the ginkgo trees do their seasonal thing.

Nearby Jingu Gaien, you’ll find the Akasaka Palace, an official state guesthouse. While you obviously can’t access the palace itself, you can do a loop of the grounds, which should put about 3km on your run tracker.

If you want to be able to say you have truly run in Tokyo, you’ll need to head over to the Imperial Palace. One lap around the outer grounds (the path is wide and clearly marked) is a good 5 km, making it a bit meatier than the other jogging courses we’ve mentioned so far.

It may not appear in many Tokyo jogging lists, but I personally am rather fond of the Kanda River, which runs all the way from Inokashira Park to the Sumida River. In the Nakano and Waseda areas in particular, I think it has decent jogging paths on either side, though they can get a little narrow at times.

Then there’s the mega-popular Meguro River—of Nakameguro cherry blossom fame. Jogging alongside the long and winding river, under those lovely trees—what more could you want? Except every second jogger in Tokyo thinks that very thing, making this a crowded option, in spring at least, anyway.

If you want to run along the beach, Odaiba’s seaside park is probably your best bet. From Odaiba-kaihinkoen Station, you can trot down to the water’s edge and run along the boardwalk and paved areas. Like Nakameguro, Odaiba can get pretty dense, though—so go early for the best experience.

The big daddy of Tokyo waterways, the Sumida River is an awesome, scenic place to jog. Just jump onto the broad path (called the Sumida River Terrace) on either side of the river, and head as far as you feel like between the sumo hub of Ryogoku up north and Tsukiji down south.

Other parks and rivers

If you prefer to “get off the beaten track”, firstly, it’s time to stop using clichés, and secondly, you might want to consider some of these other places for jogging in Tokyo:

5 km runs in Tokyo: Get started with a Couch to 5K

If, like me, the idea of running anywhere further than the loo fills you with a sense of impending doom and a general but nonetheless deep understanding of what is and isn’t possible in life, a Couch to 5K program is the way to go.

Couch to 5K programs do what they say: they take you from zero to 30-minute running hero in 8–9 weeks. Gradually increasing the length of time you need to run from just one minute or less in Week 1 to the full 30 in the final week, these programs sneakily get you doing what you swore you couldn’t.

As I write this, I’m just starting Week 4 of the NHS Couch to 5K challenge. This one is a series of free podcasts featuring a nice British lady who guides you through each session, telling you exactly when to start and stop running or walking, and sharing tips along the way. There are three sessions a week, and each one is between 25 and 40 minutes long.

There are numerous other Couch to 5K programs available, both free and subscription, as apps or podcasts. Here are two I’ve looked into—one featuring the undead, and one that’s ultra-famous.

Note: You don’t need to be outdoors to do a Couch to 5K challenge; you can simply hop onto a treadmill (when gyms open again).

Also note: Once you’ve mastered the 5K, you can explore the slew of apps geared to get you up to the 10 km mark. You’ll be running the length of Honshu before you know it.

Know before you go: Precautions when jogging in Tokyo

In addition to making sure you wear sensible shoes and stay hydrated, there are a couple of other things to keep in mind when going for a run in Tokyo.

You may see some people wearing masks while running, but it is not a requirement nor does the Ministry of Health recommended wearing a face mask outside.

Don’t do it. Pause your run if necessary, but make sure you always use the pedestrian crossings when nipping from one side of the road to the other on a jog in Tokyo—jaywalking is (technically anyway) illegal in Japan.

Summer in Tokyo can be brutal. It’s been described (by me) as the experience of sitting in an oven that’s been dragged into a sauna. Nights and early mornings are probably your best bets for runs in the warmer months, but keep a sharp eye out for heat exhaustion even during those times of the day.

Also, though it surely goes without saying—never run outdoors during a typhoon or other severe weather.