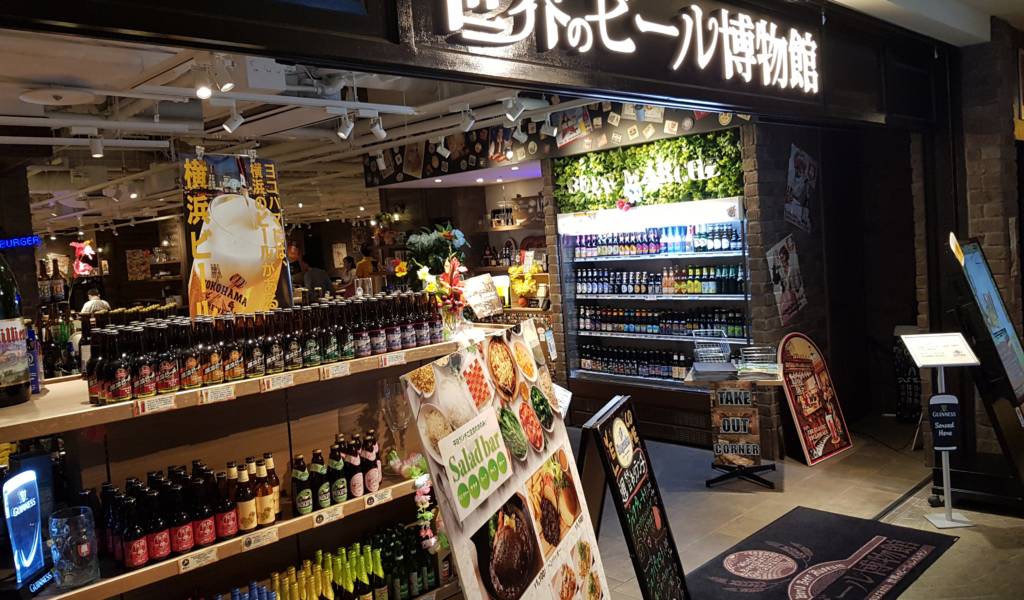 Located in the 2nd floor basement of the Landmark Plaza next to the Landmark Building in Minatomirai, World Beer Museum is more like a world beer theme park, with several internationally-themed bars and staff in beer fest-ish uniforms.

When they say “World” they really mean “Not Japan”, so all the beers on tap are imported. Among the choices are German, British, Belgian, Czech and American beers. Most come in a large variety of sizes including 250ml, 280ml, 300ml, 460ml, 470ml, 500ml and 1,000ml. Prices vary greatly, but as an indication, a 470ml glass of Pike IPA goes for ¥1,380 while a 250ml glass of Belgian Brugse Zot Blond goes for ¥800. While there are no Japanese beers on tap, they do have an extensive bottle menu, which does include a few craft beers from throughout Japan. Prices for bottles too are quite high. A Teikoku IPA from Baird’s beer will make your wallet ¥1,150 lighter.

The food is a little more reasonably priced than the beer. Bar snacks are all ¥300, and sides (such as french fries, saurkraut and onion rings) are ¥500. Meals such as gambas al ajillo or fish and chips range from ¥700 to ¥900. There’s plenty of seating, making it a solid choice for larger groups of craft beer lovers.

There is no seating charge, but there is a 10% service fee as well—so add another 10% to all the prices above!

There are two other branches of World Beer Museum—one at the base of the Sky Tree, Tokyo, and another in Grand Front, Osaka.