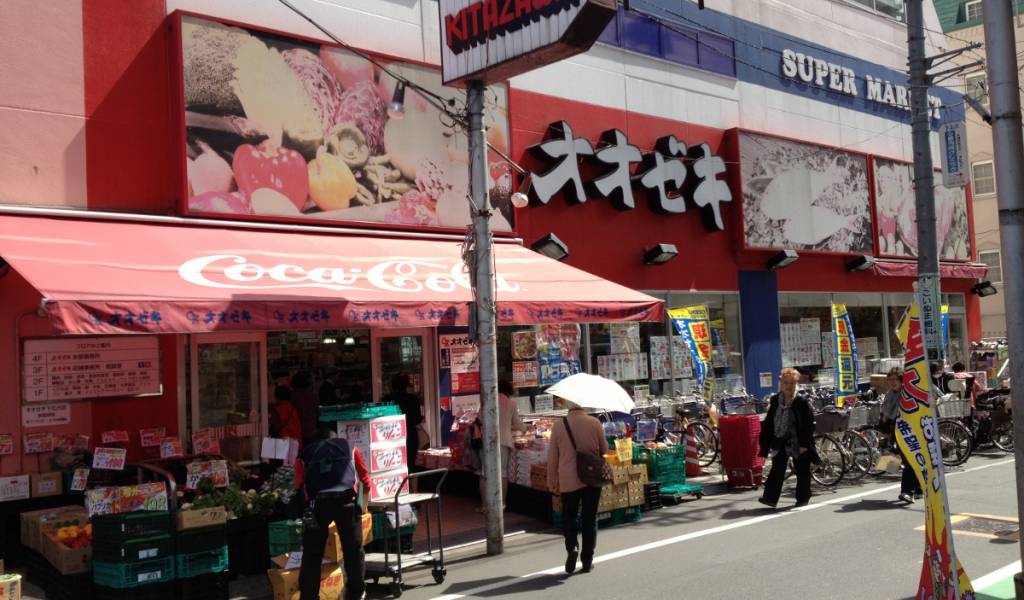 The Ozeki Supermarket branch in Shimokitazawa is not huge, but unlike the Peacock Supermarket on the other side of the station, it’s always teeming with housewives and keen locals picking up their groceries.  That’s because it’s simply cheaper and better – they have more range, lower prices and better quality.

Shimokitazawa is one of 35 branches of this mid sized super market chain. Unless you live in west or south Tokyo, you’re unlikely to have heard of them as the majority of their stores are in this area.

Despite the modest size of the store, they have a huge fresh produce section which puts the likes of inner city supermarkets like Maruetsu Petite to shame.  If you’d like to check out the current specials, their coupons and specials flyers are all available through their web site.

While there is a bakery, vegetables, dairy and beverages on the first floor, the second floor is for meat, fish and pre-prepared meals. The place really bustles with staff constantly restocking shelves and keen shoppers snapping up packages like they’ve got a train to catch.  This place appears to work on a big turnover of product.

Bentos and other pre-prepared meals are made on site.  From the shopping aisles, there is a clear view into the working areas were knife wielding technicians are deftly preparing more of the same.

As mentioned, the really impressive thing about Ozeki is that they don’t just manage to give you cheap stuff, the range and the choice is just staggering. For example, the pre-packed sushi area had fully 30 different varieties of sushi on display.