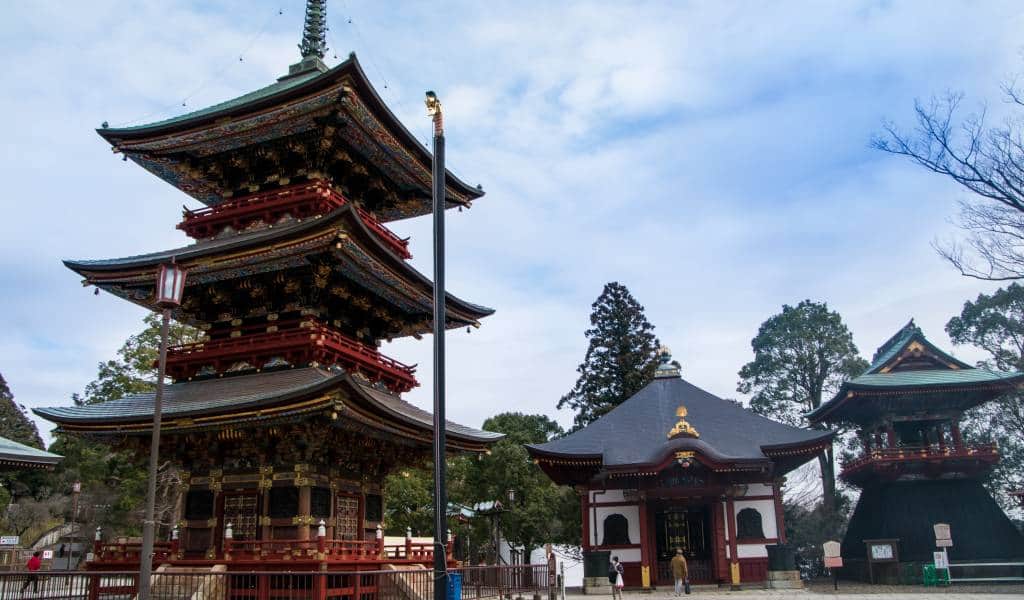 Making the Most of a Narita Layover, The Cheapo Way

You’ve got hours and hours to wait until your connecting flight, or worse, you have to stay overnight waiting for an early morning flight. What’s there to do during your layover, aside from checking out the souvenirs and keeping yourself fed? Luckily, you don’t have to consider yourself stuck in Narita International Airport, as there are places and activities to check out (which might actually make you enjoy your layover!) and facilities to ensure a relatively comfortable (by that, we mean comfortable for an airport) stay.

If you’re very keen to experience downtown Tokyo the ride takes about 90 mins, but here are some cheapo ways—most of which will give you a chance to experience Japan momentarily—to spend a layover in Narita Airport:

If your layover is at least 4 hours and you have the necessary documents to enter Japan, you can get out and explore the town of Narita. No, it’s not Tokyo, and it’s about an hour and a half away from Tokyo by train, but give it a try—it’s so close to the airport, and most tourists don’t include Narita as part of their itinerary, so it’s a chance to go slightly off the beaten path. Don’t know what to check out? Don’t have the luxury of time to get lost and ask for directions? Well, Narita Airport offers 2.5- to 3-hour tours of the area as part of its Narita Transit Program, with travelers having the choice of going for guided or self-guided tour courses. You can go shopping, see some temples, and take a stroll down the countryside, among other things. For guided tours, there’s no need to pay the volunteer guides, but admission fees to some establishments may apply, and participants should shoulder transportation costs themselves. Just find the Narita Transit Program Counter in each terminal to join a tour.

Do you want to go sightseeing around Narita on your own? It takes 200-260 yen to arrive at Narita Station from the airport via the JR or Keisei Line. Some tourist spots are a short drive or bus ride away, but the bus system in Narita might be confusing to foreign travelers (a previous loop bus system having been discontinued). Narita Transit Program will really make your life easier, trust us. But if you insist on touring Narita yourself, these spots are the most popular and are easily accessible from Narita Station:

The Naritasan Shinshoji Temple is over 1,000 years old, and its grounds are vast and dotted with Edo-era pagodas and several halls. Be sure to check out their daily goma fire ritual, which is performed several times a day and involves offering people’s prayers while chanting before the fire. Behind the main hall is a large park where you can enjoy some peace and quiet and admire the beauty of the changing seasons.

No, this is a different Omotesando from the one in Harajuku, but like that Omotesando, this one’s also a shopping street. Narita’s Omotesando, which literally means “front road,” is 800 meters long and leads to Naritasan Shinshoji. Walking down the road, you’ll feel like you’ve been taken back in time, since it looks like an ancient town. Indeed, this road has had an approximately 300-year-old history of welcoming pilgrims on the way to the temple. Have fun eating and buying souvenirs along this lively road, and, if you get lucky, you might even see a street festival in action.

3. Sleep in a capsule hotel.

The minimalist accommodation that is the capsule hotel—a hotel with stacks of pods (the “capsules”) for rooms—started in Japan, and you can experience staying in one, even in Narita Airport! Nine Hours, located in Terminal 2, has overnight rates that start at 3,900 yen, with variations depending on the season and day. If you don’t plan on spending the night in the airport, you can also get a capsule room on an hourly basis, for 1,500 yen for the first hour and 500 yen per additional hour. This rate already covers usage of the shower room, and you even get some amenities! Terminal 2’s shower rooms closed in 2014, so if you want to take a shower in that terminal, Nine Hours is your only option. You’d have to pay the same rate as you would if you were getting a room by the hour, so you might as well get a rather Japanese experience by staying in a capsule room! (And if you want to know more about them, read our friendly guide on capsule hotels.)

4. Chill out at Traveler’s Lounge Rassurants.

This option isn’t as exciting or unique as the others, but it’s quite practical—and cheapo! If you don’t feel like going out, and just want to get some rest and relaxation, you can stay at this lounge, which is available in both terminals, for only 1,030 yen (520 yen for children). There’s no time limit for staying there, and you can go in and out whenever you please, so you can shop and eat. Open from 8:00 am-8:00 pm, they have free coffee and tea as well. Narita Airport is offering an approximately 50% discount on the usage of Rassurants,so you can use that lounge for only 500 yen (250 yen for kids). Similar discount coupons are available for the airport’s shower rooms, which regularly cost 1,030 yen for 30 minutes.

Open with Maps
Written by: Tiffany
Filed under: Places to stay | Things to do
Tags:
Sharing
Questions or comments about this article?
Start a thread on our community forum
Ask our local experts about Tokyo