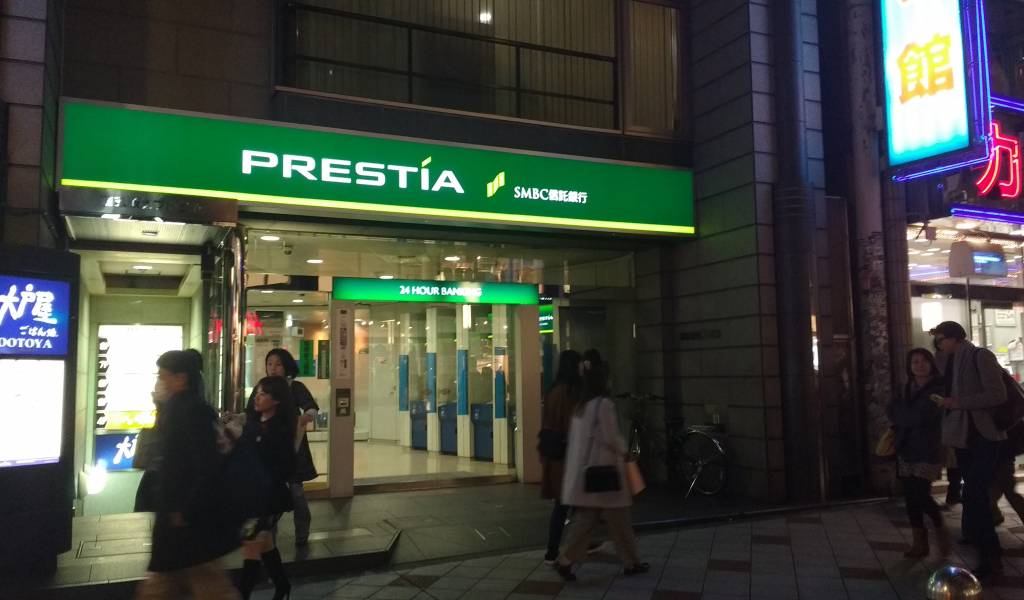 Withdrawing Cash from a Japanese ATM with a Foreign Credit Card

Japan is sometimes called the Galapagos Islands of technology—a place where systems evolve in parallel to everywhere else in the world. One area in which this is quite apparent, is bank ATMs. While most ATMs you come across will straight out reject your card, if you know where to look, getting a cash advance or withdrawing with a debit card should not be a challenge.

Most commonly found in 7-Eleven convenience stores, 7 Bank ATMs are one of the most reliable places to get out cash with your non-Japanese credit or debit card. One thing to be aware of is that there is a daily limit on the amount you can withdraw on your credit card of ¥100,000. Another is that services may be unavailable for a ten-minute window around midnight—depending on the system your card belongs to. The machines support Plus, Cirrus, Maestro, Visa, Mastercard, Union Pay, American Express, JCB, Discover, and Diner’s Club.

Need to send money home? Likely the cheapest and easiest method for transferring your yen out of Japan is TransferWise.

If there are no 7-Eleven machines nearby, another option is the nework of ATMs provided by E.Net. There are more than 13,700 of these ATMs nationwide and they are available 24 hours a day. The machines are usually located in convenience stores and supermarkets. Notably, they can often be found at convenience stores Family Mart, Daily Yamazaki and MiniStop as well as national supermarket chain Maruetsu. Unlike 7-Bank however, they’re not directly connected to the stores, so don’t be surprised if you walk into a Family Mart and find an ATM there that you can’t use with your card.

Japan Post Bank ATMs are bilingual and support most international cards. One issue with Japan Post Bank ATMs are that they are a little less ubiquitous than Seven Bank (although on the other hand they may also be available in small towns without a 7-Eleven.) They also close for business from 9pm until 8am on week days and (depending on the location) from 7pm on weekends. Apparently even ATMs need some time off to rest their weary electronic brains.

Prestia is a banking service for foreign residents in Japan run by SMBC Trust Bank (not to be confused with regular SMBC). Prestia took over Citibank’s operations in Japan in 2015—which included a network of ATMs. In my experience, when my card has been rejected by 7-Bank and Japan Post Bank, I’ve managed to get it to work with Prestia—so if all else fails, head to one of their branches, mostly located near major stations in Tokyo.

While Tokyo is well served by Prestia, the rest of the country is not so much. Prestia has only one branch in Hokkaido, none in Tohoku, seven in Kansai, three in Tokai and one branch in Kyushu.

If you’re arriving without cash and you think you need some, your best bet is to stop before you leave the airport. Both Seven Bank and Prestia have at least one ATM in each of the international terminals at Narita, Haneda and Kansai International Airport.