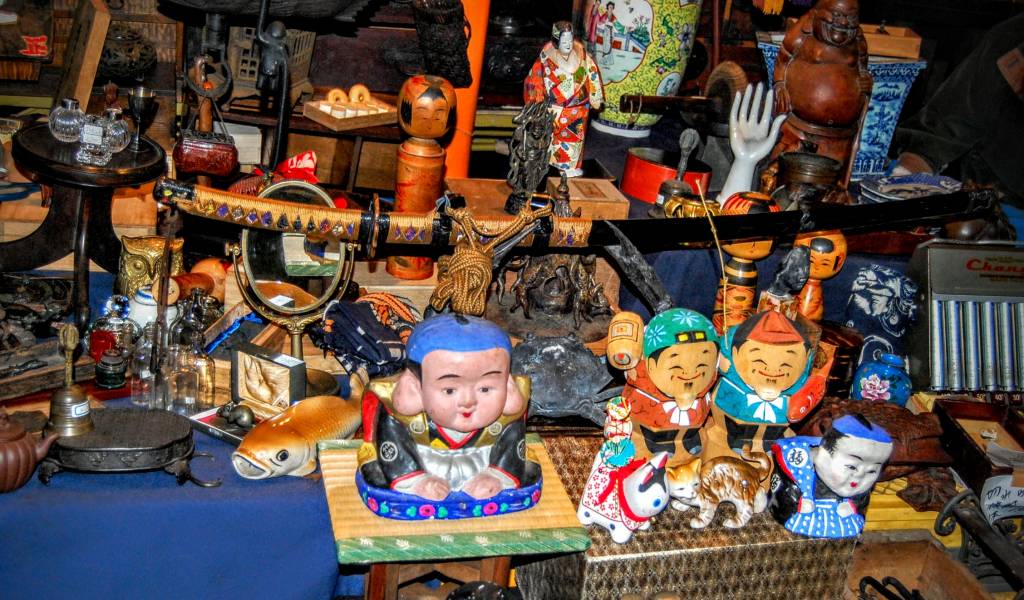 It isn’t officially the 47 Ronin Festival, the name of the festival is actually Akougishisai which translates to something like ‘loyal servant festival’ – but it’s at Sengakuji temple and really it’s all about the 47 masterless samurai.  Don’t expect a tacky Keanu Reeves style Hollywood re-enactment though, this is a solemn occasion. As the guardians of the legend, the folks at Sengakuji take their role seriously. The ceremony at the graves of the not so merry band of warriors begins at 11am. The closest station is named after the temple – Sengakuji.

December is the month of winter markets in Japan. One of the oldest and most famous is the Setagaya Boroichi – a giant all-day flea market which takes place on two days in December and again over two days in January. The December edition happens each year on the 15th and 16th – which happens to coincide with a weekend this year.  Competing for your holiday yen on the very same Sunday is Happy Trade Christmas at Yoyogi Park.  Happy Trade Christmas is brought to you by the Earth Day Market people – who seem determined to make Earth Day as often as possible with monthly markets throughout the year.

The winter illumination sites are starting to get a tad crowded as we head towards Datemas Eve on the 24th. If you want to avoid the insane crowds you had best get in quick.

Written by: Greg Lane
Greg's Tokyo favorites are: Shinshu Osake Mura, Kiyosumi Teien Garden, The American Craft Beer Experience 2022
Filed under: Events | Things to do
Tags:
Sharing
Questions or comments about this article?
Start a thread on our community forum
Ask our local experts about Tokyo