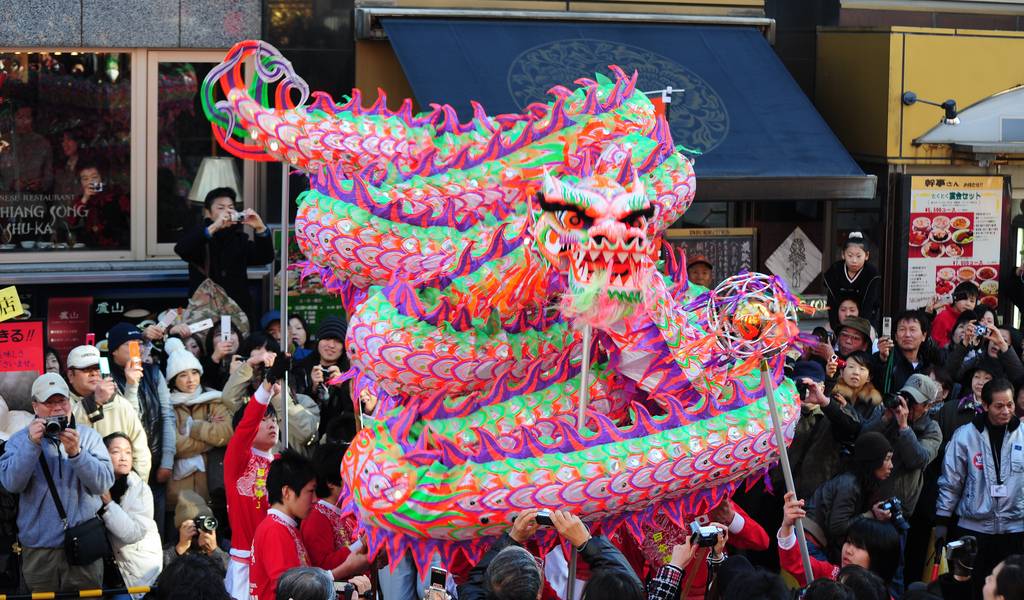 Feel like getting out of Tokyo? Then head to Yokohama China Town to celebrate the Chinese Lunar New Year, which officially starts on January 31st this year.

Also known as the Spring Festival, it’s an important, fun-filled two weeks of festivities that wrap up on February 14th. You’ll be able to sample delicious Chinese dishes, including traditional sweets, while enjoying lion dances, dragon dances, gong and cymbal music and more. There will be dance performances on both Saturday and Sunday afternoon.

Another popular early spring festival that’s on this weekend is the Shimokitazawa Tengu Festival. Bean-flinging (for good luck) and giant red tengu heads (tengu are protective, kind of scary spirits from Japanese folklore) in what’s already one of Tokyo’s coolest areas make for lots of fun. It’s a setsubun (the transition between seasons) event with a difference. For a more traditional setsubun experience, you could also check out Zojoji Temple on Monday.

If you’re not big on crowded streets, the Andy Warhol: 15 Minutes Eternal, which opens on Saturday at the Mori Art Museum, might be more your scene.

Written by: Carey Finn
Carey's Tokyo favorites are: artless craft tea & coffee
Filed under: Events | Things to do
Sharing
Questions or comments about this article?
Start a thread on our community forum
Ask our local experts about Tokyo