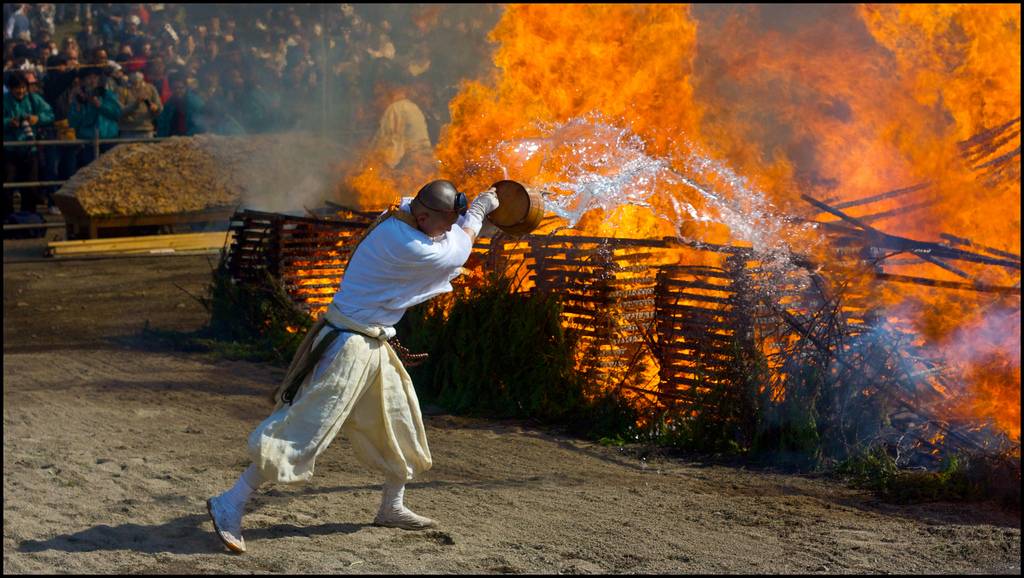 Cheapo Weekend for March 9/10: Walking on Hot Coals and an All Japan Food Festival

You can see and perhaps even participate in fire walking at the Mt Takao Hiwatari Festival (link in Japanese) near Takaosan Yakuouin Temple this Sunday, March the 10th from 1pm.  The sacred act of walking on hot coals and embers is regarded as an act of cleansing and purification which as well as being good for cold feet also apparently promotes plenty of good stuff including world peace, longevity and health, prevention of disaster and protection from road accidents. The festivities are a short walk from Takaosan Yamaguchi Station on the  Keio Takao Line that is easily accessible from Shinjuku.

With the slightly milder weather also comes a weekend festival at the event square in Yoyogi Park.  Only a bunch of bureaucrats (public broadcaster NHK) could come up with such a wildly long and uncatchy festival name – the “Furusatoshoku Nipponshoku Zenkoku Festival”  (link in Japanese).  A loose translation is the “Japanese food from all over Japan Festival”.  The festival will – as the name suggests – feature food from around Japan.  There will also be performances on the stage as well as various NHK characters roaming around, including Domo kun – think a Japanese version of Mr. Hanky with bigger teeth. The festival takes place on both Saturday the 9th and Sunday the 10th from 10am until 4pm.  The closest station is Harajuku/Meijijingumae on the JR Yamanote and Tokyo Metro Chiyoda and Fukutoshin Lines.